Leftist, we need to have a conversation about mental health. 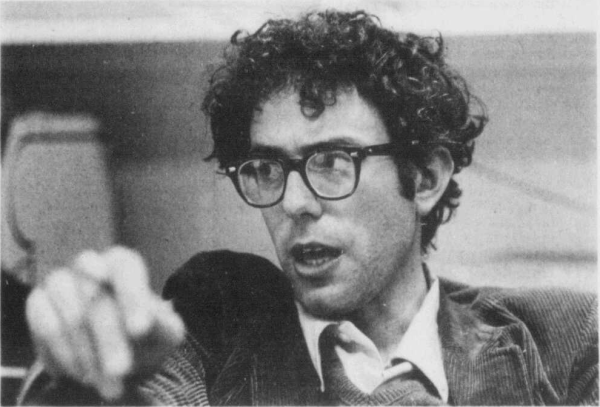 When I was young, a kindly adult told me this about someone we both observed having a mental health moment in public: “Crazy is when you see things that are not there.”

What is there? Physical reality, obviously, but that only tells part of the story. We know about natural law rules such as gravity, entropy, power laws, fibonacci sequences, standard distributions and the like. These unnerve us because they imply an invisible order to reality which we cannot control. And yet, we benefit from their ordering of reality not in equal ways but in patterns that reward purposeful activity.

Has anyone stopped to think that “should” is in total conflict with “is”? That perhaps the Leftist ideal of proclaiming what needs to be, based on human preference alone, is insanity?

If you were not crazy before Leftism, it will make you so. It will deny the reality as it is, and replace it with a human unreality based on should. This is no different than children having imaginary friends, or schizophrenics hallucinating an order in which they individually are the key to the universe, or Jesus, or even God.

The answer is that it speaks for the Ego. None of us wants to ever be poor, unequal and alone. But we cannot force this on the world; it is the province of things greater than us, from physics to genetics to logic itself. Instead we aim for what is achievable: reward the good, punish the bad, ignore the rest.

But the Ego hates this. What if I am the one who is poor, or beaten down, or sad? It asks. It projects itself into those who are in unfortunate circumstances, ignoring their own complicity in arriving at that state. Soon we are asking ourselves what we would do if we were meth-addicted single mothers with a criminal record. Through the paradox of projection, we have made our mental image of ourselves into something we would never be.

At this point, we have left sanity far behind. Possibility becomes what feels like reality, and reality — the consistent world in which we live — is far behind, buried under human emotions, judgments and feelings.

How can we leave sanity behind without feeling doubt? We are no longer in the world of what is possible, but what is possible in thought, a world of our own creation in our own minds. If we did not face mental health issues before, this path will lead us to them, most assuredly!

It is time we talked about the mental health of the Left. The Left, by its basis in what it desires and not what is true, leads people down the path of mental instability. Its ideas require denial of reality to seem real. This is not a route to health, but to the opposite.

Not coincidentally, many Leftists appear mentally ill, although mildly so. To them, wanting something makes it so, and most people are motivated by good, instead of the selfish short-term reasoning that is the norm. One cannot exist in both reality and this Leftist world. It will break the mind.

If Leftism requires insanity, or leads to it, it should not be considered on the same plane as reality-based narratives. Instead, it should take its place among fantasy books and pornographic films as wishful thinking. This type of thinking is distinguished by the fact that it cannot be real, and yet it appeals to the mind. The only error is in mistaking the mind for reality.

I admit I admire the motivations of the Left. They want everyone to be included, and every story to have a happy ending. Searching our souls, we find the same impulse. But the way to achieve these things is to accept reality first, and then to modify ourselves so that we fit reality, and can achieve the ending desired. Every great story consists of people giving up on Ego in favor of Reality so that a good ending could come about. None consist of people denying reality, and thus refusing the challenge of life itself, and a good ending happening anyway.

And so, I have to ask: if we take the motivations of the Left, but not their failed methods, what do we end up with? Conservatism: the desire to use the best methods for the most excellent (think Bill and Ted) results, even if that contradicts what our human Egos see as right. Is there a crossover? If so, it begins here, after discarding the mental unhealth of the Left.