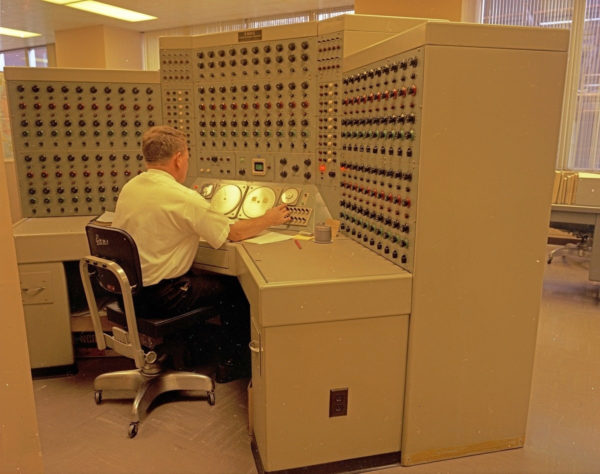 Back in the days of suffering through what passes for “education” in our declining civilization, you were probably told about “top-down” and “bottom-up” orders.

Leftists — most teachers and professors are of this variety, because it makes them feel powerful — fetishize bottom-up orders, or those which have no guiding principle except self-interest of their smallest particles. For them, self-interest means individualism, and they draw the line at capitalism, which they see as limiting the self-interest of other particles.

On the other hand, top-down orders occur with a plan in mind that is used to arrange all those little particles so they work together.

Professors tend to point to nature as an example of bottom-up order. Bacteria form, evolve, and become higher organisms, which then exist in ecosystems, where each particle serves one of many different roles, unequally, and together through acting out those roles, achieve a balance to the whole.

What they do not tell you is that this arrangement demonstrates all of the attributes of a top-down order, only done indirectly and not in the human method of carving things up with large machines. There is some kind of plan inherent to the order of nature where some are granted more power and form different levels of a hierarchy, much like eagles and sparrows are both birds.

This natural hierarchy is what Leftism seeks to abolish.

If Leftism has a message with its one ideological pillar, namely “egalitarianism” or the idea that everyone is “equal” (whatever that means), it is that we should have horizontal order alone, and that this will magically create a bottom-up order through competition. This extends from classical liberals (“libertarians”) to Communists; all want everyone equal, and then to see a magic calculation emerge from this.

Only traditional society offers actual social order, which is both top-down and bottom-up as well as both horizontal and vertical. Part of this is aristocracy, which includes social caste or its modern depleted equivalent, “class.” The classes are ranked in vertical hierarchy, but within them, there is horizontal hierarchy. This allows those who are good at making pottery to be ranked alongside their companions in caste, but also, for them to be limited from rising above their level of competence, where they will make decisions without having any idea how to do so.

Social caste is important because it liberates each group from competition beyond what is appropriate to it. Sparrows cannot compete with eagles nor can eagles subsist on grain and grubs as sparrows do, but both are needed. Without the eagles, the sources of grain up which sparrows depend would be unduly depleted by others, such as rodents. In this way, the unequal roles of the ecosystem hierarchy preserve health and happiness for all.

The difference between the ecosystem we had with traditional society and what we have now is that the past was based on authority, and the present is based on control. With authority, those in power are accountable for their decisions, and to that end, given more power. As soon as we regulate their power, they are no longer accountable, because those regulations have hampered their ability to act directly. Instead, we get Control: making everyone do exactly the same thing in order to eliminate deviation so that those in power remain in power. It turns out to be less hospitable to human flourishing.