Akon: This is not your country 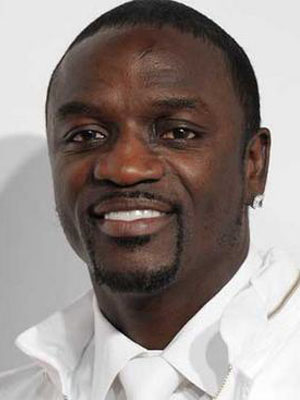 I know zero about rap music, but I think I like this Akon fellow. Apparently he said some things which have shocked — shocked, I tell you! — those who believe that our happy little pluralistic, diverse and relativistic Soviet-cum-commercial paradise is actually Utopian.

His statements alienated them because he affirmed in short order that we can’t all get along, and the solution is not to try to force each other to share toys and be nice, but to take a commander’s view of the situation and to self-segregate. Stop pounding square pegs in round holes.

As part of reminding us not to try second-guess God(s) and nature alike and assume that we, because we can think and have desires, know more than all of reality around us — an attitude the Greeks called hubris — Akon pointed out the wisdom of nature’s order.

To his statements, I add the following: I have heard people of the African-American persuasion use the phrase “We were kings, once, in Africa.” That’s a paraphrase but you get the idea. To this I add: AND YOU SHALL BE AGAIN!

The modern time was a detour from sanity brought on by the egomania of certain people who, taking advantage of the rapid growth of society, used the implicit social contract and passive-aggression to manipulate others into supporting absolute and total egoism, a/k/a radical individualism.

Because it requires social force to convince others to suspend reality so the individual can be absolutely autonomous, this “individualism” became the most collectivist and dogmatic force in history. However, it has been seen before.

Specifically, when any society is going to disintegrate, hubris-related concepts become popular. Such: that we’re all equal, we’re all equally able to think and feel, and that the judgment of any individual is as good as any other. This is a sign of the end.

What Akon is seen is what others are starting to see too: equality doesn’t work. The things it requires, like pluralism and diversity and relativism, don’t work either. It’s all a dead-end scam that leads to a collapsed nation where no one wins.

â€œEvery African American in the United States need to move their money, family, knowledge back to Africa were u will be treated like the royalty you are,â€ Akon captioned the below photo. â€œYou donâ€™t deserve this treatment. This is not your country!!â€ – “Akon suggests that blacks move to Africa following George Zimmerman acquittal” via Instagram

Africa is a wide-open continent. If it is not ruled by its people, the ongoing Arab, Indian, Chinese and multi-national colonialism will take over and alter it forever. The continent needs her people back to defend it.

In the meantime, where should Africans be? Where they are kings. Where they once were kings, and shall be again. A continent of their own to shape their own destiny.

If it takes a rap musician to tell us these things, we should be thankful that someone finally said them in a public setting. I’ll probably never listen to his music, but this Akon guy is on the top of my good-guy list today.