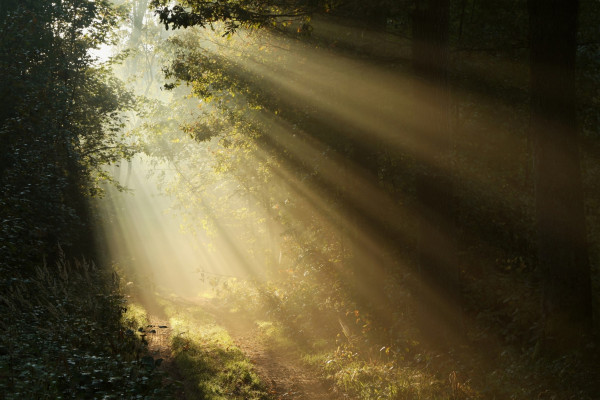 Old men grumble in the frosty morning. Their fingers are stiff, their jaws set. They fumble with the difficult objects of everyday life.

Part of what makes them grumble is that, having a lifetime of experience to know the difference between mediocre and adequate, they realize the world quickly separates itself into incompetents and competents. And the incompetents are winning.

They might bemoan for example the cheap plastic nature of most gadgets now. “This crap won’t last a winter.” They’re right in spirit, although usually wrong in terms of length of time predicted.

But the bigger point is that the old men are right about the objects in our daily lives. That is the role of old men; they are less active in the bigger picture, and focus on the more day-to-day.

And yet, doing so makes sense. The day-to-day is what influences our moods, our outlooks, and how we’ll respond to the world. If the door lock sticks, and the garage door opener is a plastic piece of junk, and the spare on the car really sucks, is it surprising that people are embittered and negative?

Old man grumblings illustrate what is in my view the most destructive aspect of the modern world. In order for us to all be equal, we must ensure that our focus as a society is on methods and systems, not quality of individuals.

As a consequence, we set up an educational system and many metrics to measure merit. But do we really look at people as far as their intent, as whole people? We do not. And thus if Gary who manages the team designing the garage opener finds a way to make more profit by making it flimsier, Gary gets promoted.

It wasn’t always this way, which is what old men remember. Back when they were young, there was a strong culture. A culture that said that if you ship a piece of junk, it reveals you as a piece of junk. That you never make something flimsy because someone out there will be relying on it. That profit is only sensible when it doesn’t come at the cost of being what your culture says is a good person.

The neurotics, abused children and addicts who form the basis of the left found such an attitude enraging. Why should their free spirits be constrained by culture? Why should we have values at all? Let everything slide; then we’d be free. But free to do what, exactly?

Free to use flimsy garage controllers, to have fumble-prone locks, to replace disposable plastic gadgets, to drive down roads choked with people not paying attention, to wait in line while low-information workers bungle your order, to file paperwork so bureaucrats can lose it, and many more examples of everyday insanity and stupidity. That is what focus on method has produced. It’s easy to control from the top but results in the day-by-day are bad.

The free spirits are the same as they were seventy or a hundred years ago. Their problem is that they are neurotic, abused/angry, and strung out. Their problem was not a lack of freedom, but their own behavior. They’re doing exactly the same stuff their early precursors did, which is to be bohemian, “act different” and flaunt social mores. But like a broken record, these behaviors ring hollow now too. They do not lead to enlightenment. Even if we found they were not harmful at all, their utility would be dubious, since they do not get us someplace better. And yet the free spirits persist, because these behaviors are how they justify their position in life. They want us to look at them backwards, and see not people with problems, but brave innovators living on their own terms. This is why they invent those behaviors: to, like good actors, fit the role they are playing.

A modern person confronted with this dilemma will view the problem as insoluble. There is no other option, they think. But there is: stop the focus on methods and systems. Focus instead on quality of people. We’re not all equal; some are better in character, morality, ability and the talent to see the whole picture. Start getting those people into positions of power.

You can burn most of the laws, regulations and certificates at that point. Put good people in power. Put bad people in charge of nothing. Good to the good, bad to the bad. It works out much better than our automated assembly line governments which can focus on only one attribute at a time, thus leave us grumbling in the morning that everything sucks and no one is paying attention.