Conservatism needs to de-marginalize itself 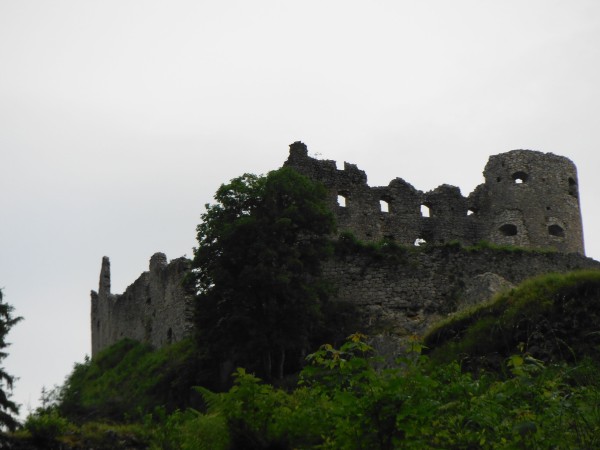 The internet is filled with people who make declarations. Very few have actual experience; most are cheerleading for whatever they’ve found so far that makes sense to them.

There are many among us who seem to think that politics is found by rounding up such people, forming a group that chants the same thing at the same time, and then “by magic” the world hands us control.

They’ve left out an important element:

While many espouse mass politics, it seems to me that the politics of the upper half of the middle are what always determine success. That is, out of the people out there, what those who are of above-average ability, wealth, and power but not yet in the “elites” think.

The reason for this is that the poor are neutralized because there is one reason they are poor: they make horrible life choices and thus, with whatever options they do have, they squander and are unable to build up any kind of wealth over time. The elites are neutralized because in organized society, in order to get into the elites, one must first basically obliterate one’s mind with tons of “knowledge” that involves rules which constrain what you see as possibilities. This is why non-organic leaders are blind: they are navigating a template imposed on top of reality composed of rules, regulations, socialization and numbers. (The exception here is natural elites, or people gifted with exceptional intelligence or insight. Those are marginalized by the nature of their difficulty socializing and society’s total and consummate resentment of them.)

But then there’s the people in the middle. They range from average all the way through gifted, and on the upper half of their spectrum, are the kind of people who get things done. Many are natural leaders. Others are natural nurturers. When you think of the people you choose as “go-to” people in any environment, this is that group. The people who do well at being professionals, educators, clergy, businesspeople and artists fit in this category.

This audience demands two things: (1) that you actually solve problems and (2) that you do so without creating bigger problems. They are ideologically neutral, concerned mostly with raising their families and having their businesses or careers. The left satirizes such people as “bourgeois,” but that’s too broad of a brush. They are simply normal.

As a group, these people do not jump up out of bed for ideology. They do not care about “should.” They care about what works. And thus single-issue parties like greens, racialists, communists, etc. generally do not appeal to them. Their weakness is that they like to consider themselves nice people, and have guilt for being prosperous, so they tend to lean left until given a reason not to.

One reason these people have not awakened to the great question of saving our civilization from self-destruction is that it is too distant. They are more concerned with what they can do right now, not predictions and history. This is a failing brought on by their greatest strength, which is that they engage in practical behaviors only. It is very difficult to “prove” to these people anything beyond the immediate.

What they do respond to however is comprehensive plans based around singular ideas. They like these because they can predict them. No surprises means they can build their businesses and families around them. But it has also to be a comprehensive plan.

The right will start winning when it unites on a single comprehensive plan. It fails when people drop out to discuss single issues, as happens with greens and white nationalists. Bringing those people back together and uniting the group on an idea is the only way forward with victory.

If you want to know why this blog is generally conservative, it is because this is the only theme broad enough. Traditionalism confounded itself by insisting on a religious basis, ignoring its historical roots in the Platonic idea-before-instance argument. The New Right has ensnared itself in ideological tangles while it tries to remake itself as a leftist movement. Mainstream conservative movements that also embrace gentle nationalism are succeeding.

To see this pattern, you may have to overlook the dramatic news stories of the day. When one party makes some headlines temporarily, in a country far dissimilar to your own, this does not mean the Great War for Rectification has started. It means events are more complex than one might think.

Over the past centuries, one pattern has held consistent: conservatism loses to liberalism because conservatism is dis-unified where liberalism is solidly unified. Our enemy is liberalism, not liberals; our cause must be to unify ourselves, present a method and goal for change, and then to demonstrate that as a form of self interest to the audience.