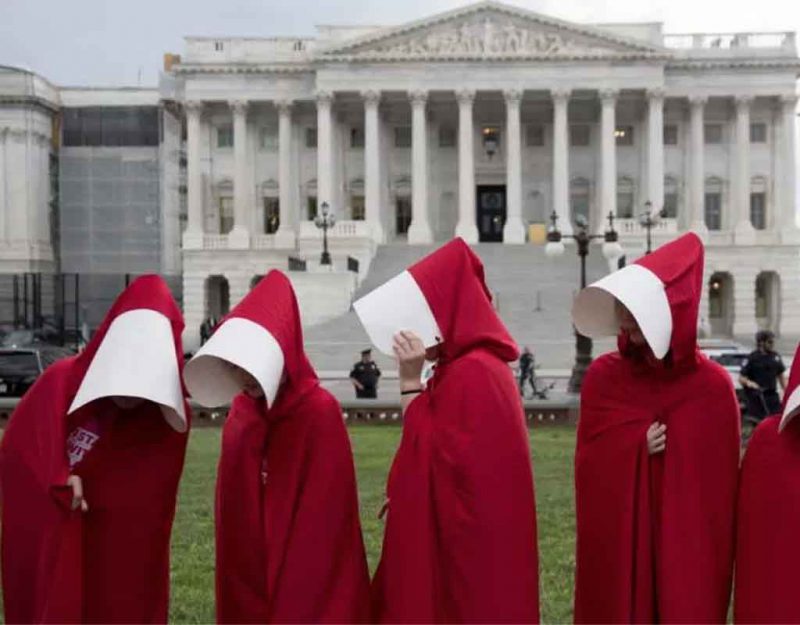 In the year 2084, when the latest president of Amerika, a self-identified transgender non-binary aqueous Whirlpool 3000 washing machine and dryer, had taken office, Arondight knew that he had had enough.

The world had descended into the madness of the Left for a while now, but Arondight had held onto the hope that things would have gotten better. But now, he was not so sure, and so he had a mind to leave this planet. The community he resided within was in the countryside, far away from the left’s influence, where he and the very few last sensible people on Earth could live their lives in their own way. But with this latest appointment to office, that was now under threat and the clock began to count down.

Thankfully Arondight was a young and brilliant engineer, but unfortunately he was also a man, so they fired him for not meeting diversity quotas. The space programme that he was a part of had all been replaced by women in the name of equality and fairness. All of the rocket designs that this group invented had failed, but rather than recycle these parts, they were thrown aside.

Living on beans and bread, Arondight took a couple of lads and rummaged through the junkyard of space stuff. It took weeks to gather all the materials necessary and even longer for him to design and begin building his own spaceship. The others in the community helped in any way they could, for they were eager to leave as well, but as this project progressed, it attracted unwanted attention from the new government.

There came a day when the newly appointed law enforcement arrived at their community gates, which were built specifically to keep them out. Since the police had been defunded a long time ago, the new police had formerly been recruited from the BLM rioters of 2020, but now they were known as the Association of Security Services Exacting Security (A.S.S.E.S for short). When they came hammering Arondight sent his good friend Bors to meet them.

The gate itself was a massive one, made of wood but reinforced with steel, and there was a slit through which persons could talk. It was here that Bors stood as he opened the slit to see the dark faces staring at him.

“Can I help you?” Bors wondered.

The man said, “What is that big thing you are building?”

Bors looked back at the long shaft which towered over the houses surrounding it, “That was a special order…from your mother.”

The man’s eyes widened with rage. “We’ll be back!” He commanded his fellow A.S.S.E.S and they began pounding on the door.

Bors took that as his moment to leave and returned to Arondight to let him know that he had angered the A.S.S.E.S. Arondight waved it off, since they were not his concern because the rocket would be finished soon.

A month passed and the rocket was ready. Arondight and the others boarded it while the city watched. The mayor assured them that a man would not be able to build a better rocket than a woman, and so the project would obviously fail and result in catastrophe. However, when the thrusters ignited and the rocket began to climb, the smile was wiped off their his face. Soon Arondight and the others looked down on Earth from space and waved farewell and their journey began.

They traveled at light speed for many years before they were able to find a habitable planet. There they settled and using what they had brought, began life anew. Arondight proclaimed himself the King and took a wife, Guinevere. As the generations grew they were taught of traditional values and folkloric tales and myths with those same messages interwoven. When the founder of this civilization grew old and died then his sons took over and so the society continued.

A long time after there came an intercepted broadcast from Earth. A meteor was hurtling toward the planet and its leaders pleaded for the return of Arondight, as all their most brilliant minds, try as they might, could not construct a rocket to save themselves. Regardless of what the sons of Arondight might have wanted to do, it was much too late for that, as this broadcast had occurred years before.

Galahad, Arondight’s eldest son built a device that would allow him to see the destruction of Earth. As the light had not reached them yet, there was still a chance to capture it. And so the day came when the Earth would be destroyed and into his device he peered, but the Earth was so far away that all he could discern was an infinitesimal blip in the vast emptiness of space.