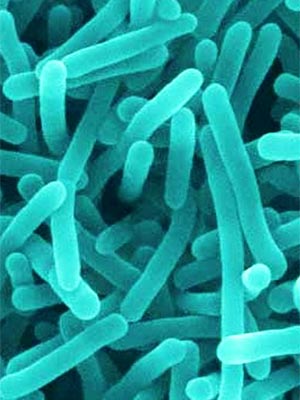 While our methods have improved, democracy will always be like a lone orator speaking to a crowd: simultaneously attempting to both tell them what to do, and to bargain with them so they do not push the state into anarchy.

Democracy is after all halfway to anarchy; we’ve eliminated the concept of finding wise elders who can make hard decisions, and instead we’re letting those decisions make themselves based on what is most popular with the crowd assembled before us.

While democracy provides those who are wronged a chance to shout out and be heard, very few of those who are “wronged” are actually wronged, and so we quickly dissolve into internal squabbles over things that other people have created.

By making the granular unit of society the individual, instead of the tribe or locality or family, we encourage people to think only of themselves. Since their viewpoints are as valid as any other, they then do not understand why others have more than they.

For this reason, democratic societies perpetually ring out with more demands and a “solution”: take that money from the rich, and give it to us.

The president once again proposed in his budget to curtail high-income earners’ tax deduction for mortgage interest payments and charitable contributions.

Under his proposal, taxpayers in the 33% and 35% tax brackets would only be able to deduct their contributions and mortgage interest payments at the 28% rate. It would affect those with taxable income of $250,000 and up and bring in $321 billion over 10 years, according to the White House. – CNN

The left, being more in touch with the social demands of governance than the economic or political ones, favors this type of approach. Many of our wealthier people — especially those in social businesses like entertainment, media and academia — agree.

However, this approach ignores a fundamental problem — the “rich” don’t exist, at least as we conceive of them. It also highlights the difference in social models between right and left:

The forest canopy model works best when people understand why others have more than they. This is why aristocracy functioned well for so many centuries: the people with the money were the founders of the civilization, and those who both provided for and took care of those below them.

In a society with no such clearly defined social roles, the rich are merely people who have more money. They don’t exist, but we’ll get to that in a minute. If Joe Bob invents a sheep seduction kit and becomes a billionaire, we can see that as semi-arbitrary. He got lucky, so we want some because our luck wasn’t as good.

The bacterial model on the other hand is always more popular. Everyone has the same amount, so no one is getting ahead, and we all have no reason to feel bad about what we have. Its problem is that by spreading the wealth, it crushes the ability of civilization to do anything but consume what already exists. Organization is impossible, as is any allegiance beyond the individual. It’s a new kind of isolation where acting in your self-interest makes you more alone.

Our politicians in the West have been flirting with the bacterial model for the last four centuries because it seems like a sure-fire way to win elections. The popularity of an idea creates an instant majority and the politician gains power, they face an electorate who will always demand more and always at the expense of “the rich.” This model only works in established civilizations where wealth is abundant and people have lost touch with the forest canopy model.

But as said above, the “rich” don’t exist. There are a few superbillionaires who own gigantic companies, like George Soros or Richard Branson, but they are beyond the reach of most governments. The people normally referred to as “rich” by politicians are those making $250,000 annually or more.

Unlike the Paris Hiltons of the world, this group isn’t “rich” by any rational definition of the word. They cannot afford to stop working. They are generally professionals and small business owners, a group that disproportionately employs a high number of their fellow citizens. Under the forest canopy model, these are the trees that get the most sun, but have birds nesting in them and multitudes of animals feasting on their fallen fruit.

What most of us forget is that there are two clear reasons these people have money: first, they went through either extensive schooling or many years starting up the business, during which time they put in longer hours than most of us would stomach. They also generally put in more hours per week than any salaried worker would endure. Finally, if they’ve succeeded at their chosen profession, they have shown us that they have some level of competence that is rare in our populations. These trees get more sunlight because they are the trees most likely to convert that sunlight into nutrition the rest can share.

The rich also don’t exist because of the relative fragility of dollar values. You could buy a new car for $1500 in 1950. And this is where the bacterial model causes problems.

If we start making the rich pay, we’re going to start changing our definition of “rich” as the value of our currency changes. As we spread our income thinner, the amount of mobility in the system will decline, decreasing the worth of our currency as demand (in a time-sensitive manner) falls. Thus the people in the $250,000 and over tax bracket today will be a different group than those we’ll attack with taxes when our currency is worth half as much. It will be like running a stalk of wheat through your hand and squeezing off the germs, starting with the wealthiest and finally attacking those who are simply not impoverished. Equality will be had somehow.

Finally, by trashing our professional classes, we’ll leave all decisions open to one factor — popularity. Popularity measures how good an idea sounds, not its consequences, and it is where the left triumphs and also explains why so many of us resist the left. By penalizing the “rich,” we throw more power to those who are less capable: 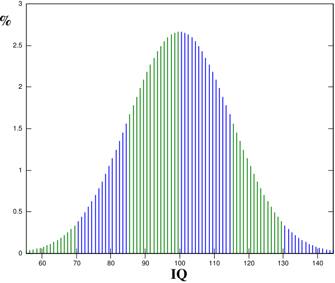 Image from Heritability of Human Intelligence: IQ and Eugenics | Nature.com

Intelligence allows us to make decisions accurately according to consequences. Look to the left of the 120 mark on that chart; you’ll see that the majority of our citizens fall into that group. Yet educational experts traditionally tell us that 120 IQ points is where college education starts to make sense, and not before. The most popular ideas in our society are non-consequentialist because the majority of our people don’t understand basic concepts in economics and politics, and per the Dunning-Kruger effect, assume they are smarter than those who waste their time with such silly things.

Let’s look at a popular notion that extensively damaged one of our better corporate citizens:

But now a 10-month investigation by the National Highway Traffic Safety Administration and the National Aeronautics and Space Administration has concluded that the most common cause of sudden acceleration in Toyotas was driver error. “Pedal misapplication” was the official term â€” in other words, drivers who thought they were stepping on the brakes but were actually stepping on the gas.

The investigation found that two other causes of the uncontrolled acceleration were an accelerator pedal that could stick and floor mats that could trap the pedal in a depressed condition. Toyota addressed both of those causes in recalls.

But that didn’t stop the “sudden acceleration” hysteria from sweeping the nation, as it has in the past with other manufacturers’ vehicles. – Salem News

This is another form of the tax-the-rich mentality: if something goes wrong, blame the people with the money and power. After we waste billions of dollars and endanger many jobs, we can sit back and realize that after all, the problem was user error. Similarly, problems in our democracy are often user error, especially wanting free handouts at the expense (and sacrifice) of our most productive citizens.

Taxing the “rich” is not a solution, especially when the real problem we face is that we cannot stop spending and will double our national debt and we face a record deficit as a result. But it sounds good on the evening news.