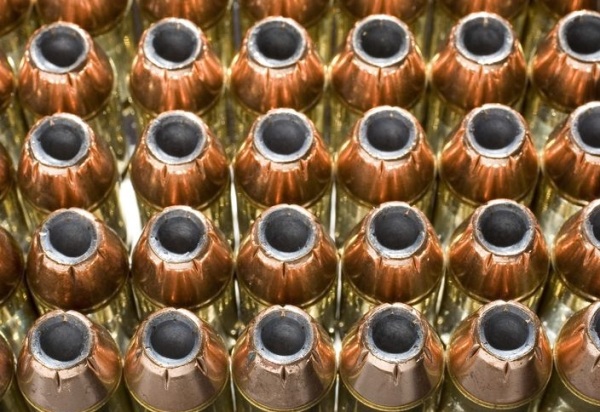 It would be convenient to have a rug under which to sweep Cho Seung-Hui, preferrably a metaphysical one so we could banish the image and significance of what the 32 dead at Virginia Tech. We could then go on with our distracted, neurotic lives and salve those nerves with television news about people faraway dying and how our way is right, because we’re bringing them freedom, the same freedom that hippies and large corporations alike endorse.

Most of us have already swept him under a carpet of oblivion, and we peek under it only when a news agency grateful for a story that’s “significant”-sounding — weepy, angry, indignant or cloyingly uplifting — pumps it through the incessant firehose of mass media. Since media is a product, they have to keep the machines running, and if the soup is thin, we can add chicken fat and stale grain until it thickens. Next up: an interview with Cho’s boyhood pet dog.

Our nonsleeping back brains keep us from entirely sweeping him away. Some of our best thinking goes on there, because we’re accustomed to a society where reality is split from public reality, and so we cynically consume media but get our most valid data from trusted friends or sage commentators. It resembles our jobs where bosses assign work based on the published capabilities of products, and we have to patch it together in the real world with duct tape and spit. We receive grand proclamations from government and media, and translate them through a filter of lowest common denominator motivations: business as usual, each person claiming whatever it can to enrich itself.

In these ancient animal parts of our brains, where survival calculations occur that are so fundamental even a media onslaught cannot fully dim them, we are aware of a fundamental archetype that Cho fits. We see him outside of the hand-wringing moralizing of our liberal TV anchors, outside the fat flaccid contentment of our wealthy overlords, and outside the scientific salad of psychological phrases that makes it seem like his condition was diagnosable, and not the choice of a desperate man. We realize he is the predator that arrives when the prey-species becomes too fat.

Much as in nature, when a species becomes prosperous and overpopulates an area to the point where it cannot feed itself, and predators arrive, when humanity has grown past all logic and is heading for a massive fall, the predators like Cho appear, driven by the rage of immersion in too many useless people. We bemoan how humanity is the only species that makes war against itself, but a phantom thought flits through our brain: if we are not pruned, might a worse fate await?

Cho’s predation is distinctive in that he was not hungry physically, but metaphysically. He was far from a culture that understood him. He had been denied the status others had, told to “go back to China” when he was young, and found himself in a school surrounded by the idle children of America’s middle class. This middle class is composed mostly of people who rose from poorer origins, found a way to take wealth out of society with some business or another, and now live in comfortable oblivion because they lack the foresight that people of education need.

They’re fish out of water as much as Cho was, and their indolent drug-abusing, product-buying, promiscuous and vapid behavior disgusts us when we see it — but they count on us not seeing it. This is why people are secretive, knowing a back-brain shame not from moral reasons but from awareness that their behaviors and lives are products of inertia and nothing useful, when they commit their little sins. They seem brazen, but they’re counting on us defending their freedom to act stupidly and our constant distraction so we do not add up all the incidents. Predators like Cho did the math however.

Perhaps this is the reason that so few acted against him. One student barricaded a door with a table, and was called a “hero” for what other healthier generations would consider the minimum acceptable response to the situation. No one challenged him. When the cops arrived, they took their time to clear the scene before moving in. No one wants to get killed for what is just a job, and what makes it just a job is that we distrust our weak and vapid fellow citizens. Would you die for an idiot?

The yammering voices of media and neurotic, empty-headed people will fill the next few weeks with “insightful” hand-wringing over the event but come up with no answers, because the real answer is so obvious it both does not need saying and is violently taboo. They will talk about how he was depressed, or perhaps psychologically unhinged, but if we look at humanity like a natural species, we see the situation was one of too many sheep and not enough wolves. Sometimes the sheep birth a wolf among them at such times.

It might be preferrable to have honest predators again. A predator knocks down your door and consumes you to feed a normal amount of children. A parasite worms its way into your life with kind words and marketing diagrams, then sits at your table and takes a little every day, but breeds an exponential amount of parasites. Predators are fast kills, and parasites, a slow death. We are surrounded by parasites who use social abstractions like economics and morality to contribute nothing but take wealth and energy out of our civilization. Predators trim these, just as in nature they remove the old and sick.

Of course, no one wants to see it this way, and admit we’re organic (thoughts of death and defecation ring in the mind). They would rather blame the gun lobby, who are up in arms about this shooting claiming that people kill people, not guns. They’re right. Guns just made it easier. The gun lobby’s dirty secret is that in their back brain they know a government of the people can’t be trusted, because most people barely have the judgment to live as individuals, and in a group, they make the worst kind of well-intentioned poorly-designed committee logic decisions that mainly help to suffocate independent thinkers. They want guns so when the time comes they can defend themselves against the dictatorship of the masses.

Koreans are afraid that retribution will occur. They are probably remembering the response of black and Latino communities in Los Angeles during the riots, who instead of marching on their wealthy overlords in the Hollywood hills, attacked their local convenience stores because the prices were high. Their biggest political statement was to loot recklessly. The high prices came from high insurance costs owed to the people in the hills, but that did not make it into the mind of the angry crowd armed with fire.

The Korean community should probably worry, but not about this incident, since our media has explained to most Americans that to be a good and fair person means not blaming the community for what one of its members did. That alone is fair. It’s not like Koreans are conspiring to produce excellent school shooters so they can claim the highest body count (remembering No Gun Ri, perhaps). The Korean community should worry because history shows that no multi-ethnic nation has ever emerged with a culture intact, and all have immediately descended into third-world status. Their choice is to be a target or be assimilated in a once-wealthy nation whose future is much less profitable.

And the usual pundits in Washington and New York are afraid that somehow, despite our elaborately concocted mechanism of morality and the “official” psychological studies that followed it, we cannot fully explain what happened at Virginia Tech. They’re right: psychologists have offered scenarios and conjectures but no clear reason why. We fear what we cannot explain away, because it implies that those cracks in our sciences might extend to our society itself. Given how useless our response to it has been, that looks very likely.

In the meantime, the slow gradual decline that has been evident since the Roman empire continues. We stopped trusting our genetically-capable leaders, natural geniuses like Socrates and Aristotle, and began to define our lives in material terms for the convenience of the individual. Truth vanished because we could choose whatever truth we wanted, if we could afford it. After our species labored for millennia to get to a point of wealth and comfort, those who came along for the ride used that wealth and comfort to secede into personal worlds, and used political force to make sure that rule applied.

Consequently, we get dumber and not smarter as the years pass, and more complacent because our lives lack any real meaning. We are here to make ourselves comfortable, and to create a comfortable metaphysical reality, not to explore the world and challenge ourselves. We are prevented from pointing out stupidity by the rules of the herd. We expand recklessly, while the population of intelligent people proportionately (and literally) decreases. Humanity is a headless stomach eating up earth and propagating itself in dumbed-down, vapid form.

This is why we get predators, and why when you turn on the news lately it is full of endless debates about the obvious. Global climate change may or may not be true, but it’s obvious that if you cover a planet in concrete and fences, you kill its natural life at a time when you can’t replace it with something better. Our brief detour into humanistic justification has been replaced by a grim reality of future ethnic, religious and territorial conflicts. We’re returning to what we were, as if nature just rebooted to see if it couldn’t get rid of the junk in memory.

Cho Seung-Hui is part of this rebooting. If we knew what was good for us, as a species, we would clone a hundred thousand Cho Seung-Huis and let them loose on society at large. Maybe we would give them hammers instead of handguns, but we would let these predators claim those whose vapidity precludes any real direction in life and thus endows them with a lack of will to live. They will preserve themselves passively if given the choice, but lack the creative ability to struggle for survival. Put in unbroken forest overnight, they would starve and freeze because their personal lifestyle choices don’t lend themselves to the hard work of making fire and finding food.

The mindless chatter comes from such voices who are afraid that the obvious might be seen, and those who still have the potential for wolfhood might wake up to see how many need cleansing. If we want to avoid this kind of incident in the future, we need to stop blaming Cho and analyzing him with effete meaningless rhetoric, and look toward why this happened. We can ban all handguns, cover the world in padded foam, and put warning tags on every door, but we cannot escape the inertia within. As we escaped reality, we brought it back on ourselves, and if we do not face it with a bolder and braver outlook, soon it will consume us.

Traditional wisdom is right about blueberries, and probably more | Depression