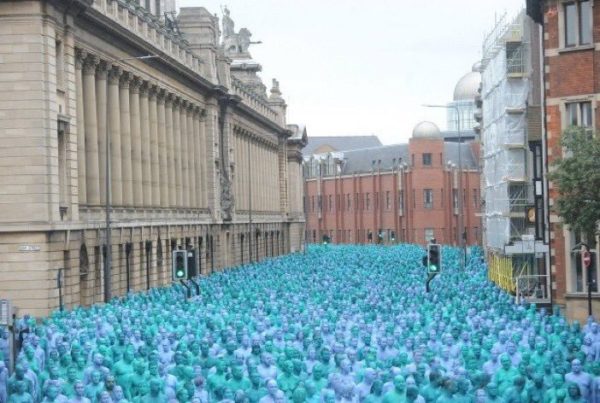 History vanishes under waves of distractions and deflections. As America considers whether it should continue with affirmative action and the welfare state, it is worth looking at what government policies designed to increase equality have wrought in the past.

Amerika has written before about the economic damage caused by government equality programs, but we should revisit the “subprime crisis” that led to the Great Recession in the 2000s.

The disaster began in 1977 with the Community Reinvestment Act, which quickly morphed from a regulation of lending standards to a demand for investment in low-income communities to increase minority housing:

The CRA was not a static piece of legislation. It evolved over the years from a relatively hands-off law focused on process into one that focused on outcomes. Regulators, beginning in the mid-nineties, began to hold banks accountable in serious ways. Banks responded to this new accountability by increasing the CRA loans they made, a move that entailed relaxing their lending standards.

…But as the years went by, these factors changed. The Fed pushed interest rates down. This made refinancing more attractive, and created an investor demand for yield. Fannie and Freddie popularized low-income securitization. Low defaults and loss rates from lax loans made them seem not as risky as previously expected. A shrinking consumer asset base thanks to the dot com bust created a demand for home-equity loans and high loan-to-value loans, as consumers exchanged high-interest credit card debt for low interest home debt. Speculators seeking higher returns and ordinary home buyers became aware that lax lending standards would allow them to buy bigger homes with little or no money down.

In short, the lax lending standards created in response to the CRA had dug a pit that was waiting to get filled when the circumstances were right.

The CRA just relaxed standards, which in itself was not horrible, but when combined with other government law, created a combustible heap ready to blaze up, as government demanded that more home loans be made to minorities:

The action, which will begin as a pilot program involving 24 banks in 15 markets — including the New York metropolitan region — will encourage those banks to extend home mortgages to individuals whose credit is generally not good enough to qualify for conventional loans.

…Fannie Mae, the nation’s biggest underwriter of home mortgages, has been under increasing pressure from the Clinton Administration to expand mortgage loans among low and moderate income people and felt pressure from stock holders to maintain its phenomenal growth in profits.

…Fannie Mae officials stress that the new mortgages will be extended to all potential borrowers who can qualify for a mortgage. But they add that the move is intended in part to increase the number of minority and low income home owners who tend to have worse credit ratings than non-Hispanic whites.

This program proved popular, and politicians expanded it as a means of placating minority communities, forcing more of the home loans in America to go to low-income and minority groups:

…It is certainly possible to find prime mortgages among borrowers below the median income, but when half or more of the mortgages the GSEs bought had to be made to people below that income level, it was inevitable that underwriting standards had to decline. And they did. By 2000, Fannie was offering no-downpayment loans. By 2002, Fannie and Freddie had bought well over $1 trillion of subprime and other low quality loans. Fannie and Freddie were by far the largest part of this effort, but the FHA, Federal Home Loan Banks, Veterans Administration and other agencies–all under congressional and HUD pressure–followed suit. This continued through the 1990s and 2000s until the housing bubble–created by all this government-backed spending–collapsed in 2007. As a result, in 2008, before the mortgage meltdown that triggered the crisis, there were 27 million subprime and other low quality mortgages in the US financial system. That was half of all mortgages.

By forcing relaxed standards, and then demanding quotas for even more relaxed standards, government ensured that half of the mortgages in America were destined for doom, which when it happened naturally created a huge void of wealth in the economy, setting off a chain reaction leading to a recession.

This combined with Clinton-era monetary programs to create a gold rush toward these new low-cost loans:

The meltdown was the consequence of a combination of the easy money and low interest rates engineered by the Federal Reserve and the easy housing engineered by a variety of government agencies and policies. Those agencies include the Department of Housing and Urban Development (HUD) and two nominally private “government-sponsored enterprises” (GSEs), Fannie Mae and Freddie Mac. The agencies — along with laws such as the Community Reinvestment Act (passed in the 1970s, then fortified in the Clinton years), which required banks to make loans to people with poor and nonexistent credit histories — made widespread homeownership a national goal. This all led to a home-buying frenzy and an explosion of subprime and other non-prime mortgages, which banks and GSEs bundled into dubious securities and peddled to investors worldwide. Hovering in the background was the knowledge that the federal government would bail out troubled “too-big-to-fail” financial corporations, including Fannie and Freddie.

The housing boom could last for a while, but the bust was inevitable. When the Fed raised interest rates, things went kaboom. The Great Recession was on; weâ€™re still suffering its effects. Without these government housing and monetary policies, the crisis would never have occurred.

The disaster was not entirely caused by the collapse of minority loans, but by the government programs designed to create those loans causing a market in cheap loans to explode:

Second, the increased demand from the GSEs and the competition with private-label issuers drove up the value of sub-prime and Alt-A mortgages, reducing the risk premium that had previously suppressed originations. As a result, many more marginally qualified or unqualified applicants for mortgages were accepted. From 2003 to late 2006, conventional loans (including jumbo loans) declined from 78.8 percent to 50.1 percent of all mortgages, while subprime and Alt-A loans increased from 10.1 percent to 32.7 percent. Because GSE purchases are not included in these numbers, in the years just before the collapse of home prices began, about half of all home loans being made in the United States were non-prime loans. Since these mortgages aggregate more than $2 trillion, this accounts for the weakness in bank assets that is the principal underlying cause of the current financial crisis.

In a very real sense, the competition from Fannie and Freddie that began in late 2004 caused both the GSEs and the private-label issuers to scrape the bottom of the mortgage barrel. Fannie and Freddie did so in order to demonstrate to Congress their ability to increase support for affordable housing.

As we consider the future of social welfare other policies designed to reduce “inequality,” it would be sensible to remember that these tend to cause the opposite effect, and damage our economy and (remaining) social order as well.