Social Power Is The Enemy 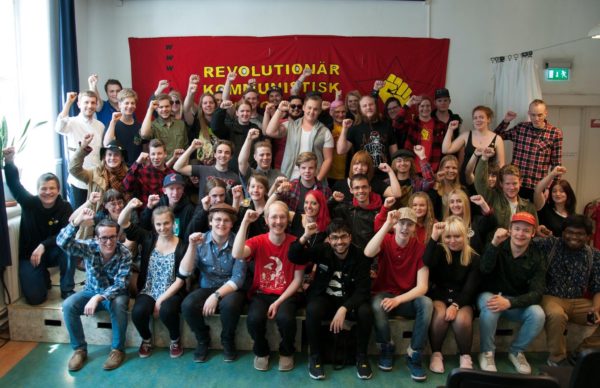 The New York post unintentionally — perhaps — defined the Alt Right in a paragraph about the public/private divide in the Republican party:

You might not have noticed but there are really two Republican parties: the gentlemen and the ruffians. Itâ€™s not about NAFTA or Russia. Itâ€™s about adhering to the rules.

Equality creates the public/private divide because it means that, instead of being judged by the competent, we are judged by how the mob responds to our actions and opinions. Since mobs tend to centralize on personal fear of the people involved, inclusivity is always good and therefore, having standards — including reality itself — which might exclude anyone is bad. This means that in private we admit who we want to exclude, but in public pretend that we like everyone because they are all citizens.

Leftism is inherently based around the public/private divide since it acknowledges what works in public and adopts it as an ideology, but then in private, implements an intense hierarchy and militaristic governments everywhere it is tried. This pattern has repeated since the French Revolution and signals an acknowledgement that the public/private split is corrupt or at least corrupting.

This leads us to ask, “What is the Alt Right?” Fortunately, there are plenty of answers right here on this site:

But essentially, the Alt Right is the Right without a desire to censor itself to conform to the public/private split enforced on us by equality. We want to speak the plain truth and appeal to those competent realists out there, instead of trying to make the herd like us as politicians, entertainers, advertisers, prostitutes and celebrities. We recognize that truth is not found in what is popular.

For example, to Leftists, it seems like the goal of the Alt Right was to elect Donald Trump. They are partially correct; it was one of our goals, because the Trump election is a signal and symbol of the rising cultural wave that is opposing the Left. With the election of Barack Obama in 2008, the post-war Left achieved its peak, and then everything it did failed, so now we want out of it and related movements.

Alongside that comes a recognition that democracy and other forms of demotism, or measurement of what is right by what is popular, are wrong. Consumerism produces worse products and higher costs. Democracy avoids dealing with real problems and chases scapegoats. Social popularity rewards vapidity and novelty, not clarity and accuracy.

The Right — which we might describe as that which prefers realism and purpose to having a society where our purpose is humanity itself — orients itself toward time-proven activities, and to measure what is good, transcendentals or ongoing goals that constitute qualitative improvement. Our goal is to get intelligent people to “awaken” from the dream of ideology and start looking at reality again.

Trump is a step along this path, but more of a statement of the cultural shift that allowed him to be elected than a goal complete in itself. This election was a stepping stone where the cultural wave, as with Brexit, manifested in a political act that has then spurred on others and empowered voices to speak out what was punishable under the Obama regime.

The next step is for us to realize that social power is the enemy. What is popular, is wrong. This election was not a triumph for democracy but an indicator of how badly democracy got it wrong that has prompted a backlash, and an invalidation of the ideas of Leftism, democracy, equality, tolerance, diversity and gender equality themselves. That is the face of this cultural shift.

Despite that, both the mainstream Right and underground Right (“white nationalists”) remain in the grips of a desire for social power. The mainstream Right cannot shake the desire to play by the rules and be seen as white knights. The underground Right wants to unite people on sheer emotional anger. Both of these lead to the same place, which is targeting the wrong issues and missing the big goal, which is to restore civilization.

Watch this cordycepted cuckery in action as anti-WASP traitor to his generation Paul Ryan heeds the call of the passive:

Host Jake Tapper pointed out that Mr. Trump, during the campaign, promised a â€œdeportation forceâ€ to round up the more than 11 million immigrants in the country illegally. Ryan dismissed that idea.

â€œIâ€™m here to tell you in Congress, itâ€™s not happening.â€

Ryan is attempting to speak from a position of re-assuring people that he is friendly, harmless and politically correct so that they can vote for him as a less-bad option rather than someone who might achieve something. This appeals to the inner desire of all human beings to avoid the difficult work of figuring out the world, and to go back to sleep instead, ignoring the ongoing problems.

Trump has two choices here: he can enforce the law, at which point illegals need to be sent home, or he can accept that the law is ineffectual and that political popularity of an action is more important than whether it is illegal. This both weakens the law, and weakens the process of changing the law, because now there is no feedback mechanism to change the law to fit what people think they want.

Republicans however cannot resist the call of popularity. “Everyone is included” is a perennially popular idea. And so, despite having victory handed to them, they choose defeat by endorsing the policies of their enemies that will ultimately lead to demographic victory for the Left in perpetuity:

A group of House Republicans is pushing President-elect Donald Trump to keep in place Obama administration protections for about 750,000 young illegal immigrants, joining with Democrats on legislation to extend a shield on their deportations for another three years.

They have missed the writing on the wall. Americans identify with Trump more than with Republicans. Americans want a wall built. We do not wish to be demographically eliminated for the convenience of the ruling Establishment, which is Leftist but includes cucked Republicans. We want to survive and even more, we know we need more purpose than making money and voting Leftist, so we want to restore the West.

But that goes against the social pressures that have meant political victory for the past seventy years. As a result, we have selected out almost all politicians with the will to be brave, and instead we have these little toady-boys and their dreams of popularity.