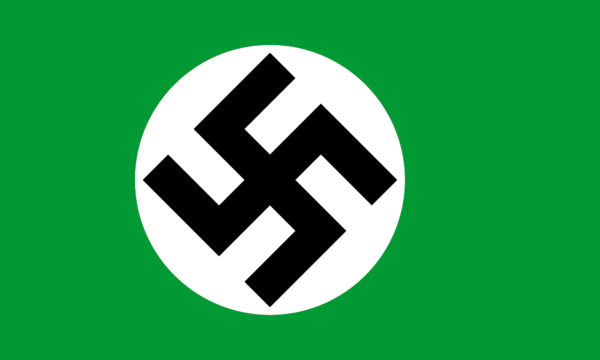 Before Richard Spencer and Colin Liddell started Alternative Right in 2009, there were a number of movements trying to carry forward the best of the far-right without the “Hollywood Nazi” trappings that white nationalist groups had adopted.

In particular, they wanted to get back to a sense of roots conservatism without failing like mainstream conservatism, but also add parts of conservatism that had been overlooked, notably an emphasis on existential well-being and environmental preservation.

This happened in the hazy days of the 1990s, when a number of convergent factors arose:

During that era, a number of voices emerged that paved the path to the Alt Right, which seems to be a mixture of nationalism, anti-democracy, environmental concern, desire for Evolan traditionalism, anti-egalitarianism and human biodiversity (HBD).

First were Burzum and Darkthrone, two black metal bands who took the lead in expressing politically incorrect sentiments. Darkthrone branded one album with the slogan “Norsk Arisk Black Metal” (Norse Aryan Black Metal) and Burzum creator Christian “Varg” Vikernes made a number of un-PC statements, and continues to do so despite legal threats at his blog Thulean Perspective. 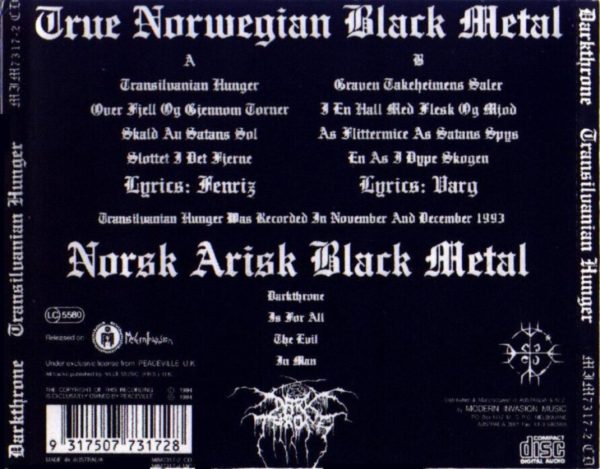 USENET produced a variety of impolitic trolls including the famous alt.fan.karl-malden.nose and alt.flame.[African-Americans] group, whose legacy lives on here. These later developed into hacker/troll groups such as the GNAA, who combined old Nazi propaganda, un-PC language and relentless trolling and subversion of mainstream trend-followers into an art form.

Also emerging from USENET and the pre-web days of g-files, the organization to which this author belonged, the American Nihilist Underground Society (ANUS) wrote about nationalism, anti-democracy, human biological differences and restoration of civilization from the late 1980s onward. In particular, this group wished for an alternative to white nationalism:

While we support Nationalism and the Indo-European tribes, the members of this site have nothing to do with neo-Nazi, White Nationalist, or White Power groups. And this isn’t because of social taboo: we agree with said groups on many things, most fundamentally that Indo-Europeans (“Caucasians”,”whites”) have the right to establish nations where no other races are welcome as residents. This is nationalism, by its very definition (nation = a people), and in my belief it should be extended to every ethnic group, from Basque to Eskimo.

However, speaking both for myself and other members of this site, that’s where the resemblance ends; “White Nationalists” and others who are basically hate groups in disguise piss me off because they’re incorrect in their philosophical assumptions and method. It’s well and good to stand up for your tribe, but don’t expect me to embrace everything that looks white and lump it all together into one ethnic group. That’s insane talk, and when it’s coupled with hatred for other races, you can count me out.

This group held a high degree of influence over the early web by being its nexus of forbidden topics that did not slide into the emotionally-charged, symbolically-driven rhetoric of ideological groups. It was followed by its successor, CORRUPT, which eventually became one of the clearest anti-democratic voices on the web with its “End Democracy” campaign in the mid-2000s.

In addition to that, a group which shared membership with the above arose in 1997 called the Libertarian National Socialist Green Party (LNSG). This group aimed for a softer version of Nazism in terms of method, but harder in principle such as its environmental and nationalistic focus. It achieved brief unfortunate fame in 2005 when school shooter Jeff Weise was revealed have been an active long-time poster on its forums. He is remembered fondly by those who were there.

The group advocated a type of philosophical Nazism that clashed with the emotionally-driven narrative of white nationalist groups:

Our vulnerability lies in the fundamental weakness of control: that it is mathematically untenable because each level of control requires a meta-level of controllers, meaning that an ideal society would be paradoxical, as it would always require more members than it could have. The mistrust we use to bond ourselves in capitalist society, creating needs for protection and isolation addressable only through economic power requiring further bonding to the control structure of the system, is what ensures that we desire control; it also, however, means that those we enthrone as controllers are the same that we distrust in any other capacity. This illusion feeds off itself, until we are entirely isolated from our world by a shield of alienation which we use to justify our selfishness.

Thus we find ourselves searching for an universally applicable binding which will unify our desires, needs, and fears to a collective will; in history this has been provided by war, famine, disease or other natural disasters. As mentioned in the literature of history this has been called Leviathan, after the awesome and terrifying creatures of mythical lore that unified cities against their assaults, and it has been a prevalent theme among extreme political entities that demand absolute allegiance to a state. What if, however, Leviathan were a virtual entity in another method of interpretation – much as “God” of primitive Judeo-Christian religions could be interpreted as a metaphor for existence, Leviathan could be interpreted as a subconscious objective shared by society, rather than the society itself?

While these early efforts were not mentioned by presidential candidates, they introduced millions to the set of ideas that now comprise the Alt Right: the notion that genetics determines our destiny, that homogeneity works better than diversity, and that equality is not just wrong but insane and leading us to doom. They propagated information about the difference between ethnic groups and the failures of Leftism in application. And they paved the way for further explorations of the essential Realist Right to come.

Quick Study Guide For The Alt Right | The Nativists Were Right: The USA Has Balkanized