by Jonathan Peter Wilkinson on February 28, 2018 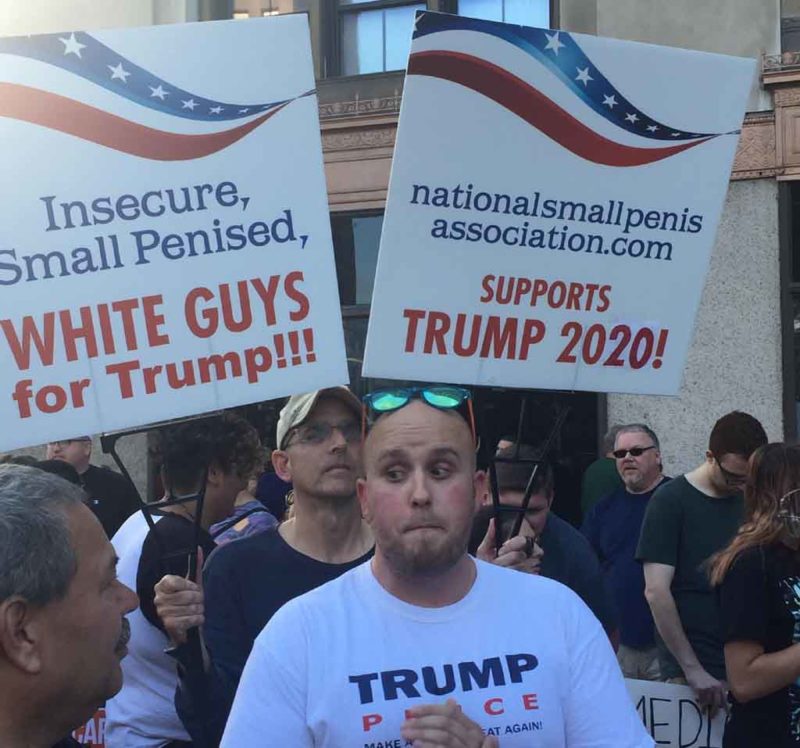 There are men with jobs and blokes with a check. The man with a job appreciates his salary and reciprocates with an honest effort aimed at carrying out the tasks for which he was hired. The bloke just steals from the boss and gives back nothing. Every workplace has a ratio. You can divide the men by the blokes. Greater than one by a large margin indicates an effective shop. Roughly equal to one for a place that struggles to justify it’s continued existance and keep the lights on. Less than one and you’d better be a Gubbermint Bureaucracy.

The recent school shooting in Florida shows us what happens when a less than one organization is tasked with riding to the rescue. Gunman opens fire. Armed sheriff’s deputy cowers outside while the AR-15 is being cooked off as fast as the shooter can burn through rounds. Seventeen people die and Deputy Dickwipe can’t figure out why people didn’t approve of his response to the situation. Real life is a constant occupational exam. He got an F and now wants to whine to the professor about his piss poor grade so that he can still take home the check. Seventeen prospective clients are unavailable for comment on his skills and qualifications.

Do you hate Deputy Dickwipe? You should meet the meatwad that trained him. Broward County’s Sheriff Labotomy gives you the paradigm of the less than one organization. He’s damn lucky he’s a bureaucrat.

Broward County Sheriff Scott Israel told a reporter that his deputy failing to enter the school while the shooting was in progress was not his responsibility.

â€œI gave him a gun. I gave him a badge. I gave him the training,â€ Sheriff Israel told an NBC6 South Florida reporter in a video interview tweeted by Erika Glover. â€œIf he didnâ€™t have the heart to go in, thatâ€™s not my responsibility.â€

Scott Israel is a rotifer, not a leader. His concept of burrowing leadership is shown as he desperately digs in the dirt below.

To understand the extent to which Sheriff Israel is a paycheck-sucking tick, we need to take a look at what leadership means to an organization where bad leaders cause their own to die rather than others. Here is what the Army Study Guide has to say about the duties and responsibilities on an NCO serving as a Team Leader.

A noncommissioned officerâ€™s duties are numerous and must be taken seriously. An NCOâ€™s duty includes taking care of soldiers, which is your priority. Corporals and sergeants do this by developing a genuine concern for their soldiersâ€™ well-being. Leaders must know and understand their soldiers well enough to train them as individuals and teams to operate proficiently. This will give them confidence in their ability to perform well under the difficult and demanding conditions of battle. Individual training is the principle duty and responsibility of NCOs.

There are some few NCO’s in the Army who will shirk this duty and claim he can train a soldier, but isn’t to blame if the dirtbag runs like Usain Bolt once the rounds start flying. They are known as Buddy-Fvckers. It is the ultimate title of disdain and contempt. But in Amerika? People in Amerika care more about narrative than whether their institutions are less than one. Here’s a detestable example.

Marjory Stoneman Douglas High School student David Hogg came to the defense of the armed resource officer who never entered the Parkland, Florida school where 17 people were killed in a mass shooting, asking, â€œWho wants to go down the barrel of an AR-15, even with a Glock?â€ In an interview Saturday on MSNBC, Mr. Hogg insisted that the officer, Scot Peterson, â€œjust like every other police officer out there at heart â€” is a good person.â€

Who wants to go down the barrel of an AR-15? Nobody with a functional cerebral cortex. Who is expected to take that highway to Hell? Someone who swears an oath, signs for a firearm, wears the uniform, receives the honor and societal respect, and takes home a paycheck for bearing that onerous and tragic responsibility. It takes a soul death to receive that sort of commission and then wipe your ass on it when things get too damn real in your neck of the woods. The deputy in question is a coward and it is condign but not yet sufficient reproach that he has resigned.

So how in the bloody hell did this rot like a gangrenous limb? This is not the proud Anglo-American tradition of law enforcement that started in the English Midlands and reached its apex when Sheriff Wyatt Earp and others made The American West inhabitable with a gun, a badge, and the heart of a lion. It starts with the engine that turns America into Amerika. It starts with our national sarcoma (a.k.a diversity).

In November 2013, Sundance first reported that Broward County was “willing to jump on the diversionary bandwagon.” As an attached Associated Press article noted, “One of the nation’s largest school districts has reached an agreement with law enforcement agencies and the NAACP to reduce the number of students being charged with crimes for minor offenses.” The goal, as the article explained, was to create an alternative to the zero-tolerance policies then in place by giving principals, not law enforcement, the authority to determine the nature of the offense.

The people in charge had fair warning long before Nikolas De Jesus Cruz opened fire at his old school.

Seventeen-year-old Miami-Dade student Trayvon Martin got neither incarceration nor education. Eleven days after this self-congratulatory press release, Martin was shot and killed in Sanford, Florida, 250 miles from his Miami home.

Soon after Trayvon became political worm meat, Broward County enacted a program similar to the one that kept Trayvon loose to wander around no matter how much he stole or how many times he homebrewed his recipe for “fire-assed lean.” Nickolas Cruz was well known by the Broward program.

It appears that Nikolas Cruz got counseled a lot. Better to educate him, after all, than incarcerate him. Although there are many details still to be known, the Miami Herald reported on Friday that, in November 2017, a tipster called the Broward Sheriff’s Office (BSO) to say Cruz “‘could be a school shooter in the making,’ but deputies did not write up a report on that warning.” The Herald added that this tip came just weeks after a relative called urging BSO to seize his weapons. Two years prior, “A deputy investigated a report that Cruz ‘planned to shoot up the school’ â€“ intelligence that was forwarded to the school’s resource officer, with no apparent result.”

Just keep nailing the metrics you evil fvcktards. Trayvon may have looked like the son Barack Obama never had, but had he grown up and assumed responsibility, he would have acted like Scott Israel; the type of son Barack obama undoubtedly would have raised. One historian estimated The Roman Empire had 500,000 soldiers under arms on a fateful day in 476 A.D. when Odoacer walked into Rome, beheaded the regent, and deposed Child Emperor Romulas Augustulus. I’m sure you can’t like blame anybody for the frikken Roman Empire falling. They hired and trained a half million soldiers. They lead an organization. Don’t point the finger at Regent Orestes if those guys didn’t draw the gladius and fight like men. It’s unfair to pick on the traumatically non-cephalus.

Maybe it’s just JPW getting a bug up his rectum again, but this crap in Florida is getting bigger than just NRA v. Gun-Grabbers. I have that Late Empire Feeling years after I slogged through my last post-match rugby hangover. This level of incompetence and complete disregard for any organizational value beyond paycheck preservation gives me the damn hangover without all the brewskis and potential post-match sexual hook-up. The Sweet Meteor of Death is approaching somewhere near when men like Scott Israel have the slightest Sinners’ Prayer of keeping the right to issue orders to others.