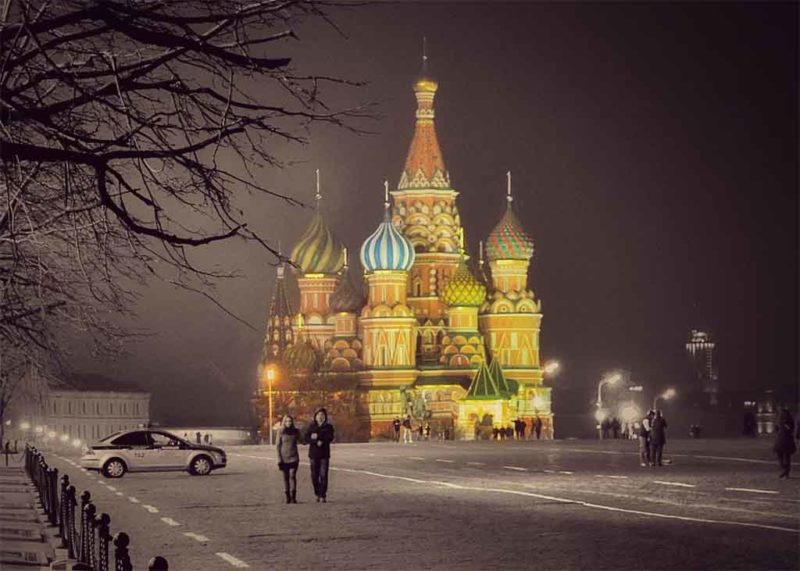 The Left resembles an alcoholic looking for reasons to drink. Personal tragedy? Phase of the moon? Good for the heart? Oh wait, it’s Washington’s Birthday. Good enough: that will work. In the same way, the Left has decided Trump must go and has been searching for any plausible scrap of justification for that pathological obsession.

At first, they questioned the election results. When it turned out that illegal aliens had voted, they backed off of that one right quick. Then, they questioned his sanity. They accused him of profiting from his office. They claimed his associates were corrupt. And then, they hit on the golden ticket: Russia.

All that was required, the Left reasoned, was to prove that Russia interfered in the election, that it benefited Trump, and that he or his representatives had met with someone from Russia. There! They could make the connections for the voters at least, and bring down the monster. It should be so easy.

The Left set up a handy little system to do this. They took over the investigation of Trump from the NeverTrump GOP, and began a process where they investigated Trump, found dubious data, used that to get warrants, and used those warrants to try to get more substantive data but ended up with more scurrilous conspiracy thinking.

They got their media fodder out of this, which is what they really wanted: a news story every few days about the latest outrage, which keeps their base — who are united by their fears and angers more than desire to create — on their toes and ready to act.

On one day, Nov. 12, 2016, the defendants organized a rally in New York to “show your support for President-elect Donald Trump” while at the same time organizing a “Trump is NOT my president rally” that also was held in New York.

Their goal was straight out of the book of Loki: sew discord in order to weaken America. We should be familiar with this one, since Soviet agents played both sides in the 1960s also, hoping for a clash between Black Panthers, the John Birch society, and “useful idiots” of the Leftist persuasion.

When a foreign power is playing both sides of a debate, it does not mean that they support any side; they just want to cause chaos and discontent because internal division weakens a nation. America’s diversity already divides it internally, so adding a little aggravation to those groups could cause this superpower to stall or fail.

As it turns out, this was not a grand plan because like the Russian interventions of the past seventy years, it had little hope of doing more than garnering a footnote. The small operation was mostly a non-story until the Left in the US picked it up:

Another is that, combining the 37-page indictment with testimony from social media executives before congressional intelligence committees â€” and there isn’t much in the indictment that the intel committees didn’t already know â€” the Russian operation, while warranting serious U.S. punishment, emerges as a small, poorly funded operation with a level of effectiveness that is impossible to measure but could be near zero.

The Russia operation has been discussed almost exclusively in terms of Donald Trump, but it did not start out that way. According to the indictment, it began in May 2014 with “the purpose of interfering with the U.S. political and electoral processes, including the presidential election of 2016.”

In other words, this is a non-story because the collusion element is not there. Trump did not solicit help from the Russians; they did not help him, specifically, but tried to use his campaign to weaken America. They played both sides and probably posted pro-Hillary propaganda as well.

The bigger story here is that American voters are able to be fooled by this nonsense. Foreign powers intervene in our elections all the time, and while we try to fight it back, generally their attempts come to nought, sort of like the propaganda they spew into our newspapers through interviews and press releases.

But the Left, like that alcoholic, needs a reason to drink, or at least to bash Trump. This creates a bonanza situation where any person who comes up with a reason to un-elect Trump will be able to run away with a pot of gold sort of like Jill Stein after her attempt at a runoff. It all comes down to self-interest, after all.

Debunking The Noble Savage Myth: Hunter-Gathers Were Not Pacifists Or Egalitarians | Either Pluralism Or Anti-Discrimination Will Survive, But Not Both