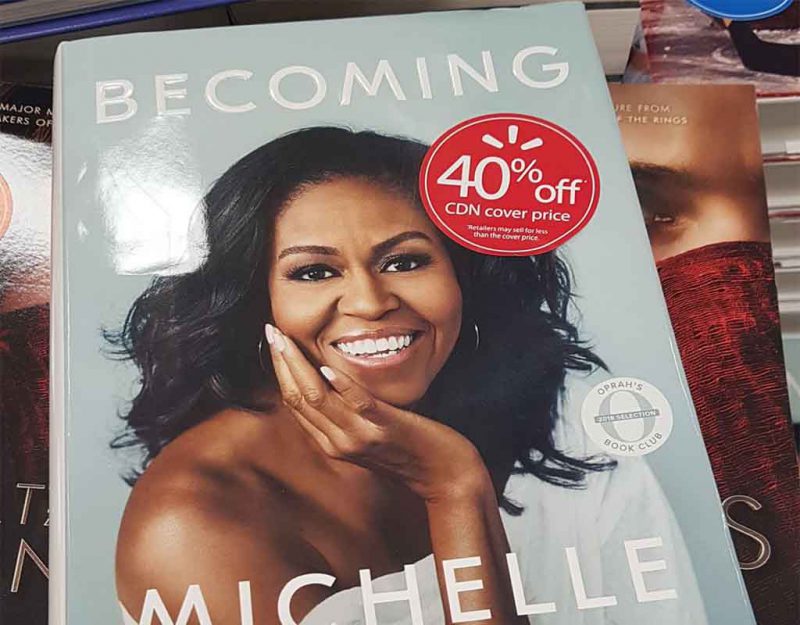 White flight divided America. Some saw it as bigotry, while others saw it as white people fleeing a group with high rates of crime and violence. As usual, the truth most likely lurks somewhere in the middle, but not as an average or compromise. Life is complicated like that.

After the second world war, our enlightened government decided that we needed racial integration, having realized that in its wars for democracy, it would need as many warm bodies to catch bullets as possible. To that end, the diversity — mostly Blacks and Hispanics — began moving into white neighborhoods.

This precipitated an exodus. Michelle Obama thinks that it was white people running away from Black people:

Former first lady Michelle Obama shared painful memories of growing up in Chicago’s South Side and gave a reminder to white people in attendance at the Obama Foundation Summit on Tuesday: ‘‘Y’all were running from us, and you’re still running,’’ she said.

With her brother, New York Knicks executive Craig Robinson, by her side, Obama said their family was doing everything they were supposed to do and sometimes better, ‘‘As we moved in white folks moved out, because they were afraid of what our families represented,’’ she said.

‘‘There were no gang fights, there were no territorial battles. Yet one by one, they packed their bags and they ran from us. And they left communities in shambles,’’ she said during her time of plugging the Obama Presidential Center to be built in the historic Jackson Park, according to the Chicago Sun-Times.

Let us look at this logically instead of emotionally.

To a Black person like Michelle Obama, whites seem like a monolithic Other, but white people know better. We divide into our own little ethnic clusters, like WASPs and Polish-Americans, Irish-Americans, and Italian-Americans.

Generally, we — like every other group on the planet — prefer to live among our own. We are flexible in this, in that if a WASP has to move into a Polish neighborhood, he will choose that over a Black, Hispanic, Asian, or Muslim neighborhood.

However, if given the option, he will choose the WASP neighborhood. These people tick the most boxes of similarity with him, and ideally they will also be of the same religion, political leaning, socioeconomic class, and sexual preference, including degree of chastity.

The reason for this is simple: like all organisms, he wants his children to have the option to reproduce with people like themselves.

If too many people from another group, no matter what group it is, move in, then he does not have that chance. His kids will not adopt his culture, not marry people like them, and therefore, he will have aliens for grandchildren. His line will end. He gets a Darwin Award.

Even more, he is conditioned to pay attention to property values. Since they are the founding group, and tend to be of moderately high IQ and thus prosperous, the WASPs command the most value for their neighborhoods. This reflects both history and contemporary reality.

Further, he knows that mixed neighborhoods command a lower value. This comes from the lower social trust in these neighborhoods, where people hunker down because they no longer trust their neighbors especially if they are from the same social group. As usual, egalitarianism inverts a working social order and turns it into its opposite.

No one wants to be anyone but the first person to move out of a neighborhood. The first person gets full value for his house; everyone else must discount theirs. The last half to move out see their values drop by half or more, which can basically destroy their plans for retirement. Most Americans plan to retire by selling their houses, moving to lower cost areas like Florida, and living simply off the interest from their savings, stocks, and what they received from the sale of the family home.

In this sense, it does not matter who moves in unless they are from a different group. A Black neighborhood with Muslims moving in will lose value, same as a Hispanic neighborhood with Asians moving in, simply because more people will be selling houses. The rules of supply and demand apply here: the more sellers, the lower the price.

She might call it “running away,” but for the rest of us, it means simply avoiding the high cost of diversity. We dodge it like we dodge all the other stupid ideas passed along by government simply because we are trying to preserve the results of our earnings. No one wants to sell a house for half of what he paid for it, especially not after paying decades of expensive property taxes.

People saw their fortunes ruined by diversity. Once Black or (other Other) groups started moving in, the white people sold and bailed because they recognize that diverse neighborhoods — and we will soon see, diverse countries — are less valuable. Your property is no longer worth what you paid for it.

In nationalist theory, American Blacks needed to create their own communities and retain value in those. This would entail setting up their own businesses, court systems, and local governments. It would mean building something new, instead of attaching to what already exists.

During the reign of white America, Blacks went from 2% of the population to 15% and have experienced a massive leap in quality of life from what they would have experienced in Africa. Obviously this was not “running away,” but acceptance.

However, with that acceptance comes the knowledge that birds of a feather flock together. Whites like to live with other whites of their type, just like people like me enjoy living with other WASPs and move out when the Poles, Italians, Irish, Jews, Hispanics, or Blacks start moving in.

Michelle Obama blames whites because otherwise she has to blame diversity, and at that point, she will have to realize that she and others of her race belong in Africa where they can raise its value and thus retain that wealth, instead of seeing it in turn destroyed by diversity.

Then again, what would she know? She moved into a high-cost white neighborhood.

Periscope (October 31, 2019) | Democracy As Revenge Of The Defective