“Racism” As A Concept Dies As Nationalism Rises 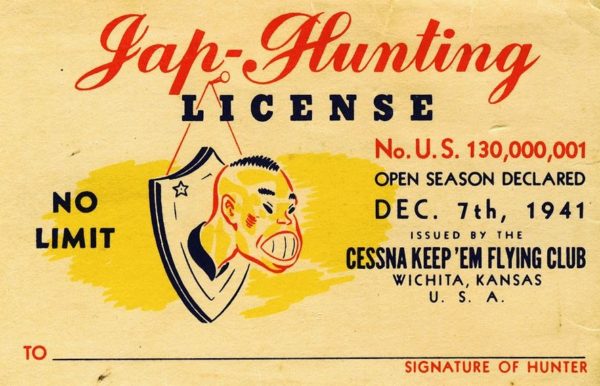 From The Financial Times, an intriguing article entitled “White self-interest is not the same thing as racism: Accepting that all groups have legitimate interests fosters mutual understanding”:

Modern liberals tend to believe that preference for your own ethnic group or even your own nation is a form of racism. Conservatives regard it as common sense and resent being labelled as racist.

…The question of legitimate ethnic interest is complex. Multiculturalism is premised on the rights of minorities to maintain certain traditions and ways of life. But liberals have usually been reluctant to extend such group rights to majorities.

…As Eric Kaufmann argues in a new Policy Exchange paper, accepting that all groups, including whites, have legitimate cultural interests is the first step toward mutual understanding.

The barrier wall constructed of the illusion that racism is the ultimate bad, that any majority self-interest is racism, and that nationalism is unacceptable has now permanently fractured. The concept of “racism” has died, just as the notion that diversity can work has disintegrated. There is no longer any faith in these ideological concepts.

The “we are all one” attitude of Leftism led to a tragic norming where any outliers beyond the average were smashed down in order to create “equality.” This included mashing races together into a “beige horizon” which was cultureless, vapid and pathologically ideological, as the example of Bush/Obama-era America shows us.

Instead, people are realizing that patriotism will kill you but nationalism will give you what you really want: to live around people like you, ending the constant neurotic internal dialogue of a society with divided power and a divided population. People are seceding from the “melting pot” and withdrawing into tribal enclaves.

None of this shows anything except a return to historical norms. The W.E.I.R.D. industrialized world got wealthy, gave proles power and by that motion vaulted itself into Leftism and now something resembling Full Soviet living, and its occupants — like those who lived under Communism in the past — are now rebelling against this sure path to self-destruction.

Our future then consists of one of Balkanization into tribes (“patchwork” as the Neoreactionaries call it) followed by reformation of nations based on ethnic interests. There will then be some short, furious wars as the West re-asserts its own order, and then the rest of the world jockeys for place, culminating in an epic conflict like West versus East Part II.

If anyone asks, they should be reminded that this is the high, high price one pays for individualism, which is presumed (without honesty) to be a victimless crime if not a really good thing by the credulous bourgeois. Individualism means social breakdown through divided power and factionalized population, and from it comes the decay in which the West finds itself.

Starting in 2016, the sleeping West has roused itself and demands now that it not be obligated to commit suicide just because it was acting suicidally oblivious for the past ten centuries or more. Instead of a demand for more rules and proxies like the racism/egalitarianism binary, people are striving for logical fact and commonsense health, and realizing that they will never find that in Leftism, individualism, narcissism or any of the other associated wishful thinking of the innately neurotic human mind.