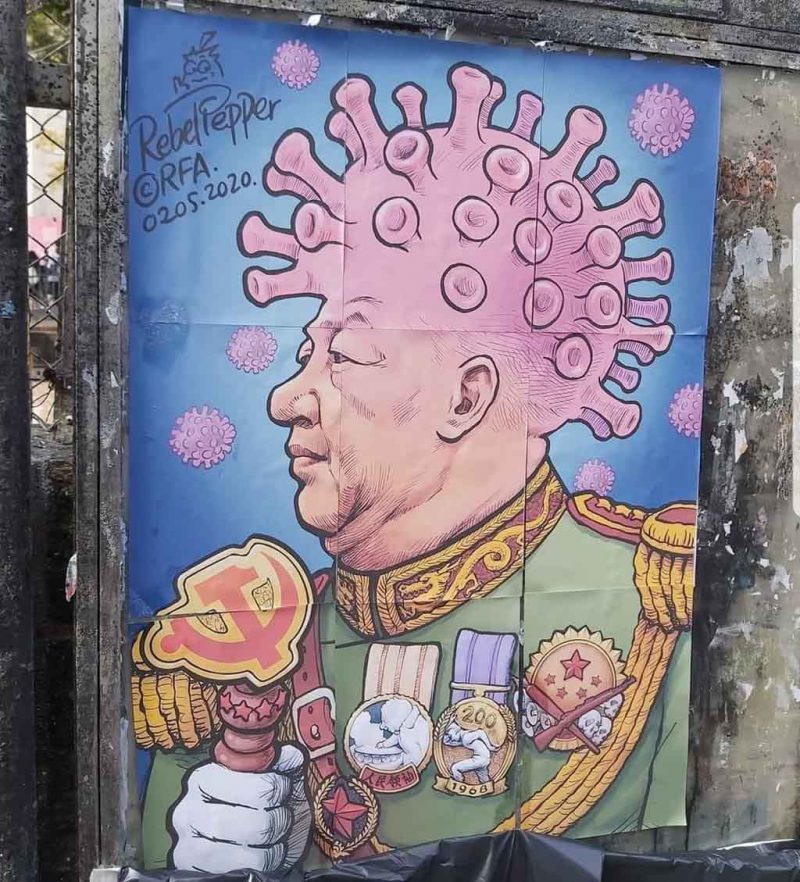 People find themselves hating on Bill Gates quite a bit. They see him as an archetypal modern sophomore, or “wise fool”: good at making software, even good at some aspects of business, but beyond that, helpless.

We all know the stories of top-scoring students with brilliant futures who cannot successfully boil an egg. It seems cruel to us that so much intelligence would be wasted in nature, where they would not survive a night and would end up gnawed skulls on lonely mountainsides.

People who deny that Gates has talent and insist that he was merely “lucky” miss the point. He is talented, but only within a narrow range. Let us refresh some of the Gates CV:

Gates became entranced with what a computer could do and spent much of his free time working on the terminal. He wrote a tic-tac-toe program in BASIC computer language that allowed users to play against the computer.

Gates graduated from Lakeside in 1973. He scored 1590 out of 1600 on the college SAT test, a feat of intellectual achievement that he boasted about for several years when introducing himself to new people.

In 1970, at the age of 15, Gates and Allen went into business together, developing “Traf-o-Data,” a computer program that monitored traffic patterns in Seattle. They netted $20,000 for their efforts. Gates and Allen wanted to start their own company, but Gates’ parents wanted him to finish school and go on to college, where they hoped he would work to become a lawyer.

Gates and Allen scrambled, spending the next two months writing the BASIC software at Harvard’s computer lab. Allen traveled to Albuquerque for a test run at MITS, never having tried it out on an Altair computer. It worked perfectly.

This is the software side of what Bill Gates did. He audited all of the code that his company shipped, and developed a number of different products. Let us address what commonly confuses people, namely the origins of MS-DOS:

Gates bought an operating system that was developed to run on computers similar to IBM’s PC. He made a deal with the software’s developer, making Microsoft the exclusive licensing agent and later full owner of the software but not telling them of the IBM deal.

Gates had to adapt the newly purchased software to work for the IBM PC. He delivered it for a $50,000 fee, the same price he had paid for the software in its original form. IBM wanted to buy the source code, which would have given them the information to the operating system.

Gates refused, instead proposing that IBM pay a licensing fee for copies of the software sold with their computers. Doing this allowed Microsoft to license the software they called MS-DOS to any other PC manufacturer, should other computer companies clone the IBM PC, which they soon did. Microsoft also released software called Softcard, which allowed Microsoft BASIC to operate on Apple II machines.

“Microsoft BASIC” was the most widely-used implementation of the language and still is; computer science no longer teaches it as much, since people want to get started with practical stuff that can easily manipulate the graphical interface of their operating systems and the networks they connect to.

MS-DOS was similar to and borrowed from other operating systems in use at the time, namely CP/M, UNIX, and VMS. It required substantial modification to become minimally functional, and expanded rapidly into a far bigger and more reliable operating system during the 1980s.

In other words, despite being lucky in many ways, he demonstrated great competence in software development and a certain business acumen. This man is not incompetent; he simply has a narrow area of focus, and it does not extend to his current activities of “trying to save the world.”

If you hang around the STEM fields for very long, you will find that this kind of thin intelligence is very common. Coders know code, but cannot boil eggs, understand history, or read literature, with few exceptions.

Elsewhere it reveals itself in different ways. The MBAs are really good at maximizing dollars extracted from a product, but terrible at understanding why products or services succeed; they will make a company very profitable up until the minute its audience flees because the MBAs killed what made the product good.

Go on over to the English or writing department and you will find the same thing in inverse. They know what makes a good story, and how to analyze for meaning, but often have no ideas of their own, and are so fixated on making things read well that they often dress up meaningless content as profundity.

Thin intelligence arises from the modern system. Our time is based on equality; that is what makes it modern, the individual replacing social and natural order. This means that people have social mobility, and we set up meritocracies to make it “fair” when we choose who gets the good jobs.

The problem with this comes when you look at what meritocracy means: replacing competence at the actual task with competence at tests designed to measure ability to do the task; these tests are inevitably adjusted to fit the audience and get a nice bell curve.

Education rewards those who memorize and repeat in novel patterns, recognizing slightly different situations and adapting to them, based on the examples seen in their texts. Credentials reward grinding repetition of procedure. Workplace statistics reward crises redirected more than quality implemented.

This shows us why our time demonstrates such massive and widespread ineptitude. Yes, Trump is a great leader; what can he do when he presides over a system of millions, most of whom cannot formulate a solution unless they saw an example like this case in the textbook?

It took one relatively mild virus to explode into a pandemic, shutting down supply chains and making the entirety of society dysfunctional. People went along with it because in their inner hearts, they simply want a break from modernity.

They are exhausted by the constant infighting provided by egalitarianism, such as the power struggle in democracy, the rat race of social mobility, and the constant need to clean up for and avoid the problems of other people exercising their “freedom.”

We do not want to say it out loud, but we realize that most people are not bad, but not good either. They are self-serving, aware of nothing but their own desires as a substitute for meaning, and only in the time period between paychecks.

Numerically they dominate our system and adapt it to their own needs, which means that we are in a race toward novel mediocrity. We need new trends, fads, panics, manias, cults, products, and obsessions in order to keep moving forward.

In order to accommodate these people, we have dumbed down everything, which makes jobs and daily life into a process of repeating the simplest, silliest possible version of every task in order to account for the insane or oblivious behavior of others.

No one really likes this system, at least among those with souls. People who have made a great deal of money at it talk a good game, but collapse inwardly from existential emptiness and despair. Consider how many men, having retired, find themselves irrelevant and blow their brains out.

Everyone just wanted some time off from the mess. They complain about being bored during quarantine, and having money worries and difficulties getting TP, but they are soaking in this time as a way of renewing themselves. They no longer have faith in the system around us.

The modern system proves hard to define, but it seems to be the intersection between democracy, civil rights, high taxes, entitlements, diversity, and a fundamental pathology of working all the time in order to keep the system running even though we hate it.

If it has a psychology, modernity is defined by rationalization: instead of choosing a direction toward the good, we accept that everything ambitious has failed and we just need to keep patching up the hodge-podge of ideas that have not failed hard yet because we fear change and the alternatives.

Now that we have taken some time off, people are finding that they enjoy it. This survey may turn out to be one of the defining moments of the twenty-first century, when people found they liked lockdown better than freedom:

Only nine per cent of Britons want to return to life as normal after the end of the lockdown triggered by coronavirus pandemic, according to a poll.

Fifty-one per cent of respondents said they had noticed cleaner air, and 27 per cent said they had recognised more wildlife since the lockdown began.

Once you remove the modern lifestyle, suddenly real life returns.

Most of what we do is not just tedious, but unnecessary. We do not need so many products; we do not need all of the activities at the office. Social mobility demands them, however. Everyone wants to prove that his product, team, project, or campaign was a success so he can get promoted.

When your boss wants to get promoted, he assigns you lots of make-work busy work so that you can generate some kind of work product which can be judged as increasing the power and wealth of the company, especially when it does not. He does not want to get replaced, nor have his team be replaced, so he assigns nonsense so that the fake activity looks important.

In the same way, countries depend on having their workers hammering away on nothing important so that they can claim the resulting activity as an increase in GDP or “growth,” since that way they can borrow more money, tax more, and pay more money out in entitlements to “prime the pump.”

Consumerism arises from this scheme. We throw out free money to the people least likely to know how to spend it so that they spend it carelessly, and then we use the resulting statistics to claim economic improvements. It is a Ponzi scheme that so far has not popped.

Eventually it will end, in defaults and war, but for now, we are seeing another attack. People have lost faith in it just as they have lost faith in democracy, diversity, feminism, and socialism. These things sound good but do not make life better, and in fact, make everyone miserable.

When this pandemic lifts and we do a postmortem, the following will become visible:

Good things are coming out of this coronavirus debacle: the rejection of modernity, globalism, China, and equality. When people lose faith in certain ideas, they stop supporting them, and this means that the system comes down much as the Polish and Soviet Communist systems did.

Right now, most of what we see is anger and confusion. Soon this will change: as humanity comes out of this virus, it will be clear that we can never go back to the old way, not only because it did not work but because it made us more miserable than a potentially-lethal pathogen.