Watching the news unfold over social security, this topic comes to mind: the generations in America are going entirely different directions. 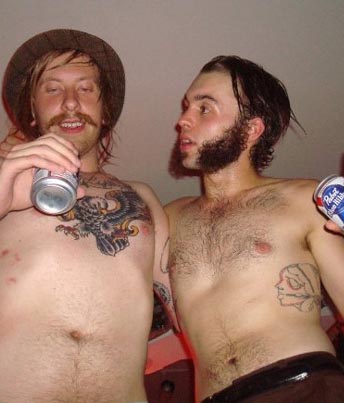 The Baby Boomers were the ultimate me-firsters. Their attitude was defined by that of their parents, who experienced a sudden wealth and prestige boom (in USA and UK) after WWII. At the same time, the conditions of life here became different: to be on top, you must generate tons of “wealth” from your consumers, and in turn make your society more competitive — but not in the ways that matter, such as quality of product. You need to move more product, and that requires more markets of fools and glitzier products that are cheaper to make. Quality product: high price, low margin. Junk product: low price, high margin.

The Baby Boomers, born 1943-1965, were entirely products of this culture. Their parents were quite often the “new” Americans: Irish, Italian, Greek, Polish or Jewish, or had been in poverty before. Now, thanks to the easy money of the WWII boom economy, both women and men saw themselves as earners first. This in turn hyperspeeded our debate about equality of women and minorities. This debate gained spin because most of these people, had the huge boom in war wealth not come floating their way, would have risen as far as they did. Guilt became a national passtime.

Baby Boomers were prompted to act as they did because their parents did the same. After WWI, the huge boom for America co-incided with a complete lack of faith in the future. There was no longer a faith in culture, and since 60 years earlier the ethnic composition of the country had changed from Western European to include Irish, Southern and Eastern Europeans, there was no longer a feeling that we were all in it together, except on a political level. Instead, America was like a big mall crossed with an apartment building: you get a room, you do whatever you want there, and you buy stuff to be comfortable.

This emotional and spiritual void launched some of our best literature in the years between WWI and WWII. Eliot, Pound, Hemingway, Faulkner, Celine and Fitzgerald all started in this time. We knew that, as Nietzsche had told us, “God is dead and we have killed him,” meaning that our lack of faith in God, a product of both science and political instability, was responsible for this change. We had since 1789 in France distrusted the aristocracy. WWI can be seen as a conflict between traditional ethnostates and the modern nation-state, with the gerrymandering and power shepherding required by the modern nation-state causing the conflict that ultimately unleashed the war. Remember also that was “the war to end all wars”; these people believed that if they defeated the devil of nationalism, they would be able to live peacefully like the British and Americans, who had no single ethnic group but were somehow holding it together anyway.

The parents of Baby Boomers became aggressive me-firsters. If we all get apartments, and can go shopping at the mall, and that’s all there is to life, then you can throw all of your energy and time into making sure you get the best apartment and the best stuff. This terrifies your kids, because kids are born with souls and we only beat them out later, and so they tend to launch themselves on “opposite” courses, but because you got to them early, they repeat your philosophy in a different form. This is why Baby Boomers launched themselves into being hippies, and as soon as the last free love squirted and last joint guttered, they ran off to own banks and corporations. They also had a relatively easy job of it: there were fewer people in the country, and growth was constant, so if you just got in there and found a good place to park and not grossly underperform, you did OK.

Baby Boomers however needed a way to compete with the “Greatest Generation” (pompous name) before them, so they invented a re-hash of the idea behind WWII. In WWII, we the Free World waged war against the evil dark fascist states in order to bring liberal democracy, freedom, and consumerism to the world. Once we found out that Patton was right and the Soviets weren’t actually nice at all, we changed our mythos to being a war against communism, with its implied authoritarian elements. To be more socially correct than either of those options, the Baby Boomers like rioting proles went to war in their own backyard, and began changing the American landscape with new laws enforcing equality for all sorts of groups. Not surprisingly, this furthered the apartment/shopping mall situation.

Growing up in this were the Generation Xers. Do you hear much about them? Neither do we. The shell-shocked generation grew up with horrible hypocrites for parents, at a time when the happy 1960s-1970s America was giving way to 1980s America, where we no longer depended on manufacturing and agriculture but weird jobs where people in suits traded people and made ungodly sums of money. Seeing this as their future, Generation Xers for the most part dropped out. If you wander in the country and find some guy living in a shack who’s happy just because he hasn’t had to talk to anyone for a week, he’s probably a Gen Xer. Generation X got to see their parents inherit a prosperous first-world nation, and pass it on to their children as a competitive, ugly, not very interesting place. Jobs in offices shuffling paper sapped souls, sitting in traffic on freeways destroyed minds, and the “culture” of America as well as the violence and corruption of its streets made them just about paranoid. (The Baby Boomers, adrift in a sea of ego, enjoy using their purchasing power to make such problems go away. They see avoiding conflict as noble.)

Showing up as the children of Gen Xers, the millennials more resembled their grandparents — the Baby Boomers. Unlike Generation X, they didn’t see the stable society that came before them. To them, jobs were always an hour of work a day surrounded by paper-pushing. To them, the streets were never stable and safe, and there’s no way to make them so. And they repeat the dogma that Baby Boomers taught their parents in school, and changed school curriculums to reflect, back in the 1970s. Generation Xers hate millennials and Baby Boomers; millennials hate both groups because each is a refutation of the directionless modern life that most millennials take on.

It is fascinating, watching people unravel a nation.

The existentialist case for Conservatism | Moderns are easily duped