The end of American exceptionalism 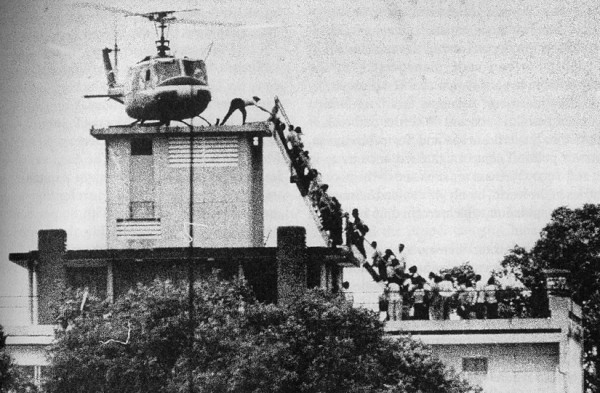 This week, something massive happened and almost no one noticed. In fact, no one spoke about it in any of the dozen political conversations I heard during lunches, at work and around the neighborhood. Everyone was talking about what was happening inside the political system. No one mentioned what happened outside where the hand of politics does not reach.

Because I’m told my articles are dense, complex and hard to read, leading to vast misunderstandings, I’m going to keep this really simple. This last week, three events happened in sequence, and just about everyone wants you to think they’re unrelated:

Why are these connected? They don’t say they’re connected. But in the game of power, these events triggered each other surely as day follows night. The USA declared it no longer wanted to support its superpower status with its military, and instead wanted to focus on redistributing that income to its citizens, who receive 70% of government money anyway. The problem with this is that, like most pity-based initiatives, it is taking from the competent and successful and giving to those who are not doing so well and have no will of their own to do better. Like the events that brought about the fall of the Soviet Union, this is a death-knell for any imperial power.

Where has America stumbled before? Democracies don’t wage wars well unless there is an immediate threat. A threat that’s three years or ten years away might as well be nonexistent, even if it means horrible things will happen. In Vietnam, the Americans fought a decent war to keep all of Southeast Asia from being absorbed by the Sino-Soviet axis (who supplied all of the weapons used by the opposing side, the Viet Cong or Vietnamese Communists). The left talks about how the domino theory was “discredited,” but looking at the ruins of Eastern Europe — all of which experienced heat death under Communist rule — suggests the left is just being charitable to its fellow travelers. After all, the left are egalitarians at the root of their philosophy; at that point, it’s clear that it’s only a matter of degree and not substantial disagreement that separates French Revolutionaries, German Social Democrats, American Democrats and full-on Stalinist Communists.

American “exceptionalism” is the notion that America’s unique political approach gives it something more than function; it grants it a higher moral ground. America is the place of freedom and equality as proclaimed by our Constitution, and so far, there has been no reason to doubt it as the growing nation has in 200 short years experienced success after success. However, American exceptionalism falters when the country loses wars, fails to maintain superpower status, descends into third-world levels of corruption, and otherwise proves that its political and economic systems do not work as well as they need to. With the Vietnam war, it was clear to people that the 1968 surge in leftist politics among the youth ended the ability to fight the war effectively, thus it was politics not military failings that doomed the American effort (which was, however, a success in keeping the Chinese from expanding Communism in the region). What has happened recently is twofold: first, the USA has announced it cannot maintain its superpower status; second, it has traded it for the privilege of becoming a third-world nation as its oblivious citizens vote for more bennies and ignore fundamental infrastructure, politics, corruption, disorganization and other problems that form the backdrop of third-world nations everywhere.

Let me make it clear what third-world is. The media has taught most people to think that third-world is a synonym for “brown people.” In actuality, third-world refers to nations that were once great and decayed through the same process the USA is undergoing now. The citizens had no unity and became selfish, and so the ability to organize shared central services and institutions faltered, thus the society reverted to an anarchistic state of kleptocracy, disorganization, theft, corruption, filth and confusion. If you go to any third world nation today, that is what you will find: filth and confusion. That is the future of the USA. It was a clear path as soon as its democratic citizens became accustomed to having the power to vote esurient law into reality and thus benefit themselves at the expense of the whole; later, in order to preserve power, the same people decided to actually import third-world citizens to thwart the majority and guarantee the perpetuity of the bennies.

Until, of course, the whole thing goes down in flames. With Barack Obama, the United States has lifted a gun to its head, pointed the barrel at its temple, and pushed the trigger. Obama knows his mission is primarily symbolic. He represents all people who are not from the historical majority — German-English settlers — who have arrived to carve up that turkey and pass themselves the benefits. If you are Western European, you are the turkey; if you are not, you are the people sitting at the table ready to eat. After the feast, the USA converts itself into a hybrid between Brazil, Mexico and the failed “white” empires of Eastern Europe. But it will never have anything but a third-world future at that point. It will collapse slowly, into this third-world state, but at that level, it will be unable to have a military that anyone considers a threat. It will not be an intellectual or technological leader. It will however be a good place to get robbed, have your business confiscated by corrupt officials, drink toxic waste out of your drinking water, watch cities rot, etc.

That is what happened this week that no one is noticing. It is not that American exceptionalism failed, but that we saw the end results of the American approach. Democracy leads to spoiled citizens which leads to internal chaos from which (inevitably) leftism emerges. At that point, the USA follows the same path the USSR and ancient Athens did, which is the selfish radical individualism of citizens pulling the country apart until it has no power left and fades from history.

Hey kids, want to shock your parents? Refute the guillotine. | I hate the third world