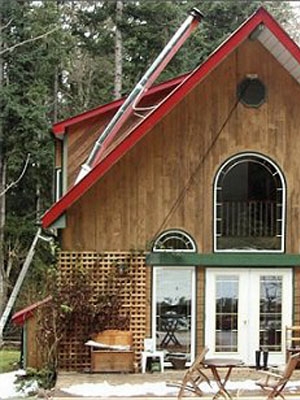 Reassurance. Everybody seeks this. We need to feel assured, especially when we are young, that we are OK. That we are fine. That we are knowledgeable, acceptable, impressive, wise, worthy, loved, whateverâ€¦
We grow up looking for this reassurance from outside of ourselves:
Mothers, fathers, teachers, leaders.
As we mature, we seek it elsewhere:
Religion, philosophers, expertsâ€¦

Think about this for a moment.

Is there a point, in our development, where we have gained all the reassurance we are ever going to get?
Do we reach a point where there is no more of this thing?
What then?
Where do we look for reassurance then?
The obvious and clear answer is, of course, within ourselves, but that topic will have to wait for another day. So…

I had a moment, years ago, where I became so knowledgeable about computers, and computing, that I ran out of people to ask, about a certain problem, or a certain solution; a point at which I realized that all the people I was asking for answers, knew less than I didâ€¦
This was a very uncomfortable feeling. What was I going to do now?
Almost certainly, there is always someone, somewhere, who will know more, but finding them becomes exponentially more difficult, over time.
Because one is constantly learning, all that time, and adding to one’s store of knowledge, and using that knowledge to create new and unexplored – or unheard-of – ways in which to solve problems. Isn’t one?

I find, more and more, that no: one is not. What holds true for me, does not necessarily hold true, for others.
The things I do, without even knowing I do them, or that they may or may not be anything exceptional, are often things that possibly only I can do, or at best, things that not so very many people can do. That I may – in fact – be somewhat unlike the many.

I claim, often, that I do not think. Because whatever it is, that I am doing, does not seem to me to be thinking.
But obviously, I am doing something, or how could I be problem-solving, in the way I am able to problem-solve?
Or perhaps it is that I am actually thinking, while whatever it is that others refer to as thinking, is – in fact – not thinking at all?
Whatever the answer is, it becomes ever more clear to me that I do not operate as others do. Some others. Possibly all others.
So where does this leave me?

One place it very definitely leaves me, is in a state where I realize that whatever I use in place of ‘thought’, I can never assume it is any such thing, and consequently, that anybody else is able to follow it. That no matter what I say, or claim, is able to be interpreted accurately by anyone else, hearing, or reading it.
It’s a bit like The Tower Of Babel: Everyone speaking gibberish, and nobody understanding any of it. With the best of intentions – here again, is a concept I am prone to assume, without any proof of its existence – what we discover we have, is a complete communication-breakdown.

I have learned, over the many years, to say what I mean, and mean what I say. Consistently and with no exceptions. Honestly and without guile. Clearly, concisely, and accurately. I omit any words that do not serve the message. I do not ‘um’, or ‘ah’. I do not ‘that is to say’, or ‘to all intents and purposes’. I do not ‘by the same token’, or ‘all things being equal’â€¦
And still, no matter what I say, mostly I remain grossly misunderstood.

Oftentimes I was likely to view this as a grand failing on my part. That somehow, in spite of the rather great care I customarily took, to get things right, that I was still somehow being vague, ambiguous, or unclear. Until, abruptly, I decided I was not.

People run on rails. They get ideas. And these ideas lead them to wherever they are most comfortable going. No input is going to change that, unless those people, themselves, discover that rails lead only to the same old, predictable place. No other destination is possible. Rails may be useful for some things, but understanding is not one of them. 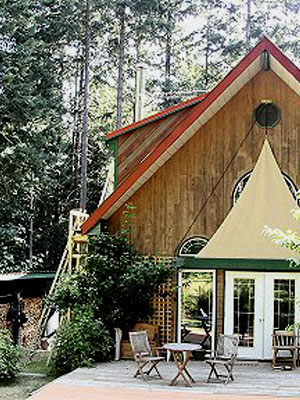 Take a look at the pictures: the first one is what happened to my overly tall chimney pipe after three feet of snow slid down the roof and wiped it out. It was not the first time this had happened, but I finally decided it was going to be the last.
I enquired of experts, how I might secure my chimney, to proof it against yet another occurrence of this.
These experts suggested this, and that, that and this, and not one of them could offer what sounded anything like good advice.
These were experts, you know. Professionals who do this sort of thing for a living. Perhaps that is why, in every case, either their solution would obviously fail, thus enabling them to come back and do the job a second, or third time. Or why it was so prohibitively expensive, that I couldn’t – or wouldn’t – even consider it.
Now take a look at the second picture:
You will notice a miniature roof-like thing – called a ‘dormer’ – through which the chimney pipe protrudes. Its purpose is to support the pipe, while decreasing its exposed height, while blending into the existing roof design, while decreasing the pitch down which snow is prone to slide. It has built-in bird/bat boxes, and enables me to access the pipe for sweeping, each springâ€¦

As far as I know, and according to the reluctantly-impressed experts: such a thing has never been seen before. I invented it.

Am I a chimney-pipe expert? Not as far as I know. I invented something, when the need arose to invent it. Did this involve thinking? I have no idea. I pondered the problem for some time, then suddenly leaped into action, scaling the 12/12 pitch steel roof, in the heat of summer, and doing the entire thing myself, over six weeks, at age 55. So I’m mad. I know that. But can I think?

Experts know stuff. That is why we call them experts. According to us (but quite possibly, not to them), Heidegger was an expert. Aristotle. Plato. Socrates. Jesus was an expert. Schopenhauer. C.S. Lewis. All of them knew what they knew. When they knew it. Which, in every case, was at a time when nobody else knew what they knew. Which is, when you consider it, a time that is no different to anybody else’s time, whenever their time is. Any one of them, and any one of us, can discover – using our ancestral background of knowledge – something previously undiscovered. Any one of them, and any one of us, can take what is known, and add something more to it. To create something previously unknown or unrealized. This is to take ‘tradition’, and offer something of ourselves, to it. To honour it by sacrificing to it, our own best efforts, to actively renew its life, and carry it forwards, towards eternity.
To merely quote existing words, or pay lip-service to existing traditions, is hardly the same thing, and requires no thought, no effort, whatsoever.

This is a mish-mash of an essay, for sure. Several threads intertwine and weave around the helix of each other. There’s probably something in it, somewhere. But it will mean nothing to you, unless it does. It is what goes on, in place of thought, and whether or not that has any value, is – dear reader – entirely up to you to decide. It has value to me, and that – I suppose – is why I wrote it.

Experts.
People who have stopped being useful. Stopped expanding their knowledge-base, and severed their capacity to develop.
People who employ whatever they know to dupe others into buying it from them.
The hallmark of such people – the ones who proclaim their expertise – is an inability to consider anything they do not, themselves, already know. And to exert themselves, strenuously, to prevent anything that they do not, themselves, already know, from ever being known.

Fatalism | The end of liberalism