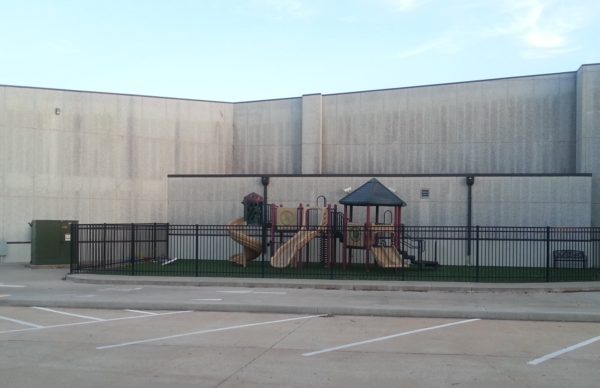 Last week, I warned that Neoreaction is following the Leftist model because people are attempting to officialize it to capture an audience, as I have warned of before.

The article included the following paragraph as disclaimer, because Atavisionary’s rant attacked Hestia rather directly:

Let us zoom our viewfinders on this part in particular:

I do not think this is the doing of one, or some, but a general misinterpretation

I stand by that paragraph, because I see the tendency to try to make an “official” Neoreaction ideology as coming from more places than not. This makes sense, because that is the Leftist model of ideology. In the conservative model, from which all reactionaries descend, one does not create a universal ideology, but derives principles which are applied in specific situations by localized actors.

Unfortunately, Hestia Society threw a tantrum instead and has decided to stop linking to any activity here on their weekly updates. This is something I anticipated, and hoped they would rise above.

I come from the old school of the Anglo-Saxon world where it is possible for gentlemen to disagree, and not have it become a personal attack. Hestia is from a different culture, apparently. Their removal of Amerika.org content mirrors their general approach to my work, which is to ignore it, with the one exception having been Nick B. Steve’s weekly updates.

Most of Neoreaction and many of the Right choose to ignore my 20-plus year history of writing on the same topics they now approach. This is not solely because I am obnoxious, but because I threaten them. If someone else wrote it before, and possibly better, others become irrelevant. In turn, I find it hard to link to much of “Neoreactionary” writing because it is simply going over old ground and often, doing so with more of a robotic outlook.

That Hestia has a tantrum and joins this group is unfortunate, considering that I did not attack them, but offered up a series of general criticisms of Neoreaction as applied. Hestia states in its simplified manifesto that its goal is to “be worthy.” If you cannot handle criticism of your approach, you are behaving like a tyrant, not a leader, and Hestia has unfortunately confirmed this.

Those who cannot tolerate criticism and seek only self-interest are by definition insane and parasitic just like the Leftists they emulate.

This was my email reply to Mr. Steves:

> You regularly speak in ignorance of Hestia society and NRx.
> It is hard not to interpret that as hostility.

What is this you are speaking of?

I wrote a fair assessment of a difficult situation, pointing out some
mistakes that NRX is making that I have seen before:

If I may, let us look at the following lines together:

> I want to clarify that I do not target any specific voices in Neoreaction,
> but the gestalt here. I do not think this is the doing of one, or some, but
> a general misinterpretation because it is the most likely interpretation
> one would take if one is coming from a democratic, egalitarian time.

I quote Atavisionary at length for his analysis, not his specific attack.

Regarding Hestia and Neoreaction.net, however, I do notice that other
than yourself there has been zero support from them for many of us out
here who have two more decades of being active in this area than they
are. It would be hard not to interpret THAT as hostility.

In my view, all right-leaning movements — and by now, I have seen
quite a few — make one of the same cluster of mistakes. When you
think about it, both National Socialism and American Republicans have
tried to make a Leftist hybrid. What I think is “purer” about your
Orthosphere-style approach is that it eschews ideology for realistic
thinking, which in my view includes God (and capitalism, and the other
two of the four pillars).

I contacted what I believe was Atavisionary’s account and have heard
nothing in response.

As always, I appreciate you contacting me directly with comments and concerns.

I suggest a different direction for Neoreaction:

If we want to “be worthy,” and be more than an internet trend for disaffected NEETs to blow off steam before going back to Steam for another distraction, Neoreaction must not be a movement, but a cultural shift — this is, again, the opposite of a movement. It is a re-evaluation of values and lifestyles based on a different interpretation of the status and goals of our civilization.

I am sorry to hear that Hestia has chosen this path. I was leery of them before, except for Nick B. Steves who I legitimately enjoy, but now I find myself unable to trust anything that Hestia Society or Neoreaction.net do. However, as I wrote in the original article, this one incident should not overshadow the rest — Hestia is not the only offender.

The Alternative Right is absorbing Neoreaction much as it has taken over the New Right and pushed White Nationalism to the sidelines. Part of this is because the people who gained popularity in Neoreaction were too often cheerleaders, and only secondarily focused on useful, realistic thought.

The Alternative Right could be stated as not an ideology or movement but a general compilation of topics manifesting in a cultural feeling that we have gone down a wrong path in modernity. Here are some general attributes:

The Alternative Right could be seen as a hybrid between the best aspects of the Left (Deep Ecology and anti-Consumerism) with the Right as it is when it acknowledges its inherent need for Nationalism, or the right to exclude all others but the indigenous group so that the indigenous culture can rule instead of the Nanny State, and for social hierarchy. It is radical common sense.

Unlike the Neoreactionaries who hope to profit by their blogs and parlay Neoreaction into a kind of social identity and lifestyle that inverse justifies their low social status, Alternative Righters are concerned with the salvation of civilization from the inevitable decay that arises when mass populism takes over. The more Neoreaction attempts to be a Leftist-style ideology, the more it falls behind.

In the meantime, some forces within Neoreaction are trying to push the envelope by looking at how technology and markets alter human futures and enable alternatives to Leftism. While this is not a complete answer in itself, it also works as an effective purge of the remaining anti-Capitalism (i.e. on the path to Communism) elements from European Rightists and White Nationalists.

The now-inevitable downfall of Hestia Society shows how Neoreaction has been unable to escape its Libertarian roots and is now on the same path that Libertarians travel, which is social Leftism plus “fiscal conservatism,” a condition approximating that of American Republican neoconservatives for the last century. Like their failure, its failure is written in its hybrid genetics which serve to justify Leftism through Conservative methods.