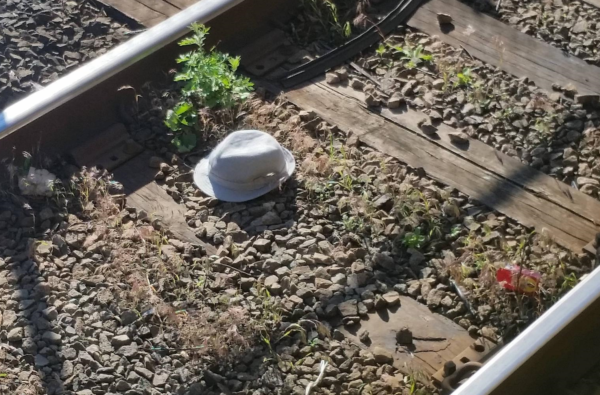 The problem with Leftism is that it has a parent philosophy, and that can appear in any form, especially that which claims to be anti-Leftist. This is what did in white nationalism, and now what will end Neoreaction as any form of actual revolution.

A healthy society operates through no universal methods, but several general principles, and these become adapted in many specific ways. One way is culling. Any successful society has internal gatekeepers who drive out the people of lower moral standards, ability and behavior or those who are merely genetically incompatible. The sane form of this is exile; the insane form is either not doing it, or going to the other extreme with The Holocaust™ or some other horrific pogrom.

Crowdism is based in the fear of the individual of this culling and also, of being insufficient according to the social standards needed for society to be cooperative. A cooperative society works toward a goal through its moral principles. Crowdists want a society that is forced to accept everyone, thus forced to validate every behavior, and therefore presents zero risk to the individual but also grants them the benefits of participation. Anarchy with grocery stores.

Over time, the parasites become bolder and demand unions, the welfare state, diversity and other means of camouflaging bad behavior and ensuring that the incompetent are rewarded just as much as the competent. This pathology appeals to the fear in all of us of being incompetent, insufficient, un-cool, etc. Like most human expectations however it backfires horribly and instead benefits the parasitic while driving out the normal.

As I have said many times on this blog, you either have the best rule the rest, or the rest rule over the best, to catastrophic results.

In the past, I have warned Neoreaction that it veers too close to become a Leftist-style ideology because Neoreaction has come to include the principles of collectivized individualism. Any time you find yourself arguing that there is a “system” which will manage people and come to good results, you have left behind the fundamental distinction of Dark Enlightenment societies: they believe in hierarchies and moral codes, and therefore, they select the morally best as leaders.

The temptation to make Neoreaction an ideology like Leftism is totally understandable of course. Leftism is powerful. But the most likely form of its failure comes from it being absorbed from within by Leftism, much as I argue that white nationalism became fundamentally Lefty just as National Socialism did. These systems fail because in the guise of getting beyond modernity, they affirm modernity.

As has been said on this blog many times before, the dividing line is equality. If you think all people are morally the same and can be managed by external incentives and rewards, you are a Leftist. If you think we should pick the best people and let them have free reign under a few general principles, then you are an organicist, a realist and most likely a conservative.

White Nationalism failed because it went the way of Leftist ideology, which — as people never tired of reminding me — made it popular and thus powerful. It was easy to get a group of people together on the idea that Negroes and Jews have destroyed white culture, where the more nebulous concepts of civilization decline, individual moral caliber and Deep Ecology that I pursue tend to confuse and alienate people (much like my personality). But growing popular only to become what you hate and fear is not victory, but self-destruction. Western civilization has been doing too much of that lately for my taste, and by “lately” I mean the past four thousand years or so…

Enough of my curmudgeon ranting. I will add to this post some excerpts of an excellent rant made by Atavisionary:

This work as Atavisionary eventually got the attention of Hestia society. Hestia of course also founded social matter and the future primeval. Though keep in mind that my subreddit, /r/darkenlightenment, is actually older than Hestia. Hestia was formed after the breakdown of the website moreright (which occurred well after I started the sub). You can google this to find out more information, but briefly Mike Anisimov acted with impropriety on twitter and the rest of the blog writers on moreright decided to publicly excommunicate him and branch off. Before they announced hestia, however, I had already created atavisionary.com and I tangentially addressed the issue. That was written prior to any direct contact with the writers or ex-writers of moreright. Mike may have instigated the mess and my discussion, but I spent no more than a paragraph discussing internal drama of reaction then moved on to abstractions. You may have noticed a similarity in my modding policy. Attack the argument, not the person. Their decision with respect to Mike was probably warranted in my opinion, but frankly that had nothing to do with me so I wonâ€™t comment further. Now I am also suffering a similar ex-communication. However, I am actually the 4th person this has happened to that I am aware of and there may be more. First was Mike of course, then there was NIOreaction who I think now writes under reactionaryfuture, then there was Reed Perry who used to regularly write for social matter, and now me. This is starting to feel like a pattern.

…I wonâ€™t go into too many details, save two, but my major problem with â€œofficialâ€ neoreaction is that they are far too secretive and far too timid. The main cause of our falling out has a lot to do with their loathing of transparency. Both in the current situation and while I was still on the slack. Prior to recent events, I had already started to distance myself from hestia. It has already been several months since I deleted my slack account but before that the very first major rift between us came when I found this white nationalist hit piece article which attacks moldbug and [redacted]/warg franklin. Warg is one of the head people of hestia, and you can see he was on the email thread linked below. I posted this link in the private slack because, well, it is a bit of a concern if one of the main â€œleadersâ€ of neoreaction is a literal cuckold. Their response was to remove the link and any comment referring to it. And this wasnâ€™t just my comments, it was a number of people on the slack who were censored. Keep in mind this was a private chat room, not a public forum, so striesanding probably wasnâ€™t going to happen. And wouldnâ€™t have happened now if hestia didnâ€™t continue to make one poor decision after another. Needless to say, I was pretty miffed by this action and it along with a number of other disagreements led to me leaving slack. It is clear from that experience, however, that the allegations against Warg in the above hit piece are absolutely true, and following hestia means following a cuck. It is hard to say what kind of skeletons the other â€œleadersâ€ of hestia have in their closets. It is also clear that the â€œleadershipâ€ doesnâ€™t have any plan for dealing with this unfortunate history, and prefer censorship to proper strategizing.

…Believe it or not, a large portion of the Hestia society lives and works in New York City. Well they certainly live up to the stereotypes people have about New Yorkers. They have a very inflated sense of self importance.

The short of it is they are far too willing to mislead those who might listen to them, such as the community we have built here on /r/darkenlightenment. Even among those who are sympathetic to them (like me) they take a very high and mighty attitude, which is why you are learning about this today. Worst of all, they have absolutely no respect for the /r/darkenlightenment community. They donâ€™t even want to give you a decent description of their meetup group. They donâ€™t even have any respect for me who has spent two years and a lot of work building and moderating this community. I wonâ€™t lie, I am still in awe that they so steadfastly refused to follow such a simple and longstanding rule. I canâ€™t understand why they think they shouldnâ€™t have to follow the rules of my community. No sensible organization with any sort of decent leadership would have pointlessly risked alienating a major ally like hestia so carelessly has in this case. It is clearly a symptom of poor leadership.

From what I understand, part of their reluctance to provide any information whatsoever is that they literally take compartmentalization as a religion there. They arenâ€™t trying to form an organic community, they are trying to recreate a spy agency secrecy state.

The whole thing is worth reading. Obviously I have been deficient in linking to people like Atavisionary and AntiDem in the past, but I am seeing a new wing of intelligent and realistic commentators out there who are concerned with practical leadership. This seems like a good direction toward which NRX and related intellectual movements can orient themselves to avoid the pitfall of Leftist assimilation from within.

Ultimately what afflicts the West is a leadership void, which is what egalitarianism always creates.

In regards to the above, I think it is essential to ask (as always) what is cause and what is effect. In my view, the cause of much of Neoreaction’s internal squabbling is the inevitable tendency of people in democratic times to take democratic interpretations of new ideas, which is why I cluster more with Fred Nietzsche and Michel Houellebecq, who in two books have said more and reached more people than online movements ever will.

As far as what it all means, it is this: the truth is not hidden. Few seek it, and most spend their time trying to hide it further, so that they can act with impunity toward whatever ends they have while enjoying the benefits of civilization. This creates a society of as many directions as people, and it pulls itself apart and then regroups around a lower standard, which is how third-world societies occur. All of human history is basically one great big temper tantrum by the toddler herd while a few sensible people try to restrain them from acting in ways that are ultimately self-destructive.

I wish Neoreaction luck in overcoming this disease. It has slain many in the past. I wonder why so many of us feel the cold shoulder from other bloggers, activists, etc.; is it because they dislike us, or because they want to compete with us instead of doing their own thing? The typical human pattern is that the group standardizes on a mean and excludes the outliers. But here at Amerika, we are forever outliers, because we do not trust the mean.