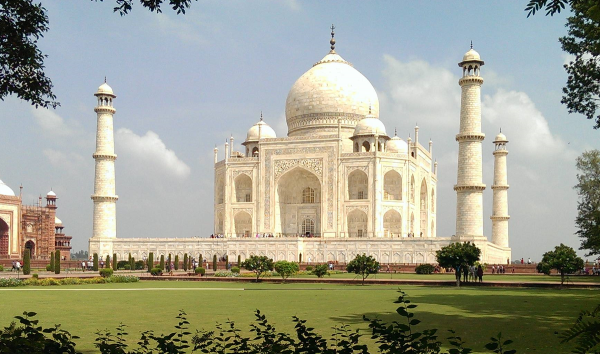 In this world, all good things become destroyed, and they all go out the same way.

Neoreaction, the post-libertarian reactionary conservative movement that has showed so much promise, is in the midst of a stumble. Interest flags, writings have petered out or become circular, and internal divisions have reached an apex.

We do not have to look far for the causes. Neoreaction began as a movement that is like most conservative movements consequentialist, or based in results rather than intent. It arose from the libertarian idea of minimizing government to avoid it adopting an “ideological mandate” by which in the name of protecting its most vulnerable citizens it enforces control on all. Its idea, held in common with some anarchists and transhumanists, was to treat government like a corporation which sold enumerable services to its clients in exchange for a fair market price, and to deprecate all of its other functions.

However, by escaping the mental ghetto which says that Western liberal democracy is the ultimate evolution of human society and the best we can achieve, Neoreaction opened the door to other dangerous and scary ideas. Its members embraced ethnonationalism, patriarchy, hierarchy/royalism and other ideas which have been the norm for most of human evolution but have been denied in the West since The EnlightenmentTM, which held that the individual human’s preferences were more important than social or natural order.

Rejecting consequentialism, the Age of Reason created the idea of “equality” where each human had the absolute right to make any choices he or she desired, with the idea emerging later that society would subsidize these choices. As a form of “Dark Enlightenment,” Neoreaction rejected the Age of Reason as a wrong turn and suggested instead a merging of what has been perennially true in human relations with modern technological know-how and engineering standards.

It is an appealing mix. Many of us warned of the problem with being a conservative movement that does not admit it is conservative, which is that it will quickly turn on itself as it tries to adapt to the status quo of steadily increasing liberalism in the West since the 1700s. Conservatism represents the only alternative to liberal ideology, which is based in equality, and generally consists of two components: (1) consequentialism or results being more important than intent or methods and (2) transcendental goals, such as “the good, the beautiful and the true” or for many a religious purpose to human existence.

The problem is that in human society, things do not die of weakness but of strength. What made Neoreaction strong was that it introduced eternal ideas of human civilization in a new form, separating them from the forms which have become tired in the hands of the GOP and other seemingly misguided and disorganized conservatives. This strength drew people to it and, not having first cleared their minds of liberal programming, they began to treat Neoreaction as if it were another liberal concept.

Liberal concepts value individual participation and self-expression because the individual is more important than the results. Conservative concepts value individual participation where it achieves certain results, and only then. The same writers who gave Neoreaction its early strength pulled it apart as they competed for audience with blogs, books and YouTube videos. To differentiate their product, they had to each invent unique theories and viewpoints. These in turn created confusion about the core of Neoreaction, and drifted farther away, which meant they lost their conservative core and as a result became increasingly liberalized.

If we listened to the liberals at the outset, Neoreaction was doomed because it was not liberal enough. As it turns out, it was too liberal, but not by ideology but rather by the behavior of human individuals seeking to profit from it. All those blog hits, video watches, and book sales became a goal in and of themselves, and the idea of Neoreaction got lost in the muddle.

Thus the movement became moribund in the same way a civilization does: it becomes a vehicle for individuals to express their own self-importance, not a cooperation toward a qualitative end. Neoreaction became assimilated by liberalism because it adopted the methods of commerce and popularity, part of the demotism that makes up modernism.

Naturally, there are some who kept the idea strong and you can find their blogs in the list to the left. But in the meantime, for Neoreaction “The quest stands upon the edge of a knife. Stray but a little and it will fail to the ruin of all.”

Liberalism and The Red Pill | Potemkin morality in Brezhnevland