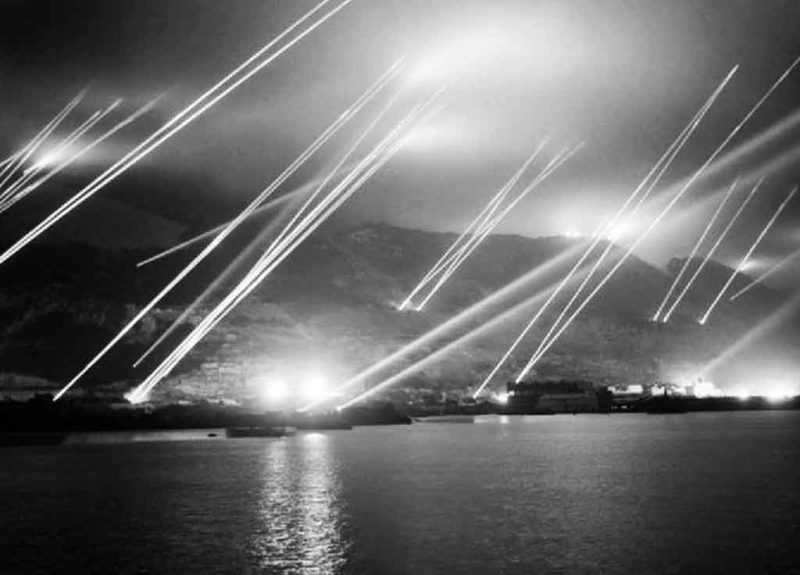 Under democracy, we cannot learn from history if those lessons contradict the ideology of our time, known as egalitarianism. If something suggests that people are not equal and that we cannot form a great Tower of Babel united around the idea of everyone sharing the same values, it falls into the memory hole fast.

This means that when we learn a painful lesson such as that war under democracy is impossible with television cameras present as we did in Vietnam, we promptly forget it because it collides with The Narrative.™ The next generation must rediscover it for themselves, at the low, low price of only another giant heap of bodies.

Even more, it means that whatever was the actual issue behind the war — as opposed to touchstone events and talking points — gets buried under history because it brings up the possibility that there are flaws in The Narrative,™ and for that reason must be quickly obscured lest some voters stray from the paddock.

This means that we missed the point of WWII. This war might be described as Napoleonic War III, in that yet again, the democratic republics of the world waged war against those who had rejected democracy. Again, democracy was more popular, and won out by partnering with its ideological allies, the Communists.

However, a war won does not mean a discussion won. Ideas rebirth themselves in new minds. These ideas appear time and again because the underlying problems that they contemplate have not been solved, or perhaps even mentioned. Inevitably, because most people are inert, what is popular favors easy-short term non-solutions.

And so, today, we find ourselves re-fighting the Napoleonic Wars. Leftism wants to conquer Europe yet again, mainly because the nations that are most heartily endorsing it are bankrupt and seeing their policies failing, albeit slowly because of the wealth of Western Europe and the native abilities of its people.

Imagine two nations where Communism — which always causes systemic collapse over time — is imposed. In a poor nation, collapse may come in a decade; in high-IQ can-do Norway, it might take a century. Western Europe struggles with the same problems that afflicted the USSR but is stronger in enduring them, thus the collapse lingers.

Today Leftism seeks to conquer Europe with demographic warfare, mirroring the Hart-Celler act adopted in the United States in 1965. Leftists saw in the 1960s that native Western Europeans were hostile to Leftism, so they decided to import millions of third-world people who always vote Leftist.

Demographics thus determines the future of Europe and the USA. Like Detroit, when they gain a minority majority, they will never vote Republican again and will instead, as happens in low-IQ third world countries, always vote for free stuff promised by criminals.

The “nationalist powers” in WWII — Germany, Italy, and Japan — found the idea of demographic replacement to be odious, and so fought back against the rising tide of ideology in the UK, US, and USSR that said a nation was defined by its political and economic system, not its people.

Unfortunately, most of these powers had not yet thought through the process of rejecting the State, because it is a democratic trope that a nation is its state; in a clearer frame of mind, we might see a state (republic/government) as a guardian of its people, but not something to which one has allegiance in itself.

They did however resist the idea of the nation as a political/economic construct. This triggered Democracy, Inc., which knew that if a nation were to be defined by its people, culture and values would again take higher priority than money and power. This outraged them, so they waged a brutal war to dominate the globe.

In doing so, the Allies created a new world order, based on capitalism used to power a socialist-style entitlements system, fueled by a constant influx of people to be labor and a tax base. That in turn required it to be open to inexpensive labor from all over the world, so “diversity” became its new byword.

Except that it was not so.

The economy was not what required diversity; it was American political experience from the Civil War. That war taught America that it could mobilize the citizens of Democracy, Inc., to war using the pretext that someone somewhere was being discriminated against by not being taught equally.

The Americans resurrected their Civil War propaganda for WWII and then during the Cold War as a way of attacking the Soviets, styling them as the second coming of Hitler (ironic since Hitler learned authoritarianism from the Communists). With the new Hitler/Confederacy in its sites, the democratic citizens went to war again.

This mythos continued even into the Iraq war. Why was Saddam Hussein bad? He gassed those Kurds. The whole weapons of mass destruction (WMD) narrative relied on the idea that the Kurds were attacked with WMDs, a way of conflating gas weapons with city-erasing nuclear warheads. Inequality! Injustice!

Even Israel gets the Confederacy treatment, from the Left at least, every time they decide to defend themselves against the Palestinians launching rockets into their cities, blowing up buses, and shooting civilians. The irony of analogizing a Jewish state to Hitler and the KKK seems lost, but Israel is nationalist, just like those outliers.

We are refighting WWII and the Civil War every year now. When someone of a non-white race appears to have been victimized, our society goes into overdrive, and then sweeps it under the rug when the innocent victim proves to be not-so-innocent. We were ready to bomb Syria for attacking minority tribes as well.

In the EU, nationalism has reared its head because diversity finally revealed its true form. It was sold to people as a chance to have variety within their country; it turns out that the variety is here to replace them, and in the process, it makes formerly prosperous places into third-world ruins.

Similar things have happened in the USA. After electing Barack Obama, most Americans figured, “Well, that’s it — we finally undid white supremacy. Now everyone can get along!” Instead they got emboldened minority groups who made it clear that their goal was not co-existence, but reconquista, and they wanted whites dead.

If only someone could have warned us about this… oh wait, they did. Hitler — for all his faults, the blighted hipster art student — told us that diversity did not work. We did not listen. The Confederacy told us that we could not design a universal values system for all groups, and we did not listen.

Decades later, here we are, still fighting out these intractable problems. What makes them impossible to solve? Our assumption of equality means that we have to assume everyone is identical under the skin, and this sends us crusading for diversity and universal values systems. Neither are functional.

The West has chosen diversity as the hill upon which it wishes to die. Rather than admit that its assumption of diversity and universality is wrong, the West would rather self-immolate than look for alternative solutions. If diversity goes, so does our classless egalitarian society, and that makes our proles afraid.

Business looks at this and thinks, in classic bourgeois fashion, “This will cut sales!” Same thing with shopowners, and middle managers, and even church leaders. Everyone is falling over their own feet in an attempt to get out there and welcome the conquerors as the new target demographic.

And yet, voters are concerned, mainly about the fundamental transformation of America from the comfortable 1980s WASP-ruled country to a new dystopia. Europe is the same. Donald Trump noted this to the dismay of the media:

Trump told the British tabloid that “allowing the immigration to take place in Europe is a shame.”

“I have great love for countries in Europe,” he emphasized, “don’t forget, essentially I’m a product of the European Union, between Scotland and Germany. Right? My father Germany, my mother Scotland.”

“I think you are losing your culture,” he said. “Look around. You go through certain areas that didn’t exist ten or 15 years ago.”

“Fundamental transformation” means that the country designed for your people is replaced with one designed for a third-world population. They are not here to be one group of many; they are here to replace you as the dominant group so that Leftists can rule forever, even though that is already backfiring because red blood is stronger than Red flags.

This is why we are back in cold war conditions. This is do or die time. Either we get control of our nations, back from the Left and their foreign new citizens, or they turn both the US and EU into a permanent Detroit where minority majority rule guarantees increasing Leftist power.

We can look back to the 1950s and see how our country began to rot from within right after WWII. On the surface, all was chrome; underneath it was dark, organic, gritty, decomposing, corrupt, perverse, hideous, malformed, retarded, masochistic, sadistic, greedy, and evil.

Democracy ate us from within just as it did in ancient Athens. Once people have no thought in their mind except equality, since that concept expands to crowd out all others, they go looking for ways to expand equality, and eventually arrive at a quasi-religious quest for totalitarian ideological purity.

In the meantime, it destroys them personally, rotting out their souls, by making them focus on distinguishing themselves through personal drama, social status signaling, ideological demonstrations, and other forms of drawing attention to themselves. Peer pressure crushes common sense and exceptional logic alike.

Soon the West — Europe, US, Canada, Australia, even New Zealand — will experience an oil-on-water separation. Those who are realists like Donald Trump are backing away hard from the diversity agenda, even if they want no harm to occur to those foreigners already among us.

Everyone else remains within the fog of egalitarianism, driven forward by ideological feelings despite having great doubts about themselves and our future, with their minds disorganized from the sheer number of erroneous assumptions they must adopt just to get through their everyday lives.

As we re-fight WWII and the Civil War, it becomes clear that the losing sides — while far from perfect — were correct about a few principles. Diversity is death and there is no one standard for different groups, even similar groups like English and Irish. The center cannot hold; the beginning is the end of our togetherness.