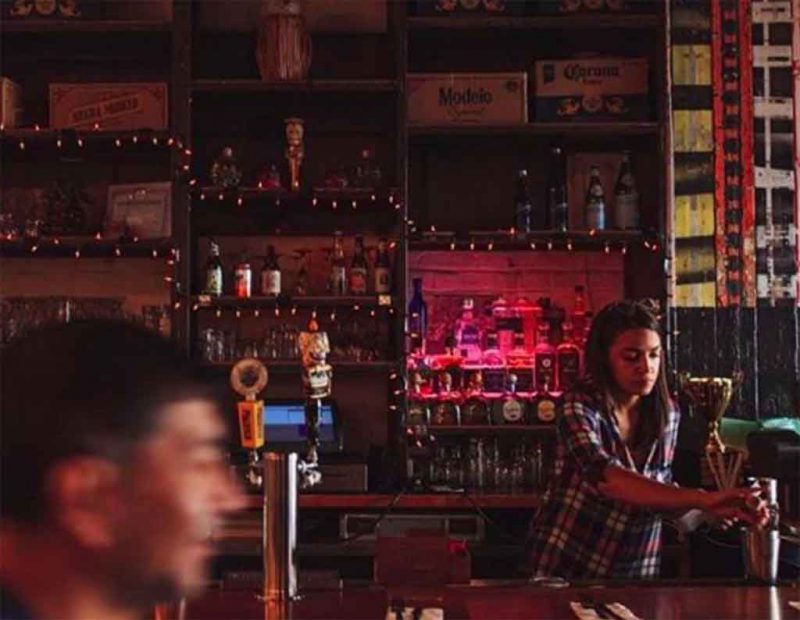 Of all of the reasons for the Left to freak out last week, the most important did not come from the Right. Instead it came from the failure of a strategy designed by the Left, which failed exactly as the Right predicted it would. As with most things Leftist, the full horror was not articulated but left hanging in the air, like a lurking fear.

Alexandria Ocasio-Cortez, an inexperienced politician of dubious background, defeated a longstanding white Democrat of high stature in the middle of New York. At first, some were seduced by thinking that the decisive factor was the socialist politics of Ocasio-Cortez, but then the reality sank in that this was a far simpler situation.

Just as in other minority-majority areas, minorities vote anti-white. They want to dispossess the white power structure and put brown, black, or Asian people in charge so that the interests of the majority are not represented. Once they elect their candidates, the minority majority will vote in the Latin American style.

In Latin America, other than a few hiccups which were influenced by extraordinary events, people vote Leftist, as they do through all of the third world. To them, this seems like a good idea; nations with average IQs under 100 tend to drift to far Left politics because it promises immediate rewards and that is all their biological attention span can comprehend.

If you go into a classroom of preschoolers and say, “You can have two candies tomorrow, or one right now,” the majority of the kids will pick the candy now. In the same way, if you go into a nation with an 87 average IQ or 95 average IQ and promise more social benefits instead of infrastructure and investment, you will win.

The same is now true in parts of New York City. Ocasio-Cortez promises gifts that no one can afford, but the fact that she is not of the Western European founding majority and that she is willing to make such promises proves to be enough for her electorate. They rocketed her into power over experience and a proven track record.

Once she is in power, they will hope for free things, but they know that government is often dysfunctional, so if nothing comes they will shrug and go about life as normal. At least they got their candidate in power, and beat back the group they fear, which is the possibility of returning Western European dominance.

Looking through Latin America, we see this pattern time and again. In Brazil and Venezuela, the favelas elect corrupt socialists and then double down when those fail. In Mexico, a socialist was elected on the promise of immigration to the USA being a “human right.” People vote for people like them, and this means perpetual Leftist power.

However, the American Left misunderstood this. They thought that this meant that the third-world flood they started importing in 1965 would vote for white Leftists like Hillary Clinton, Elizabeth Warren, and Joe Crowley. They got the order backward: the third world votes first for other third world people, and then demands socialist reform.

Even if Alexandria Ocasio-Cortez fails to deliver one socialist reform, she has still won one for Our Team, as the third world contingent sees it. They want to see brown, black, or Asian in power everywhere, and to know that then, they dominate the white voters.

In Detroit, this has been the condition for years, and so infrastructure went ignored while more fat government jobs trickled down to the ghettos and more benefits were paid out in the streets. The voters like the thought of working — showing up when they want, often barely at all — at a government job for twenty years and then retiring.

They like it even better when it is paid for by the white minority that the the third world continent wants to see banished. Every ethnic group needs to be in control of its future, and to do that, it must dominate all others. For minority groups, the first step is banishing whites, and then they can work on each other.

Ocasio-Cortez has comrades in this process. In Michigan, a previously-unknown brown guy threatens to overwhelm the white Democrat power structure:

Shri Thanedar, who was unknown until six months ago, has spent millions of his fortune on TV ads in which he pokes fun at mispronunciations of his name, touts policy prescriptions like single-payer health care and, in recent days, jokes that some of the state’s potholes are so big “you can see them from space.”

Thanedar’s ensuing rise in polling is no laughing matter, however, within a Democratic Party that has not controlled any significant lever of state government in years. Some Democrats have doubts about his party affiliation. Others worry that if Thanedar wins the August primary, Republicans will pounce on his spotty business record.

Michigan’s largest local Democratic club, based in suburban Detroit, recently took the extraordinary step of issuing an “anti-endorsement” of the 63-year-old immigrant, scientist and entrepreneur.

“Suburban Detroit” means the white flight suburbs to the north and east of the city. Unfortunately for them, just south of Detroit lurks a large population from India and the Middle East, joined by increasing numbers of Hispanics in the cities and of course, the African core of Detroit itself.

In Houston, a combined Hispanic, Black, and Asian vote elected African-American Sylvester Turner who proceeded to thoroughly ignore (and possibly cause) the flooding of the oldest neighborhoods in the city. His goal is to keep the minority majority happy with those easy government jobs and benefits, which is why Houston is broker than broke.

In Irvine, only 6.83 percent of its total revenues are allocated towards long-term obligations. Contrast that with Houston, where a staggering 339 percent of our revenues are somehow meant to pay off our various long-term debt obligations. Irvine also has the general fund reserves to cover 75 percent of its expenditures, whereas Houston could cover only 17.5 percent (though this is at least just above the Government Finance Officers Association’s baseline recommendation of 16.67 percent, which is equivalent to two months of spending).

We don’t normally put much stock in rankings or ratings, like those which perpetually place Houston among the fattest or least-in-shape cities in America. But it’s hard to argue against Houston’s outstanding pension obligations, among other issues, including a decrease in sales tax revenue, a sluggish oil and gas market, and a revenue cap passed in 2004 that limits the city’s ability to collect property taxes (a boon for homeowners, but a much-needed source of city income during soft economic times).

Naturally, the Left blames falling oil prices instead of overspending, recognizing that if another oil boom comes its way, Houston will reap some of those corporate profits in taxes. Increasingly, however, it looks as if it will not be enough. At that point, Houston will be like Mexico or South Africa: broke and taxing whites to pay it off.

Democrats in are in panic because the diversity is not behaving as it is supposed to. The diversity was supposed to gather behind the Democrat flag and vote against white Republicans until the country was permanently in Leftist control. Instead, the diversity is voting for itself, and offering more socialism than Democrats dare to.

This means that a minority-majority America will look like Detroit or Houston. The essential issues will go ignored, but the trough will always be full of easy government jobs and social benefits, at least until the nation defaults on its currency, which cannot be long since it is already $23 trillion in debt.

The policies of the Left have hit their peak. They worked as a gambit for seizing power, but the bill has come due, and it is clear that the power they seized is not only unstable but waning. Diversity is quite a hill to die on, and thanks to the Left, America has chosen this as its preferred exit from superpower status and perhaps, existence.