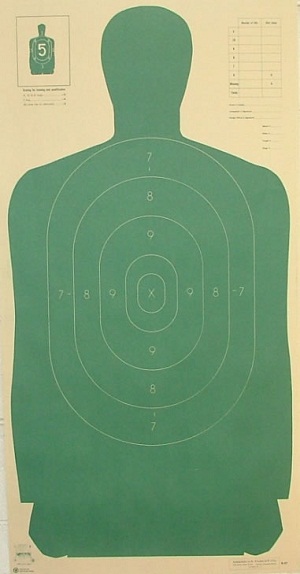 The political climate in America has been heated since the midterm election, when it was clear that Obama’s loss in popularity would grant Republicans majority in the House of Representatives.

Prior to the midterms America had witnessed a series of symbolically charged events, among them the anti-Washington rethoric built up by the Tea Party movement, the stormy town hall protests in response to Obamacare, and the “hijacking” of Martin Luther King’s historical March on Washington day by Republican Sarah Palin and Independent Glenn Beck.

Yesterday the explosive political scene in America took a much darker course, when Democratic Representative Gabrielle Giffords along with 19 other innocent people were brutally shot down outside a supermarket in Arizona.

Maybe the shooting would have remained a non-political tragedy only, if the identifiable suspect Jared Lee Loughner, a 22-year old fringe activist living with his parents in Tuscon, had not displayed an outspoken message of radicalism on his social networking accounts. So the same old question is asked whenever a political wannabe goes crazy with a gun in society: Why did he do it?

We can expect a political knee-jerk reaction coming soon from the Leftist media establishment, already in action in Europe, where many columnists make links between the shooting and the angry rhetoric made by Palin, Beck and other Washington critics. The two largest newspapers in Sweden, Svenska Dagbladet and Dagens Nyheter, top their websites with titles like “Hateful rhetoric to blame” and “Palin’s aim list still up.” It’s only a matter of time before CNN, MSNBC, RT and the others jump on the train: the Tea Partiers in America have gone too far.

It’s pretty obvious that Palin’s “aim list” graphic was distasteful. But others have taken the time to investigate the shooter’s web identity, and discovered that he was a leftist radical with strong anti-goverment sentiments. Old class mates remember him as a fringe activist: “he was leftwing when I knew him in hs & college,” “liberal in wanting to change the way the world was run, we both wanted to. He took it to an extreme I never would’ve.” Jared Loughner seems to have been a liberal activist crossing over to anti-government and conspiratorial world views:

“The majority of citizens in the United States of America have never read the United States of America’s Constitution. You don’t have to accept the federalist laws,” the video’s titles say. “In conclusion, reading the second United States Constitution, I can’t trust the current government because of the ratifications: the government is implying mind control and brainwash on the people by controlling grammar. No! I won’t pay debt with a currency that’s not backed by gold and silver! No! I won’t trust in god!”

For some time parts of the fringe Left and Right have joined teams and asserted themselves through conspiratorial groups like the 9/11 movement, Alex Jones infowars fan club, Ron Paul supporters and other anti-government groups. I wrote, warning about this development early last year, when it was clear that Ron Paul’s Presidential campaign was losing momentum after being swallowed up by extreme grass roots, whose ideas didn’t just criticize Washington but went to such lengths as to blame the 9/11 attack on the Bush Administration.

Extreme statements from fringe groups whose central world view seems to have been an integral part of the Tucson shooter’s identity: government, institutions and leaders are enemies we must fight to destroy.

The anti-government crowd, which by extension really is an anti-society fan club, present a paranoid conspiracy where all citizens are unknowing victims of evil manipulations of power. It’s a classic theme running throughout history, from members of the Catholic traditionalists to large segments of white nationalists and revolutionary socialists. It’s not a Left-Right movement, or really even a movement at all, but a defective political psychology devoid of reason and belief in society.

Many people like Jared Loughner have become dissatisfied with the traditional political parties and turned their interest to the simple answer, which is to paint all power in black and everything public in white.

Conspiracy theories in combination with radicalism, whatever political flavor it’s served in, is lethal to society, because it promotes revolution. The very core of political stability in our modern Western societies boil down to essentially three pillars: Roman law and justice, Greek administrative democracy and Judeo-Christian moral framework. These three institutions guarantee that society maintains stability as long as we believe in and uphold justice, trustworthy institutions with representatives appointed by the people, and the morals of collective peace and moderation.

Today the Western model is under threat by radical forces who wish to overturn these ideas and transform them into something else. Islamist extremists seek to test and undermine our secular democratic institutions. Liberal multiculturalists want to make all cultural values relative and therefore weaken our traditional moral framework. Liberals and socialists are expanding government to include institutions who refuse to be politically impartial, slowly disrupting our entire legal system. Global warming activists are demanding that we abolish the free market system of the world to appease environmentalist lobby. Even if we are critical of how the Western model works, and demand change, we must follow the framework of change within the bounds of Western society–or else we will end up with a completely different system, as in the case of Russia.

No one can probably say for sure why 22-year old Jared Loughner committed his crime. What we can say is that the paranoid world view expressed by the shooter is shared by many other prominent groups in America and Europe. Groups that not only find dissatisfaction with status quo, but assert that radical change can be brought up by revolutionary means. Violence, hate, criminality. None of these will work, other than serving the purpose of fulfilling society as an unsafe, scary and confusing place to live in.

The world view of government and society as evil powers that need to be destroyed belong in school text books about anarchy. But when its proponents start to take matters into their own hands, we must condemn their actions and defend our society as our home, sometimes off-course, but always fragile and therefore worth fighting for.