Brexit: The Failure of Democracy (As Usual) 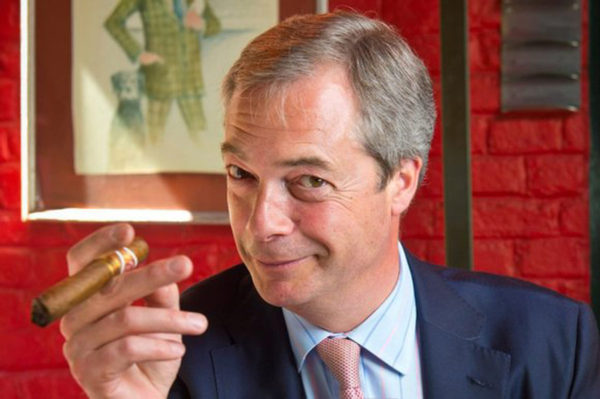 As soon as the Left recovered from their shock over the “Leave” vote, the tongues started wagging with a clever and canny strategy: Brexit, they said, was the “triumph of our democracy.” It showed the process working, you see. Even if all of us clever people hated the result, look, the system is great!

What Brexit actually shows, to anyone with a consciousness beyond “what do others think of me,” is the usual pattern of democracy: while the sensible people are busy living their lives, democracy creates crises that then require mass mobilization and massive losses to fix. There is a good reason that democracy is the graveyard of empires; unless carefully counteracted, it destroys society bit-by-bit with the seemingly gravitational movement of a moth drawn toward flame.

Humans find it hard to accept this, but what we think we need is rarely what we actually need, and usually represents a dangerous illusion. Thinking minds tend toward rationalization, as this selects a truth that is easier for the mind to comprehend than the ambiguity, seeming disorder and risk inherent to life. When our minds look at a patch of forest, we see chaos and possible Darwinian terror, and refuse to realize that in fact we are looking at something with a higher degree of organization and efficiency that our grid-layout cities and boxy suburban rows.

The human mind looks at square, uniform, and evenly-spaced objects as “orderly” when in reality this is an inefficient method of organization which is prone to sudden failure when one of its objects gets bumped out of place. In nature, bumps and chaos are anticipated and incorporated, then improved upon. The human mind fears nature and the potential insufficiency of the individual human, and so all of these natural orders terrify us at a subconscious level.

Democracy is merely an extension of the tyrannical ego. We need to feel In Charge, so we separate the task of leadership from the questions it addresses and create a System that then replaces reality as the target of all of our actions. To succeed in human civilization, you must address what people think is real, not what is real, and focus more on “getting along with” others in the group, not fixing the problem.

To succeed in formalized human groups, you must deny reality and focus on human pretense. The same is true in social settings: what makes you popular is not reality, but how much you can distract from it. Working within the system means paying more attention to how to manipulate others than how to achieve results in physical reality; working with a social group means telling people what they want to hear, not what is true. This is the root of all human dysfunction.

Do you ever stop to wonder why there is a zero percent survival rate for civilizations? None last… they all self-exterminate. The clever chatterers twist Plato’s cycle of civilizations into a type of fatalism that says every civilization has a certain expiration date, and so there is nothing you can but shrug, pour yourself another glass of wine and watch the decline from the porch of your downtown condominium. More sensible observers realize that every civilization has perished because they all made the same mistake.

When a mistake is widely made, it has some cause which is inherent to people and not to the circumstances under which they find themselves. Civilizations across the globe, rich and poor, from every racial group, have all fallen by the same mechanism. This means that it is likely a cognitive gap in our understanding, which like many of these consists of a separation between appearance and structure. Many things appear to be true, but looking beneath the surface, one finds that what “seems” like it would be right is in fact not right at all.

On this topic I always think of the merry-go-round at our local playground when we were kids. If you are standing next to it, and it is in rotation, you think that you can just step on and be part of it. But in actuality, contrary to appearance, you have to get a running start to match it in speed or you will effect a momentum transfer that could well send you flying. Cognitive pitfalls like this are not human per se so much as they are products of the separation between visual reality — which we can share between people — and structural or actual reality.

Democracy is one of these pitfalls. On the surface, if something bad happens, it must have been the king’s fault. In reality, there was often nothing anyone could do about a misfortune — famine, invading Mongols or Sea People, plagues and floods — but the human tendency is to assert our Authority and demand that someone address the situation. A smart king will do nothing but clean up as best as possible, knowing that it is beyond human ability to stop misfortune. But the ego wants to be enthroned, and wants to feel “safe,” so it smashes down that king and declares the real problem in our society was that we gave too much power to kings.

And so we get a compromise. We have no leaders, but we make choices in groups, and in theory, we always choose correctly. In reality, the complexities of governing even a small community are more complicated than can be communicated to a group and vastly more so than what can be understood by that group. That creates a new group of leaders who have less power than kings, but also less oversight by the capable, and this group sets about “civilizing” the rest of us. Worse, it does so under the aegis of the voters, because it has the pretense of being the will of We The People.

If you wonder why we have bureaucrats in the EU who like to pass down petty little rules on everything from what toaster you can use to how thick your toilet paper can be, this is why: they enjoy the sensation of power because it removes ambiguity from life, and they have no oversight from the voters except in periodic elections when many thousands of little acts are summarized by a few token issues. It is like when the teacher leaves the room and gives that annoying teacher’s pet kid the authority to punish, discipline and command others. Of course you get abusive nerds! It is Lord of the Flies writ in documents, speeches and Nordic-style positive policing instead of a pig head, but the psychology is the same.

But the open-mouthed nodding heads of the “sensible” people are always there to tell us how great democracy is. “Oh, no, we could not have a king, that would be uncivilized, like cavemen,” they say. “We need process. And laws, and rules, and procedures, to protect all of us.” They are convinced that they are smarter than the rest of us, smarter than nature and wiser than God. Nevermind that they are basically nerds… masters of a narrow domain, oblivious to the wider picture, like the computer programmer who writes compilers but cannot boil an egg, mow his lawn or make conversation with a lady.

The grim fact is that the feral, atavistic doubters called this one correctly. Our notion of being “civilized” is mere pretense that allows us to put our egos in the drivers seat, arranging every piece of our lives into neat blocks so we feel in control of it and therefore, powerful. When we do this in groups, we get democracy, which produces tyrant-nerds who promptly miss the point on every issue, ruin quality of life and make us all hate each other, at which point civilization fragments.

Think of how massive this realization is:

We write a lot about unintended consequences here, including dark organization arising within our well-intentioned human social organizations. Humans are still in denial of the fact that what we think is right is usually wrong, and the more we insist on getting what we want, the closer we come to destroying ourselves. When we trust nature, and accept its order as sensible, we are operating on the level of structure; otherwise, we float on the level of appearance — which we can communicate to others visually and through tokens and language — but never engage the actual issues.

Brexit was a revolution against democracy. The good intentions people — and we all know the old saw about a road to Hell — said the right things, and the open-mouthed nodding heads voted for them and declared how this was the civilized, intelligent and mature way to behave. Not like those horrible cavemen and fascists! Then, as always happens, the cleverness gains momentum. The people in power need to keep demonstrating their relevance, so government grows and rules bloom like mold on bread left in a humid barn… the chattering classes keep signaling how intelligent and mature they are by even more fervently supporting crazy illusions like diversity even as Muslim rape gangs, Eastern European organized crime, and Chinese investors subvert their society. No one can stop the democracy train once it gets rolling. Its momentum carries it forward, and since it started in a crazy place, it has nowhere to go but even crazier, reality-denying places.

Human history could be written this way: most people are always wrong. They get together and agree that their wrongness should be right, and so they declare equality and rule by the people. This appoints tyrannical nerds to power who quickly make too many rules in an effort to make themselves seem important. Then, everyone is afraid to mention that the Emperor’s new clothes are in fact made of air. The momentum builds, and the crazy train runs off the rails. Then, someone like Nigel Farage, Jesus Christ or Arjuna comes along to sacrifice himself (or at least 25 years of his life) to clean up the mess that everyone else made. The crowd, momentarily humbled by seeing how its actions have failed, starts mumbling justifications… and then the process begins again, until finally someday civilization exhausts itself and dissipates — poof! — like so many illusory notions in the wind.

The True Terror of Minorities: We Do Not Need You | Civilian Society Hates Masculine Men