The True Terror of Minorities: We Do Not Need You 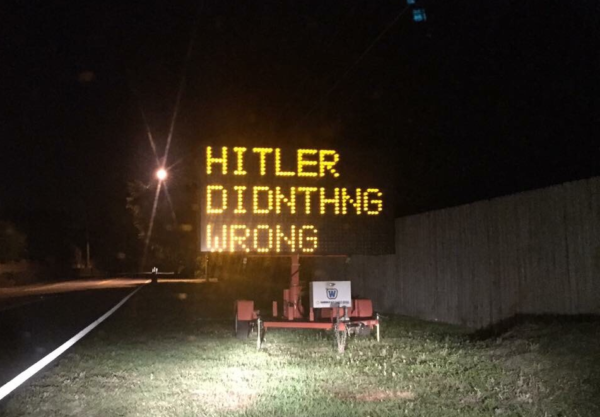 At Trump rallies around the country, we see desperation. Not — for a change, which is why they are voting for Trump — from the white people, but from the non-whites and white hipsters who have no claim on life if “Facebook Consultant” is not a viable job title. They are in denial of something big, and it scares them to death.

This big something is as follows: we do not need them. If all minorities perished tomorrow, and all white hipsters died in fire and brimstone, white America would experience a brief hiccup — but nothing more. More competent people would take over those publicist jobs, food service and construction as we did in years past, and do a better job.

Diversity requires that we take the lower and accept them as equal to the higher so that everyone “can just get along.” This pleases white suburban housewives immensely, much as it flatters white women hired in the tall spires of the city, and white men who wish to go through life without the risk of warfare. But like most exceptionally pleasant things — heroin, infatuation, obesity — it is denial and not reality. It is a compensation for the reality we are afraid to face.

In the past, Europe arose from a relatively small number of people. Some were promoted to aristocratic levels because they were more competent than the rest. They managed to instruct the peasants in agriculture, organized the military, got basic practices of hygiene in order. This is how Europe surged ahead of the rest despite having fewer natural resources and people.

Those are the people we need. The ones they instruct are disposable. Their leaders do not treat them as such, but recognize this truth: the brains and good moral character people are what makes society run. Laborers? You can always find more laborers. This society was not built on slaves, because the slaves by themselves could not have created it. It took those brains and big souls to get everyone else in line — in contrast to their usual superstition, loafing and hedonism — so that something more than subsistence can be made.

Despite seventy years of Leftist propaganda, minorities are aware that if they all died tomorrow, life would not only proceed without a major hiccup, but perhaps be better. This makes them unstable and puts them in a horrible position. Nationalists would end the trauma by sending them to their home continents to help their own people, where they would have better options for partners and friends.

Democracy however resents this. It exists for one principle: assert that all people are equal, so that we need a Power to enforce equality and are afraid of anything but that Power. Ask yourself: does this Power need any of us? The answer is no: all of us are means to its ends, and we are as disposable as napkins at a New York hot dog stand.