Bad Mathematics Created The War On (Some) Poverty 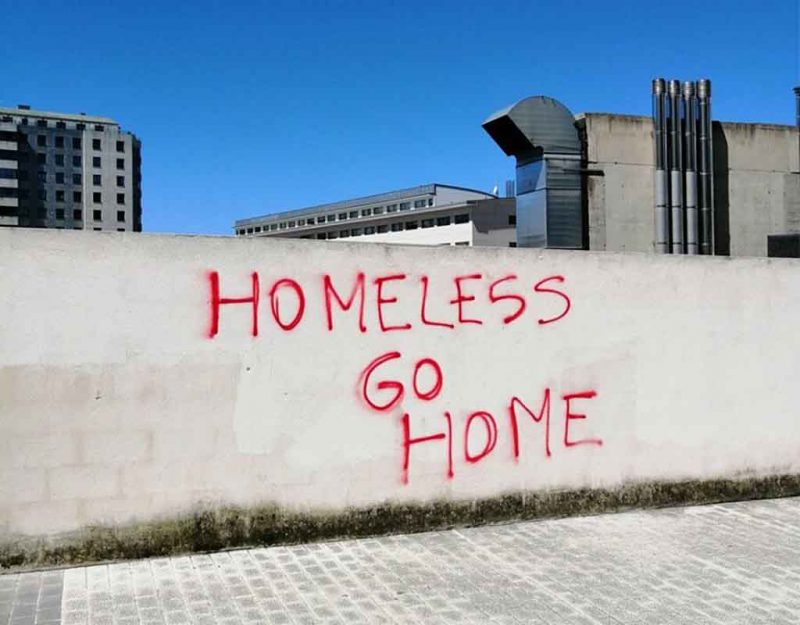 We know how the modern scheme works: government taxes the productive and gives to the unproductive so that they buy more consumer junk and drive up the value of currency, which allows government to borrow more and list that as “growth” when really it is a circular Ponzi scheme.

It turns out that the justification for this was based on painfully simplistic math which was accepted because it fit the Leftist narrative:

Indeed, one book from that era boldly challenged the Biblical wisdom with its title: The Poor Ye Need Not Have With You. This 1970 volume was written by Robert Levine, who had served in the Office of Economic Opportunity, the federal government’s anti-poverty agency. His book was also supported by the Ford Foundation and the Urban Institute, two principal backers of the war on poverty. Levine adhered to the simple materialistic view of poverty. “Even a quick look can convince us that poverty as it is currently defined in the United States is a completely solvable problem,” he wrote. “If we were to provide every last poor family and individual in the United States with enough income to bring them above the level of poverty, the required outlay would be less than $10 billion a year.” In this perspective, curing poverty was simple algebra: add government’s x dollars to the poor’s y dollars and the result would be the end to poverty.

As with all things modern, we are looking at treating effects as causes. People are poor; why? There is a reason that they are poor, but our egalitarian mentality rejects “poor people have poor ways” and low-IQ as explanations, and jumps immediately to the idea that these equal people are arbitrarily poor.

If they are equally capable, then, an arbitrary solution seems likely. They have few dollars; give them more, and they will (technically) no longer be poor. Embarrassingly, this thought went unchallenged by the majority of people, for whom the simple math made sense.

Fast-forward fifty years, and we see that the War on Poverty has failed:

In January 1964, Johnson declared “unconditional war on poverty in America.” Since then, the taxpayers have spent $22 trillion on Johnson’s war. Adjusted for inflation, that’s three times the cost of all military wars since the American Revolution.

Last year, government spent $943 billion dollars providing cash, food, housing and medical care to poor and low-income Americans. (That figure doesn’t include Social Security or Medicare.) More than 100 million people, or one-third of Americans, received some type of welfare aid, at an average cost of $9,000 per recipient. If converted into cash, this spending was five times what was needed to eliminate all poverty in the U.S.

The U.S. Census Bureau has just released its annual poverty report. The report claims that in 2013, 14.5 percent of Americans were poor. Remarkably, that’s almost the same poverty rate as in 1967, three years after the War on Poverty started.

As always, counting statistics and not looking into the core of the problem betrays us. We raised the amount of money they had, yes, and kept it going for some time, but because their abilities and behaviors did not change, they are still poor.

Luckily, free markets did good work in reducing the cost of ownership for modern conveniences, so now most of these poor live in apartments with running water, heat and air conditioning, refrigerators, televisions, and in many cases, automobiles.

We might see this as the War On Some Poverty because it attacked the perennial destitution of our underclass, but never aimed to make a society where people could by working normal jobs, achieve a decent quality of life in terms of financial stability.

In particular, it impoverished the middle class, who despite having more money, cannot get off the treadmill of paychecks and bills. No one has property that can be passed down and enjoyed because of high property taxes. Everything has become a servant of the need for more tax dollars.

This situation culminated in the 2008 “Great Recession,” which was caused by our war on low minority home ownership and pointed out, finally, that we cannot afford these entitlements programs and they are causing us to exist in a state of genteel poverty, having enough money to scratch by but for most, never accumulating enough property to escape the treadmill.

As we come out of the postwar order — one based on ethnic and racial equality, in order to show that we are not like Hitler at all — we can see the wrong path we have taken. The War on Poverty sacrificed the rest of the nation to fight an intractable problem, and failed to fix that, too.