Liberalism is the cause of inequality 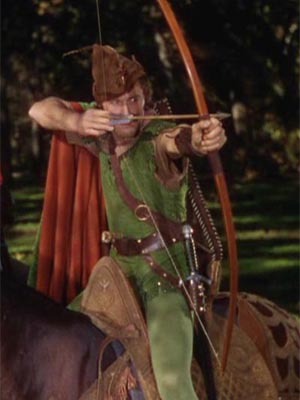 One of the pitfalls of being human is the many perceptual traps that can ensnare us. Spotting an object in water is difficult because of refraction; our ability to estimate the lengths of lines is hampered by nearby objects. Colors surrounding an object affect how we perceive it.

For the past five hundred years, a perceptual trap has gained momentum. This trap starts simply: we see civilization around us, and that it provides for us, and we assume that it will always be that way, even if we make changes. So greedily we demand as much as possible for ourselves and ignore the consequences of those acts.

More than a political movement, this is a social movement based on the wishful thinking of people who are not engaged in maintaining the civilization itself. They view society as like a supermarket: you take what you want, pay your money, and worry about nothing else.

In the USA and Europe, a resistance movement has awakened to resist this perceptual trap. We resist it both as an economic doctrine (socialism/liberalism) and as a philosophy of civilization (narcissism). We don’t want it in any form because it is the opposite of a healthy attitude toward life, and its results are correspondingly bad.

A huge share of the nation’s economic growth over the past 30 years has gone to the top one-hundredth of one percent, who now make an average of $27 million per household. The average income for the bottom 90 percent of us? $31,244. – MJ

The good liberals over at MotherJones.com, who provided us the above quotation and several informative charts, have stepped into a perceptual trap. They assume that individual equality exists, therefore that if inequality exists, something must be wrong.

They point out an interesting fact, however: the average income in the USA is dropping, while the incomes of the “super-rich” are rising, which is symptomatic of a third-world population. However, what they forget is that liberalism caused this vast inequality by undermining the middle class:

All of the above are liberal darlings because the above support the liberal agenda of equality through wealth distribution and fragmentation of any majority group (who could possibly be more equal than the rest of us). In addition, the American left gets most of its funding from unions and associated concerns.

Follow the money, Washington reporters like to say. The money in this case comes from taxpayers, present and future, who are the source of every penny of dues paid to public employee unions, who in turn spend much of that money on politics, almost all of it for Democrats. In effect, public employee unions are a mechanism by which every taxpayer is forced to fund the Democratic Party. – Washington Examiner

If you want to know why your money is decreasing in value, and thus inequality is increasing, it is because of the liberal left’s attempts to make inequality disappear.

Before the left took over, the philosophy of Europe and the United States was that we would provide opportunity and reward those who were more competent. This natural philosophy, a lot like natural selection, enabled us to grow and challenge ourselves and produce an elite of smart, capable, dedicated people.

As the fight over the federal budget gathers pace, we will also see big confrontations between the reformers and the hostages to the status quo in Washington. Democrats are salivating over a possible backlash against Republican lawmakers if they force a government shutdown in early March by insisting on spending cuts. And complacent Republicans are dreading that very possibility in the face of the onslaught from the more energetic House Republican freshmen who recently passed that bold measure to reduce the federal budget by $61 billion.

The United States has been getting away with surreal levels of debt for far too long. If the dollar were not the world’s reserve currency, a major debt crisis would have exploded by now. The total outstanding federal debt has reached $14.1 trillion, almost the equivalent of what the economy produces in a year. Meanwhile, the annual deficit, a major source of that ever-mounting debt, stands at more than $1.6 trillion for 2011. It represents almost 11 percent of the nation’s gross domestic product — which compares pitifully even with Greece, whose deficit in 2010 amounted to 8 percent of that country’s economy.

As a result of these imbalances, and of the illusion that unemployment can be brought down with government spending, the Federal Reserve has been printing dollars like crazy — half of them to purchase Treasury bonds. The policy of easy money has contributed to skyrocketing commodity prices, whose ugly political, social and economic consequences we are only beginning to see around the world. – Real Clear Politics

As the left got more popular, it introduced the perceptual trap: why can’t we all just be equal, spread the wealth, be pacifists, and live in tolerance of each other. The problem is that wealth redistribution penalizes the competent and responsible, and replaces them with a few vicious controllers and vast clueless masses who do not care about social problems they cannot understand.

Thereâ€™s a major difference between the US aristocracy and the meritocracy though. Aristocrats like Henry Chauncey, bred at Saint Grottlesex boarding schools and the Ivy League, were conscious of their privilege and social responsibility, and focused on developing the character and leadership skills necessary for public service. Many of todayâ€™s meritocrats, in contrast, donâ€™t believe itâ€™s a rigged game in their favour, and commit themselves to winning it at all costs, which means stepping on everyone else. As a result, too many lack self-reflection or self-criticism skills, meaning even those who are grossly overpaid give themselves outrageous bonuses.

But as long as the global elite is armed with and shielded by the belief that they are a genuine meritocracy theyâ€™d find it morally repulsive to make the necessary compromises. Whether American or Chinese, individuals who focus too much on â€˜achievement,â€™ and who believe the illusion that theyâ€™ve achieved everything simply through their own honest hard work, often think very little of everyone else as a result.

Thatâ€™s the ultimate irony of the otherwise admirable efforts of Conant and Chauncey to create a fairer world: in giving opportunities for the bright and able (regardless of whether they are rich or poor), theyâ€™ve created a selfish and utilitarian elite from which no Conant or Chauncey will be likely to appear from in the future. – The Diplomat

Liberal policies create inequality. By enforcing an equality of political means, instead of practical ones, they create a false elite. This false elite then takes from the middle class, and funnels that wealth into a cancerous government and a new “elite” fashioned out of those who benefit from gaming the system. These aren’t innovators and trailblazers; they’re people who have learned to manipulate society for their benefit.

In addition, much like the Soviet Union and the ill-fated Southern European socialist states, these entitlement states spread the wealth too thin and re-direct it from growth areas into dead-ends, resulting in not only bankruptcy but a delusional population who, when the money runs out, won’t stop their own benefits in order to get everyone through the trouble. A nation that is disunified like that isn’t a nation; it’s a supermarket.

Traditional peasant societies believe in only a limited amount of good. The more your neighbor earns, the less someone else gets. Profits are seen as a sort of theft; they must be either hidden or redistributed. Envy, rather than admiration of success, reigns.

In contrast, Western civilization began with a very different, ancient Greek idea of an autonomous citizen, not an indentured serf or subsistence peasant. The small, independent landowner â€” if he was left to his own talents, and if his success was protected by, and from, government â€” would create new sources of wealth for everyone. The resulting greater bounty for the poor soon trumped their old jealousy of the better-off. – National Review

The psychology of hating inequality produces greater inequality. Where natural inequality may seem unfair, it works to produce “more equal” people who rise above the rest and, through their competence, give to the rest of us a functional society with profitable industries. Artificial equality on the other hand forces us all to the same level of poverty, leaving a few cultural/political elites to rule us, as is the case in most third-world nations.

The choice is upon us: first-world inequality, or third-world equality? The battle in Wisconsin is symbolic more than it is a choice of Wisconsin as a place particularly in need of fixing; it’s a battle over the philosophy that will define us, and decide which of these two societies we pick.