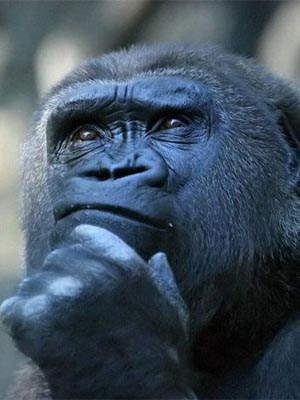 Our society is freaked out by its origins.

Below the nice comfortable level of socialization we have lurks a dark underworld. Natural selection, primal combat and animal urges. We either avoid the topic entirely, or try to find a way to explain it through religion.

And when it rears its ugly head, we find ourselves trying to conceal it, like prostitutes abusing make-up to hide the black eyes and meth sores.

Since the era of the permissive society and the mainstreaming of modern feminism, western society has gone a long way towards liberating women’s sexuality. Younger women have, to an unprecedented extent, been encouraged to believe they can be as sexual as they like and to experience and express their desires as they wish. Even the age-old proscriptions on female promiscuity have been largely broken down, exemplified by the glorious flowering of the SlutWalk movement.

Simultaneously, and perhaps not coincidentally, male sexuality has been increasingly seen as a problem. You can hear it in the gentle, dismissive mockery that says men are simple creatures who “only want one thing” or, at the extreme, outright vilification. The male gaze threatens, male desire is aggressive. Our primal instincts are pathologised with the jargon of gender studies. Righteous and necessary efforts to reduce sexual crimes have had the unwelcome effect of teaching generations of men that our sexuality can be dangerous and frightening. – The Guardian

People are such painful blockheads now. It can be one extreme, or the other. No middle path, as that’s not a 1 or a 0, so our computers would hate it.

Like many things, sexuality makes sense when it is given a sensible goal. Otherwise, it becomes like other addictions: us chasing a method and hoping it will bring about the significance of certain selective end results.

If you meet the woman of your dreams and spend a night of passion with her, no amount of “nights of passion” with other women will re-create what you had. In fact, they will make you miserably lonely. It was about her, the time and the union; more sex cannot fix that any more than more candy.

For this reason, many of us idealize the older way, in which men and women were selective with their sexuality and so made their union rare, beautiful and striking.

In the modern time, we are looking backward and trying to edit out the past by making political decisions in the present. We fear the power of men? Demonize them and their sexuality. Change the history books to say all men are rapists. Make sure we have at least 50% gay, minority, female and disabled heroes in every movie.

We are slowly rationalizing ourselves away from common sense, whose origins emerge from a study of reality itself.

Computers and the internet are changing the nature of our memory, research in the journal Science suggests.

When participants knew that facts would be available on a computer later, they had poor recall of answers but enhanced recall of where they were stored.

The researchers say the internet acts as a “transactive memory” that we depend upon to remember for us.

Lead author Betsy Sparrow of Columbia University said that transactive memory “is an idea that there are external memory sources – really storage places that exist in other people”. – BBC

We are slowly externalizing ourselves with gadgets, as William S. Burroughs said.

Instead of knowing our world, and being able to understand it and predict its responses, we rely on objects to do that for us — and thus let them mold us.

As we re-write history, we have made it one of those external objects. If all the history books say men are rapists, they will start to think it not only plausible, but their destiny.

A forward-looking society would not pit women against men, and demonize men for being stronger. It would look toward complementary roles that brought out the best in each.

But that’s complicated, and the crowd doesn’t like it. Instead, we look backward for sources of our betrayal and suffering, and use those to ruin the future for men so we can all hold hands and sing.

The Economics of Metapolitics | Nationalism or shopping mall