At This Point, Holocaust 2.0 Is Unavoidable 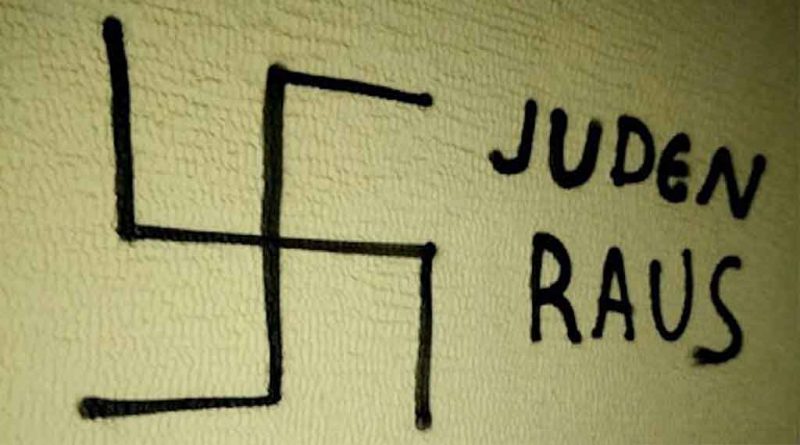 People like me prefer to avoid killing, violence, and conflict for several salient reasons. First, we know that any battle is rolling the dice with the Fates, and can end badly; second, we realize that humans are sophomoric by nature, and so idiots tend to gain power while the rest of us are off fighting battles. Finally, we prefer that violence would be a method of last resort.

However, history is not made up of people like me; it is made up of reactions. Most people are NPCs who form atoms in wave motions, and these waves flicker and whip across time with a will of their own. No one intends history; history emerges from the conflicts of the many half-thought, unclear, emotional, gut instinct, and aesthetic responses of crowds.

That is, unless you have kings, but that apparently is too sane of an argument for anyone caught up in the modern time or their own egos, whichever comes first.

In the current wave form, we have been bouncing between two extremes in a sine wave for aeons. On one side are the individualists, represented by the Left; on the other side are the people who like inherent external orders, championed by the Right. When one part gets power, the other works to un-do it, and so the battle rages on, with no one winning.

The whole West is caught up in this. The average citizen here has Leftist viewpoints because our societies are based on a Leftist notion, equality, which presupposes that the individual is more important than the order of nature, logic, and the divine in which he exists. This natural order is distinct from the order of external control upon which the Left relies, which imposes a human order so that it might protect the individual, even at the expense of creating a system to which he owes his loyalty and at whose whim he may be destroyed.

These Leftist viewpoints comport with their other utilitarian viewpoints, namely that making money is good and being popular is good. In the grubby world of the human animal, this is how you succeed: you say things that others like, you sell products that they like, and you vote for whatever most people like. That is how you socialize and get along with others.

That means that the West has primed itself to be enslaved to a principle called equality, and that we cannot break free from that cage. However, the stronger the cage, the stronger the reaction to burst free of it… this means that we have a crisis in the future as our system reveals that, like that of the Soviets, it cannot respond to change, and the cage must be shattered.

As that cage shatters, the angry human animal will turn on those who benefited from the old System. They will especially target those who stand out. As we have seen in the past with ethnic groups who stand out from the rest, that group will be targeted, confined in concentration camps, tortured, used as slave labor, and eventually executed.

What else do we think will happen to a foreign group who comes to our countries, takes advantage of what we offer, uses it to advance itself and members of its own group, hides the evidence, and then suppresses any criticism of itself? This group advances itself like a fifth column at the expense of the nation as a whole.

Few of them join the military or police. They focus on where the money is: doctors, lawyers, business, architects, entertainment. Most of them are not particularly competent at these roles because they are just there for the paycheck. They hire their fellow family members, give them loans, promote them at schools, always driving forward.

For them, ethnic interests come first before the nation or even concern for their fellow human being. Like any good salesman, they hide behind caveat emptor — “let the buyer beware!” — as their excuse for any ripoff, bad service, or incompetence on their part. They are all about themselves, and the rest of us are cattle for them.

While some of them have achieved high performing results, the average one seeks only to displace the natives from high value work, and this effectively strangles the host nation as surely as vines kill trees in the deep forest. Others could have invented these things, but the aggressive foreigners, hell-bent on profit, got there first.

They spy on us constantly, reporting back to their ethnic homeland. If they are in a court and it is one of their people versus one of our people, they vote to free their guy at the expense of our guy. They cheat on their taxes, sell pornography and other vices, corrupt the youth by skirting laws designed to protect them, and generally are a force of social decay.

Some time ago they started buying up our media. Now, movies marketed to our most innocent members — women and children — feature themes that benefit this foreign group. In the movies, they are portrayed as smart and capable, while we are bunglers and sad sacks who depend on them to bail us out from our trivial, irrelevant, and unnecessary problems.

They are over-represented in our government, and when there, they tend to “reach across the aisle” if the guy on the other side is one of them. Otherwise, they do what benefits them, which is to take the money and run. They are disproportionately likely to be wealthy as they are to be defendants in trials for the most profitable crimes.

Oh. Wait. You thought I was talking about Jews? I must correct this misperception: I was speaking of the Chinese.

I could also be speaking of the Russian immigrants who rolled in during the 1920s and 1930s. There were too few of them to have an impact, but like the Chinese, they were a high-IQ Asiatic-derived population. Eastern Europeans have Asian blood in them, as can be easily visually discerned.

I might even be speaking of the Irish or Italians who still retain strong ethnic identity and tend to work against the interests of the founding group of this nation. They pushed America to the Left and now have quite a bit of power.

Or maybe, if you fetishize such things, we could be speaking here of the Jewish people, who have contributed a great deal and generally breed within their own group, but are now a target because they are highly visible as a powerful Other who tends to lean Left, much as it did in the Soviet Union.

Theodor Herzl, a visionary if one ever walked this Earth, noticed after the Dreyfuss Affair that Jews stood out from national populations, making them a target when things went wrong. A few decades later Germans who noticed that Jews were both disproportionately financially successful and participants in Communist groups, in an excess of suspension of common sense, began enslaving Jews in work camps where many died. Others were shot in countries that the Nazis occupied.

This Holocaust, following the Armenian Holocaust and the attempted Boer Holocaust by the English, exemplified the worst of late democratic thinking. As a democracy ages, its unrealistic policies make it unstable and controlling, and so people become “modernist” in their thinking, trying to filter out evils like impurities in metal made in factories.

Since then, we have seen how genocide forms part of the fabric of history. Two dissimilar groups cannot coexist in the same space, or even any space that is not separated by barriers. Inevitably friction arises because each group perceives that the other cannot be stable unless it eliminates the competition. So: do unto others, before they do unto you.

To anyone with a functional brain — a group that has always been an infinitesimal minority among humans — this implies the obvious solution, which is to keep different groups separate. This is best done by giving them continents of origin, with the exception of America which was a natural expansion of Europe and belongs to the Western Europeans who created civilization there.

Jews in Israel face no threat except invasion by other groups, with Romans and Arabs being the two most common. Even more, this forces Jews to resolve their own internal problems, such as a highly argumentative culture that divides itself (“two Jews, three opinions”) through individualistic internal dialogue. They can thrive with rule of themselves and control of their own future.

If you are at all a student of humanity, you know that different groups have different values which correspond to different genetics. Which came first, the chicken or the egg? It turns out not to matter, since chickens and eggs manifest together or not at all. Groups are different and each is going its own way, ideally separated from other groups.

Jews bear a heavy load. They were formed of a European maternal line and Asiatic paternal line, mixing in other trading groups from the middle east. In the West, much of their success comes from higher IQ and drive, which creates a disadvantage for indigenous Western people only because those have been dropping out of the broken system of democracy and markets that we democratically chose for ourselves.

Following those lines, it has always seemed foolish to persecute the Jews for what ultimately is a Western failing, namely that starting in the 1300s we began to overthrow our natural hierarchy with an egalitarian system. Since we had more proles than higher caste people, the proles won the day and quickly began doing what they always do, which is demanding free stuff and no oversight. That is why they are proles: they do not understand cause and effect, and so they think that they can be kings, when in fact they are inept at that role.

This ongoing revenge by the left side of the bell curve against the right side has torn the West apart. All of our other problems — diversity, tolerance, feminism, incompetence, tyranny — originate in our choice to be individualists, which gave proles equal license to those of higher stature, creating mob rule which has dragged us down to the level of the third world. We are living off the past with our technology and power, but those will neither last nor save us from the social disorder which is destroying us.

Nonetheless, as Herzl observed, Jews stand out and will be blamed. Dying civilizations are run by mob rule and the mob ultimately prefers an easy answer to the hard task of rebuilding civilization, including suppressing the proles and exiling those who are broken. There is going to be another Holocaust, and it is coming soon.

As the West collapses from having chosen democracy again, and then driven itself mad through the neurotic nature of individualism, it will lash out at any targets it can find. Those who stand out will be cut down. This includes the rich, the Jews, and any other group that appears to be benefiting from this System which is consuming us.