We Keep Looking For An External Cause But There Is None 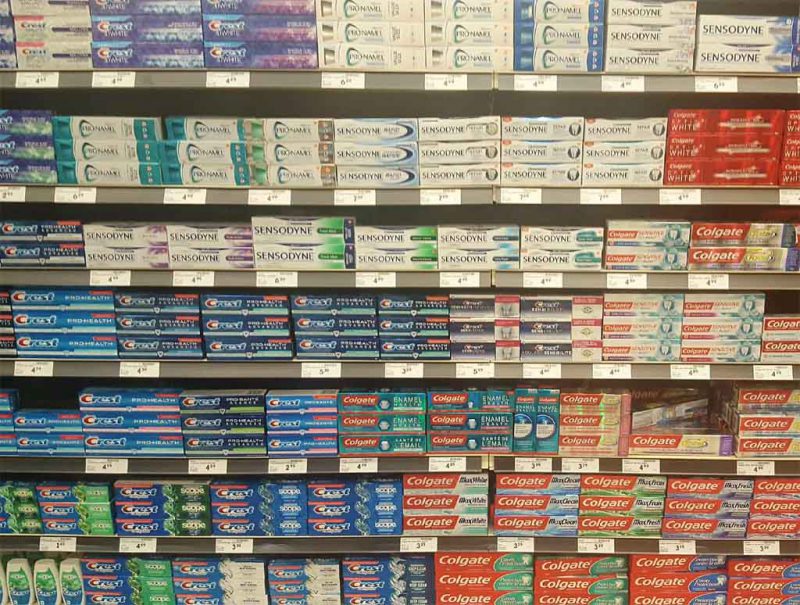 Reflecting on our current situation, one cannot help but think back to the Cold War, when what beat the Soviets was as much McDonald’s, blue jeans, and grocery stores full of plenty. Their system did not work; ours did, at least during that. Somehow however we ended up, just a few decades later, in the same place they did.

Today from cradle to grave we are managed by The System. If you get good grades in school, you can go to more school, and then get a job which you attend — commuting long distances to avoid the rotted areas of your city — every weekday until you retire. There you do much of what you did at school, namely paperwork and socializing with other people under the guise of “negotiation.”

This system reaches into every aspect of our lives. The products we can buy are strictly regulated, yet they seem to miss many of the big risks while focusing on details. Our health care is administrated by government and industry, and it increasingly tells us what we can and cannot do.

We find it hard to oppose all of these rules because they are based in protecting people. If not all of us, at least the most vulnerable. The system wants to save us from smoking, racism, obesity, offense, intolerance, sexism, cholesterol, and any other thing it can use to justify having more power over us.

We are all dependent on government at some level. Many jobs exist only because rules were created which mandate them; in order to accomplish basic transactions, we need to interact with government agencies. If we become outsiders to this system, or anger government, we will not be able to have normal lives.

And yet, in theory, we are “free.” We have civil rights, human rights, and natural rights. We have a free market! We have freedom of movement, speech, and religion. The system has found a way to limit all of these: public appearance. If we become enemies of the ideology of the system, no one will want to interact with us, so we have no freedom after all.

In this way, we see how Communism and consumerism culminate in the same endpoint: total bureaucratic control of society, justified with good intentions. In fact, all human systems seem to end up this way. Only wealthy societies have systems, but as soon as a society becomes wealthy, it sets up a system with good intentions and hires bureaucrats to run it.

This shows us that we are not fighting an external enemy — the Jews, the Rich, even the Chinese — but our own inherent tendency to view the world in a paradigm of control. The human being wants to have power over his world not at a physical level, but an intellectual one. He wants to be able to explain the world in such a way that proves that he is “in control.”

We might call this The Ahab Principle after the unfortunate character from Moby-Dick who would rather destroy his ship, his men, and even his own life than admit that a whale had bested him. To him, being right in the end was more important than survival. This, not awareness of mortality, is what makes humans unique. We have a need to control.

When we herd a bunch of humans together, it amplifies their fear and doubt, and so the need to control accelerates. Instead of accepting that some are doomed and some are born to greatness, this group tries to ensure that everyone will have some kind of greatness, even if that means that we all get an average instead of peaks and valleys.

There is no source of external control causing us to self-destruct much as the Soviets did before us. Our own good intentions drive us onward, desiring to be right — according to our own sense of how the world ought to be — even if it kills us. That drives us to create external systems that enforce rules on us so that we are all equally safe.

Every society that succeeds reaches a point where it becomes dangerous to itself. Having slayed the dragons, beaten back hunger and disease, and cut down the forests, the humans in that society lose any innate goal that their civilization possessed. Before, the goal was to survive; now that they are thriving, the goal is to… well, what exactly?

Navel-gazing results, which brings out fear of unlikely risks since all the likely risks have been suppressed. This causes the good human idiots, usually from the middle class, to put on their thinking caps and decide that they can use external force to make everyone get along, live good lives, prosper, and be good citizens.

The drive to do that comes straight out of commerce itself. A bourgeois merchant knows that the right answer to any question is always that everyone is welcome, everyone is good, there is something good in everyone, we are all one. Just get them in the door and they will start spending money, and then everything will be okay. This passes for “wisdom” in sick civilizations.

In this way, commerce and socializing are joined at the hip. The same rules for making everyone feel comfortable at a party apply to having everyone buy your stuff, vote for you, or make your name famous because you said the right thing. The merchant of today is the teenage hipster of yesterday.

This long chain of events takes us to where we are now. If everyone is equal, transgender people are equal; this means we must teach children at a young age to accept and be comfortable with transgender people. Other ethnic and racial groups must be included, and women be made equal to men. Equality is a mind-virus that will never stop until it controls everything.

In this way, the decay starts from a seed — the idea that we can force everyone to have a good life — and develops linearly into the ideas of utilitarianism, equality, and eventually, totalitarianism. We must force people to have those good lives, and since some will resist, they must be suppressed and managed through total control.

All of this originates in our individualism, or the desire to gain personal wealth regardless of the impact on civilization, nature, the gods/God, or any other order larger than the human individual. The merchant wants to sell equality; the consumer wants to be part of the system and be safe.

These systems neuter us. We can no longer act toward what is obviously necessary; we defer to the rules, to the opinions of others, and to how we think it makes us look. We have become wimps who are afraid of difference of opinion, and afraid to look outside the little human world we have created to see how nature works, because we know it will show us that we are wrong.

Silly humans. We thought that stampedes and herd behavior were limited to our domesticated animals. Little did we know that by using external control, we domesticated ourselves, and now we are caught in a slow-motion stampede, racing in panic from perceived threats by using a system and, by doing so, enslaving ourselves and ensuring that we will fail.

I’ll Take My US Senate With a Black Pill and A Shot of Scotch | At This Point, Holocaust 2.0 Is Unavoidable