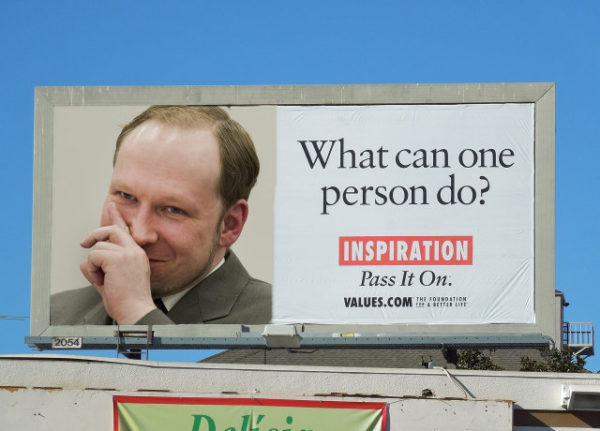 Conservatives find themselves at a disadvantage in political conflict because the Left is more polarized and less concerned with decency and unity. Their goal is to sacrifice society as it is for their idealized Utopia. Nothing is off the menu for them.

But as a recent article on American Thinker discovers, this means the two sides are incompatible — Left and Right cannot coexist, which means the only method of survival for the Right is to seize power, disenfranchise the Left, and then physically remove them (probably deportation to Brazil or Mozambique).

We cannot construct a new framework with the Left or its amoral members, just as we would not form a business or marriage or friendship with someone we know we can never trust or respect.

The Left has won where the Right has failed because conservatives are unable to comprehend that Leftists are not at all like Conservatives. Conservatives want to be responsible, resourceful and realistic; Leftists want to advance an ideology of Utopianism, and everything else is a means to that end.

Where conservatives view their goal as to save civilization from humanity, Leftists want to cannibalize civilization so they can achieve Utopia. To them, all else is a distraction and therefore an evil, and they will crush it.

They are motivated to do this because Leftism is personal: it is defense of individual through abolishing standards by a collective attacking its host society, like a gang taking over a small town or culture dominating a city. Leftism is a virus.

Western civilization suffers from two problems: First, it is infested with Leftism; second, it lost its ability to think inside-to-out. The two are related, as both are symptoms of increasing individualism/hubris brought on by social success.

The only solution to Leftism is recognizing what it is (egotistic individualism expressed collectively through egalitarianism) and then facing the ugly fact that conservatives, or indeed anyone who is not Leftist, cannot coexist with Leftists.

We do not have to kill them, but they must go elsewhere. They use other groups like ethnic minorities, gays, transgenders and women as a weapon against people who want sane and realistic lives and believe in civilization. The solution is thus not to attack those groups like moronic neo-Nazis, but to go to the source, and attack Leftism.

As part of this, it is essential to raise the cost of being a Leftist. Since democracy always shifts Leftward, for the past two centuries Leftists have faced no real risk, since government supports them when they agitate, riot and subvert. But if there were actually some danger and penalty for being Leftist, many would abandon the movement.

If we had to designate a dividing line for the Alt Right, it would be Anders Bering Breivik. A man who wants to both defeat Leftism and restore classical Western Civilization, Breivik waged a war against Leftists by distracting government with a large bomb, and then shooting 77 Leftists on an island where they went for a Left-themed retreat.

In doing so, he avoided the classic problem of Right-wing violence: he did not target the government, or minorities, or any other implement of Leftism; he targeted Leftists. This forced parents to reconsider whether they should let their children be Leftist, which previously they had viewed as a no-risk prospect with high reward for affirming the dominant paradigm.

Should the Right want to triumph, it will do so by embracing the outlook of Breivik: the Left must go, and there must be a constant threat to those who are Leftist. At that point, the herd will back away from the Leftist ideal, leaving only the fanatics, who are the ones who must take helicopter rides… to Brazil, ideally.

Most Leftists do not realize that Brazil, Cuba, Venezuela and North Korea are the Utopia they desire: a place where ideology — not moral goodness and realism, as on the Right — has triumphed over everything else. No one who wants that kind of life can coexist with real people, and the sooner we realize this and act on it, the better.

Outliers (#24) | White America Can Heal Itself… By Removing Diversity