Origins Of Leftism And Liberalism 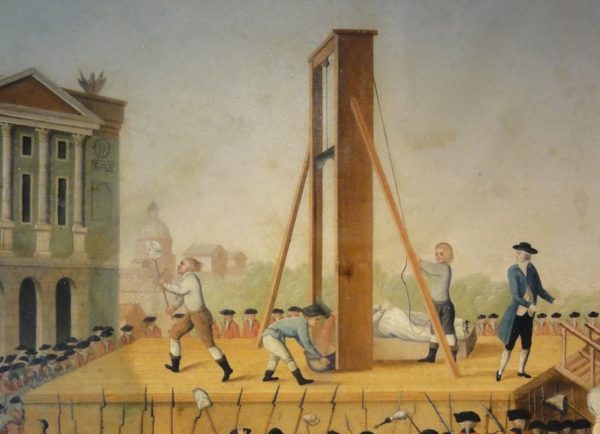 Vox Solis offers up an analysis of the philosophical origins of Leftism and liberalism:

The Left is described as â€˜politics that supports social equality and egalitarianism, thus often rejects social hierarchy and social inequality.â€™ This could be summarised that they often place more importance on people and individual rights than institutions or traditions. The historical merit to this is that the terms â€œLeft and Rightâ€ goes back to the Pre-Revolution system in France, referring to the seating in the Estates General. Those who sat on the left opposed the monarchy, supported the revolution and secularization of the State while those on the right were supportive of the traditional institutions.

…Many state that the Revolution was caused by a mixture of economic factors such as the inequality between the aristocrats and the commoners which were then further expiated by environmental disasters and the failings of King Louis XVI. I agree with another school of thought in that it was primarily the ideas of Humanism and the â€œDeath of Divinityâ€ that occurred during the Enlightenment that was the real fuel for this Revolt. After all if the King above you has no divine mandate for the reason he has more than you, why should you go without? This â€œDeath of Godâ€ as Nietzsche calls it is also the reason for many of the problems not only in society, but within ourselves today.

…This Death of God meant for many thinkers that an equality of soul did exist and it is only the material factors that put some human above others, which is why many of the European monarchies began to fall after the period dubbed the Enlightenment. The most famous ideals from this are encapsulated with Karl Marx, Lenin, Trotsky and Communism as a whole. Marxism, as you should know, is a socio-economic theory which is wholly materialist: it claims that all the human animals are the same but people are still split between the Proletariat, the workers, and the Bourgeoisie, the owners of the means of productions, in Society.

It is worth looking even deeper. The above analysis identifies the core of the Lefts its egalitarianism derived from Renaissance thought, but what was that but a revolt against classicism? This came within the centuries after a rash of peasant revolts in which the aristocracy, realizing how disastrous mob rule would be, put down the mini-revolutions quickly and decisively.

Those revolts have happened in every advanced society. When life is good, but then — as is inevitable — a downturn occurs, people who have never known want will rise up in anger. For them, it is easier to blame someone else than to recognize that they took good fortune for granted and because of that, insufficiently prepared for lean years. These are the same fools who eat the seed corn during lean winters.

Contrary to the normal human perception, this is not a historical event; it is a perpetual human failing, like obesity, drug addiction or the seven sins (pretense, envy, resentment, gluttony, lust, laziness and greed). We might even tie it to cognitive perceptual issues like parallax distortion and time displacement. It is a weakness in what we are, and any society that fails to combat it will find itself heading down the path to liberalism.

This force begins to win when it changes from an inside-out order to an outside-in one; inside-our orders look to inner traits, like moral character and intelligence, instead of outer adornments like educational degrees, net worth and social popularity. The other aspect, which enables peasants to pretend to be kings, uses those outer adornments as arguments for proof of inner traits, and thus inverts the meanings of those inner traits.

Plato suggested a cycle of civilizations in which they first lost sight of this distinction, and then went through a series of outward-in manipulations in order to try to hold back order. This culminates in democracy, which leads to tyranny eventually. As Leftism changes to its modern form, where censorship and corruption are the norm, we are seeing this transition.

Social Media Is Crowdism Made Easy | Why Does The Left Always Win?