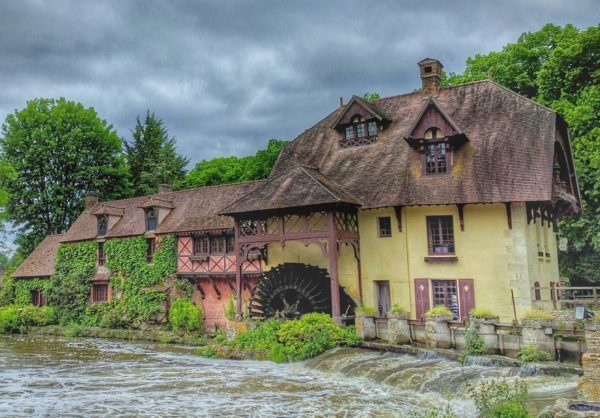 The self-hating West described, from an unusual source:

We repeatedly tell stories about a white protagonist who goes on a journey of self-discovery by mingling with exotic brown foreigners and becoming better at said foreignersâ€™ culture than they themselves are. We eat it up in the form of faux-historical epics, splashy science-fiction special effects extravaganzas, and earnest nonfiction projects about writers paid by their publishers to take exotic vacations.

The frustrating thing about being annoyed by the Mighty Whitey tropeâ€”and there are a ton of people upsetâ€” is that itâ€™s so frequently employed by the well-meaning â€œgood guys.â€ The whole point of â€œgoing nativeâ€ is that the familiar Western civilization is portrayed as inauthentic, ugly, broken, flawed. The â€œexoticâ€ foreign civilization is somehow more natural, more primal, more sensual, the way people really ought to live.

…Itâ€™s hard to avoid the feeling that this repeated fantasyâ€”of a white person shedding their whiteness, abandoning their home culture, joining the oppressed, and finally taking up arms against all the other, still-racist white people and killing them allâ€”stems from a desire to be absolved of guilt. White guilt, that dreaded emotion thatâ€™s been inflicted on countless white Americans through social studies classes, Black History month TV specials, and lectures from left-wing non-white bloggers like myself at this very moment.

Why should humanity get its act together, with a revitalized West leading it? Among other things, because we are making a potentially fatal gamble about alien life:

“If intelligent life has evolved (on Gliese 832c), we should be able to hear it,” he says while hovering over the exoplanet in the animated “U.S.S. Hawking.” “One day we might receive a signal from a planet like this, but we should be wary of answering back. Meeting an advanced civilization could be like Native Americans encountering Columbus. That didn’t turn out so well.”

The grim fact is that in all of life, the race is on, and the end result is more like zero-sum than not. Any alien species worth its salt will be patrolling the stars to find potential threats — and eliminate them. This means humanity has only a finite amount of time to get its act together before wandering aliens eliminate us, probably by introducing a pathogen that our science cannot thwart.

The consequence of solipsism: people believe they are action heroes in their own movies, equating trivial acts of self-interest with noble contributions to humanity:

In that solipsistic world, objecting to the police shooting your brother after he attempted to cuck them is “breaking the chains of injustice.” They might as well call it “ascending to the state of angels” or “being a black American Gandhi.” It is all virtue signaling, concealing self-interest, which will come in a $5-$10 million dollar payout.

America 2016: Where Everything Is Fake | American Thinker Discovers Physical Removal