America is the new Carthage and it must be destroyed 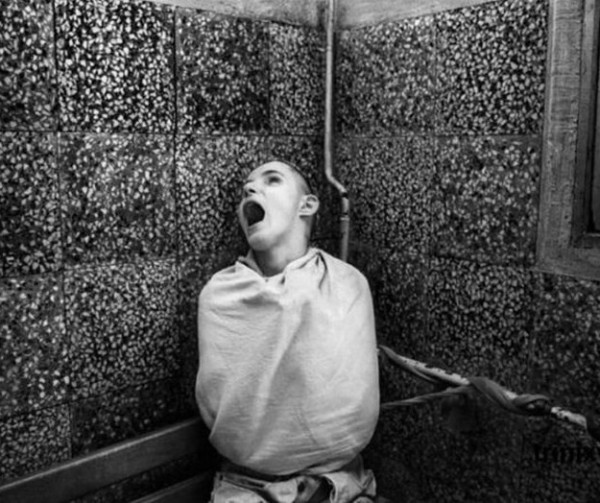 Friends, Romans and Countrymen lend me your ears.*

We are faced by a city-state so evil, so inimical to our way of life so opposed to our very being that there can only be one alternative. We must burn it. The first brave man over the walls will receive the coveted Corona Muralis. We must level its dwellings, put torch to its crops, tear up its roads and sow its fields in salt so that they never produce sustenance again. Except that we canâ€™t. Cato The Elderâ€™s solution wonâ€™t work for us. Itâ€™s tough to burn down a metaphor

Carthago is just about every city in the United States of Amerika. When the Carthaginians sought the favor of their evil gods they burned their children. By sacrificing babies to the Baals they believed they could put off the anger of a hateful cosmos one more day. When we irrationally claim everyone and everything is equal, we end up sacrificing our children to that fundamental logical contradiction. When we, the smart ones, are ruled by the Liberal ones are too butt-stupid to recognize A=Aâ‰ B, we should not recoil in shock when only one student in five in Detroit, MI graduates high school in a timely fashion.

Carthago lives on in every corrupt, amoral and incompetent political factotum who claims to rule on behalf of the people. The Carthaginians are the detestable cowards in the Alabama State Legislature that knuckled under to the Teachersâ€™ Unions and eliminated a challenging graduation exam. Now Alabama high schools look better on paper than those in Detroit, MI.**

The Carthaginians rule in Flint, MI. We advise you not to drink the water if you prefer that your blood stream not include legionella bacterium. Flint, MI proves that there are even easier ways to propitiate The Evil One than just tossing babies on the bonfire.

The city, in an attempt to save money, planned to stop buying water from Detroit and sign up with a regional water system; in the interim, it was getting its municipal water from the Flint River, which is as much a garbage dump as it is a body of water. Residents complained that the water smells of chemicals, that it isnâ€™t the right color, etc. Childrenâ€™s lead levels are dangerously high, and an outbreak of Legionnairesâ€™ disease may also be linked to city water. The city knew about this, and did approximately nothing in response until the problem was well advanced.

The â€œadultsâ€ in Flint, MI are heavily represented amongst the ranks of Hamilcar Barcaâ€™s Carthaginian marauders as well. Theyâ€™ve voted to drink the same municipal hemlock for the past 84 years. And what did the MI state government do? Jack. And our EPA – the wielders of Gawdallmiddy !SCIENCE!, what did they do? They made like Barack Obama and sought a legal opinion.

In Amerika, you canâ€™t just barge in there and prevent innocent children from being turned into lead poisoned retards until youâ€™ve crossed all the Iâ€™s and properly dotted the tâ€™s. Thereâ€™s a bureaucratic procedure to all these things. The government SJW is always here to save you until there is an actual dragon to fight. This is because they care only about getting the power. Using it to do their jobs and assist the people dipped in viscous, bloody immiseration is a laughable afterthought to them all.

So what is to be done and to who do I sadistically do it? The anger over the world I see before me on todayâ€™s Drudge Report blinds me. As the red haze clears and my vision returns I realize the sordid, disarming truth. Hannibal no longer camps outside the gates. His armored personnel carriers might as well be doing donuts on the White House Lawn. We are a lost and fallen people until we cease and desist from supporting and forgiving our destroyers. Sans the sanction of the victim, the Baal worshipers are exposed as malignant.

You cannot look upon the Modern American City and still believe in equality. If all people are equal to the current Mayor of Flint, MI, Iâ€™d probably better stay away from the mirror. If all CEOs are equal to the ones running General Motors, say hello to Mr. EBT Card. If we all just shut up and accept equality, we all become the Carthaginians. Somewhere a smug and contemptible Baal stands laughing while wreathed in flames. Somewhere in the wilds that lone last fighter for freedom says the words that terrify us all: â€œDelenda est Carthago!â€.

**-How ironic. Iâ€™ll bet half of the people included in the New and Improved Graduation Ratesâ„¢ canâ€™t even read whatâ€™s written on the nicer-looking paper.

Missing the point on the marshmallow experiment | Barack Obama Has A Point: The US Welfare System Causes Global Warming