The Awakening of Miss Prim, by Natalia Sanmartin Fenollera 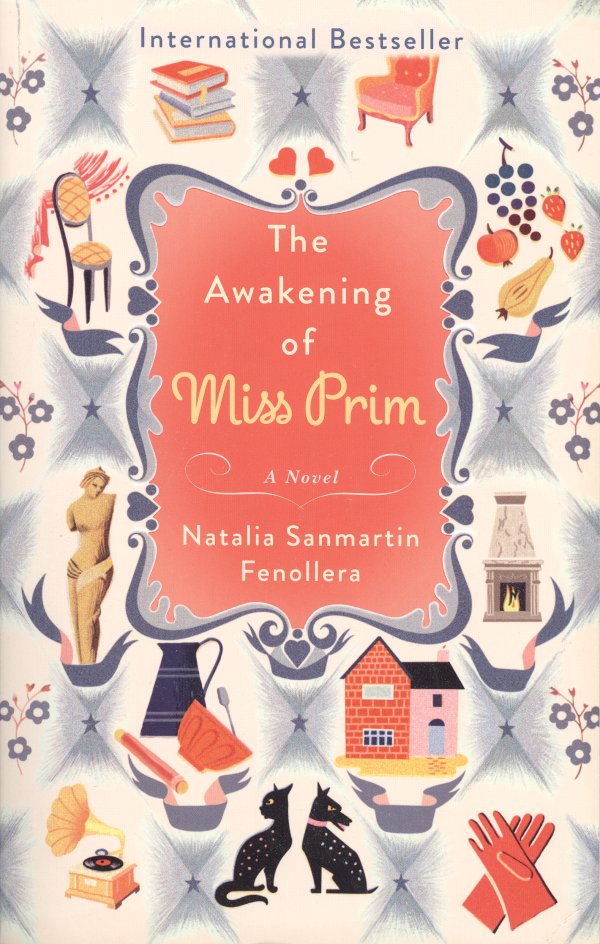 Books tell stories; stories describe adventures; adventures relate how the journey changes the traveler because the traveler has changed within. One species of this, the maturation novel, involves a character coming to confront life itself by overcoming fears that it will not contain the ongoing joys of childhood. This character is often seduced away to a false perpetual childhood by social and bohemian factors.

In The Awakening of Miss Prim, a deliberately transparent titled novel, the protagonist has been seduced by modernity itself and its illusions, but instead of becoming lost in dissipation she has become, like the current crop of millennials, isolated behind a wall of high moral standards that amount to a withdrawal from life itself and from the false pleasures offered by distraction. This creates an empty person who insists she is full, and she encounters the challenge of maturation in the form of a small village where people have gone to escape modernity not as a tangible thing but as a mentality. In this village, she finds people do not confront her beliefs, only reveal their hollowness, and has to make a decision to either accept that her new knowledge invalidates her older assumptions and that she must change herself, or retreat into comforting but familiar dysfunctional behaviors.

For this reason, despite the somewhat “female” setting of this book it belongs in the category of books such as Steppenwolf and The Sorrows of Young Werther where the maturation process is used as a metaphor for knowing oneself and through that, becoming realistic or reality-based in one’s own thinking. Because finding truth in modernity more resembles a flight from the accepted, modern people come to this stage later, having lived in confusion for many years, and while Miss Prim, the protagonist, is younger she is not young in the sense of the classic novelistic trope described above. Her named, chosen in the postmodern style, accurately reflects her character: uptight, mostly focused on what she will not do instead of what she aspires to do; defensive, in other words, she hides behind a moral uprightness that excludes life itself as well as bad behaviors. In this village of intelligent life drop-outs, she encounters tradition: people living in a state of balance between nature, God and man. They have encountered a meaning to life itself, and using that principle, extend it outward to all that they do.

Fenollera writes her best material when showing us the readers what it is like to have an all-pervasive tradition and knowledge that completely contradicts what modern science, publicity and popular viewpoints indicate is true, and yet makes more sense when one looks at life as a question of harmonizing disparate elements instead of sorting between the good and the evil.

Women in San Ireneo de Arnois tended to have husbands. It wasn’t compulsory, but it was advisable. And women like Miss Prim seemed naturally suited to marriage. An attractive face, good figure, refined manners, cultured mind — all these gifts indicated the end for which Miss Prim had been created, the ultimate purpose of her existence, was none other than matrimony.

“You’re very kind, but I have no intention of ever getting married,” she said firmly. “I’m not in favor of marriage; for me, it makes no sense.”

The florist smiled very sweetly, surprising the librarian. She had not expected a smile in reply. An angry look, an exclamation of astonishment, a shocked, cutting remark; these would have been appropriate…This was the natural response, the decent reaction in such situations. And Miss Prim, who had been brought up in a household rigidly shaped by discipline, liked people to react as they should.

“I quite agree!” exclaimed the florist at last after a lengthy sigh. “Marriage nowadays has become a simple legal agreement, with all the red tape, those chilly municipal offices and registries, all those prenuptial agreements and laws that debase everything. If I were you and I had to get married in this day and age, I would not sign that. Most definitely not.” (39)

This short passage shows us the divide that Nietzsche illustrated in “On Truth and Lies in a Non-Moral Sense”: when a civilization begins dying, the first thing that happens is that the bad actors change the meaning of words and events to fit within the new paradigm. These are fake; reality awaits somewhere outside of this constructed world, the consensual hallucination called social reality. What breaks through the barrier is confronting reality itself, something nowadays people do not do — much as a famous musician once lamented “nowadays black metal” as a trend, fad and fetish — because they are focused on the tokens and not the underlying meaning.

Written in a naturalistic style, the book shows us this new world through the eyes of Miss Prim and the various feminist, egalitarian and modernist tropes she employs as defenses, as she goes to work for a man as his librarian and tutor to his children, who are raised on the Trivium and other aspects of a classical education, but most importantly are encouraged to experience life through a transcendental spirit that connects them with purpose, reverence and creativity. She finds herself amazed at the children, and in awe and sometimes grudging admiration of her tormentor and guide referred to only as the Man in the Wing Chair, and finds herself fighting her own assumptions as she resists the natural beauty of this balanced, fearless place flowing into her soul. As time goes on, it becomes apparent to the reader but not the protagonist how isolated modern people are from all that matters, and how badly we want to see Miss Prim succeed in surmounting the real barriers instead of the distractions, something we scarcely hope for ourselves.

Fenollera is fond of using situation as metaphor. Characters frequently discuss themselves through literature, science or even social tropes, which then inverts to provide the metaphor of the book, which is of an individual escaping the escape from reality and coming to embrace the beauty of life hidden beneath the fear. Witness this exchange:

“True,” said the Man in the Wing Chair, pushing his seat even farther from the fireplace. “But in my opinion this is for two good reasons. One, a woman publishing a novel still had an allure of audacity; and two, women provided a reasonable but different view of the world. Nowadays women’s writing has lost its capacity to make us change our gaze, look at things in a different way. When I read a novel by a woman I get the impression that the author is doing nothing more than looking at herself.”

Miss Prim stared fixedly at her employer. She was shocked by how easily he maintained all sorts of outrageous opinions. Most people would feel ashamed of thinking, let alone saying, such things. He said them calmly, almost cheerfully. (171)

The Awakening of Miss Prim shows someone reluctantly confronting the need to leave behind the comfortable lies and go deeper both into herself and into her examination of reality. Ultimately it reveals that all of us armchair voyagers are stand-ins for Miss Prim, afraid to leave our convenient mental construct and look at reality as it is and thus fleeing from reality itself into the arms of lies, and as such it provides an enjoyable fast read that cuts to the core of a philosophy of life itself.

The left reveals its endgame on race: accept mixes as “white” | A future order