“The Future Is Female” 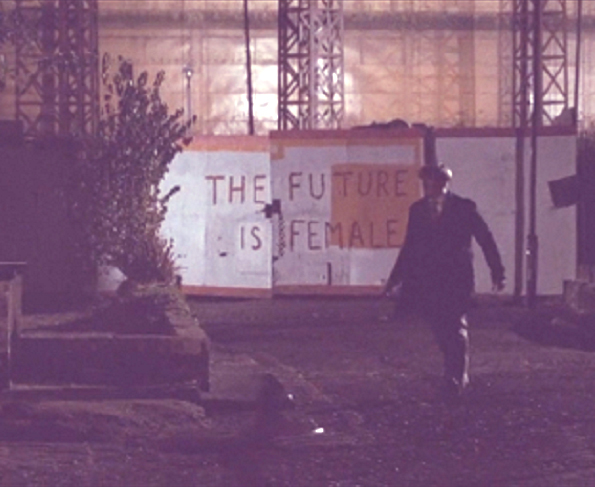 Leftism operates by inversion. It tells you that what is obviously true is not in fact accurate, so that you can throw away the idea of making sense at all. This allows it to abolish all standards, culture, families and allegiances and like a malevolent virus take over a society, which serves the underconfident individual by removing challenges to their perception of absolute autonomy.

Neurotic Leftist Hillary Clinton has returned to politics by appealing to her special interest group, single women and minorities, by proposing that the hierarchy which naturally favors the intelligent and family-oriented by replaced by neurotic single people:

“Despite all the challenges we face, I remain convinced that yes, the future is female,” said Hillary Clinton, the former U.S. secretary of state.

“Just look at the amazing energy we saw last month as women organized a march that galvanized millions of people all over our country and across the world.”

…On the day of the Women’s March, Clinton took to Twitter to thank those who had participated, saying she believes that “we’re always stronger together.”

Here we see the division between public and private (text and subtext) that is inherent to ideological societies and championed by Leftism:

The image above comes to us from Tinker, Tailor, Soldier, Spy (2011), perhaps one of the best films in recent memory that the herd missed while flocking to tired repeats of the Star Wars and Harry Potter franchises. It shows a common slogan from the 1960s and 1970s.

What that tells us is that Leftism never changes. Its goal is always to destroy the natural sources of power and replace them with the angry herd and its appointed leaders, who hope to profit from the experience like Hugo Chavez who died a billionaire in a country full of starving people. When Leftists say “the future is female,” what they really mean is that females are useful idiots who can be used to create a totalitarian state.

You Heard It Here First: Diversity Is The Problem | Slashdot Discovers Crowdism