Why Social Media Focuses On Censorship 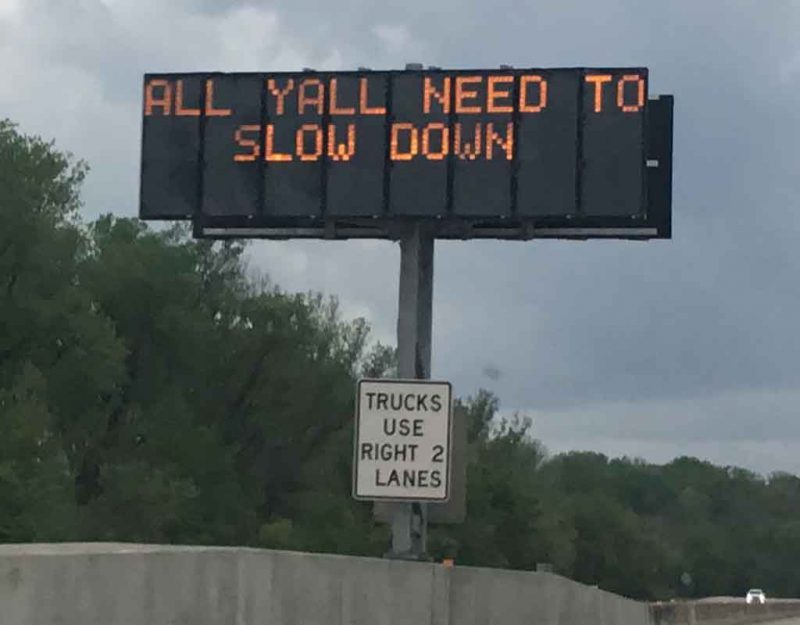 Many of us find ourselves wondering why corporate America has turned to the Left. The simple answer stares us in the face: their audience, or at least a big part of it, are ideological zombies who reward Leftist messages of equality, diversity, and pluralism.

This strikes conservatives as odd because they tend to think that most people are capable, like the people that they surround themselves with. And nice, like their neighbors in their capable subdivisions. Maybe thoughtful, like their friends.

In reality, dear conservatives, you live in a bubble. You tend to be from the half of this population that has the chance of a snowball in Houston of surviving, and you are as different from the rest of the population as you are from Bonobos or yeast.

The old saying “how the other half lives” should be resurrected for conservatives, with the caveat that this time, we are not talking about wealth, but degree of mental organization. Most humans live in a fugue state of impulses, desires, panic, and obsession.

Conservatives represent those who have chosen methods of not going down that dingy dimly-lit hallway. We like order, self-discipline, self-application, reverence both physical and metaphysical, honesty, pride, honor, integrity, and an understanding of the past.

As a result, we have no understanding of the other half, who live hand-to-mouth and have “strong opinions” that only exist to make them look good. We do not depend on the herd for approval, but they do, in part because they are usually doing something dubious.

These people mostly simply want license to engage in their own bad behaviors and to cover that up, they bring us Enlightenment, either through Leftism, religious woo, or both. Their goal is to abolish reality and replace it with their own chaotic behavior.

Before government got involved, these people had a minimal voice because no one decent want to be associated with them, so few of them gained wealth, power, or social status. Once equality became the law through civil rights, they basically took over America and Europe.

These people create nothing, maintain nothing, and mostly simply destroy the better stuff that others did for them. They are takers, not makers; vampires, not creators; consumers, not producers. They are the free rider problem in human form.

Naturally, if you can get it, the middle American audience of nice middle class buyers is preferred. These people comparison shop, care about quality, and will remember and buy a quality product again and again.

However, this works against them. When the herd is made equal and given money through the entitlements state, the herd becomes an important buying audience. The herd buys lots of entertainment products, alcohol, lottery tickets, and hair care.

When ordinary morons are given retirement through social security, healthcare through Obamacare, free public daycare/schooling/indoctrination, subsidized housing, and EBT/welfare, they stop saving anything. They take their paychecks and free money and buy iPhones.

This has created a cycle where the sane half of humanity is constantly rushing to new products or places so that it can find quality products and be free from the herd. Companies are constantly falling by realizing, “Hey, we can make a lot of money off idiots!” Idiots swarm anything formerly good and demand that it conform to their needs, and whatever it was quickly loses what made it exceptional in the first place. The herd is a standardization/conformity machine that consumes anything that rises above the norm.

On the internet, we refer to this process as the MySpace cycle, after early social media site MySpace. That site started out attracting cutting-edge users who were explorers and adventurers of the early public internet, but then brought in “everyone,” and so now your retired alcoholic soap-watching grandma and the homeless under the bridge had MySpace accounts too. This caused the interesting people to flee.

As the twenty-first century unfolds, we witness one of its more interesting developments, which is the simultaneous MySpacing of social media and consumerism itself. The sane half is abandoning not just social media, but the idea of living through buying itself.

Several things happened at once. First, diversity ruined the social sphere by obliterating social trust, so people stayed in. Next, online delivery and video made it unnecessary to go out shopping. Finally, and most importantly, products matured or reached the end of their profit cycle. We had no new ideas for dish soaps, canned foods, cleaning sprays, soft drinks, breakfast cereals, or other consumer goods… everything had come to its end, and now we wanted it to be cheap and easy.

Store brands rose at the same time that cell phone sales fell. Why buy a new cell phone, when it does not do anything that the old one does not? When smartphones came out, there was a reason to upgrade… but after ten years of smartphones, who cares whether you have a fancy one or a cheap one?

In the same way, we no longer want to spend a lot of money on a vacuum cleaner. We want it to work. We buy store brands because in most products, there is no longer a quality gap between the generic and the branded original. People have figured out how to clone everything and do it cheaper, and now some of the store brands are even better than the originals.

Consumerism went down in flames, and social media is following because it is in the later stages of the MySpace cycle since it has opted to have “everyone” be on it instead of simply the cutting-edge, interesting people from the sane half. That means that the sane half is fleeing to other areas to avoid the dipsomaniac grandmas, baristas, call center workers, basement-dwelling teens, foreigners, scam artists, religious fanatics, insane people on disability, and paid Leftist shills who have taken over social media.

As it turns out, starting in 2009, the internet audience shifted from cutting edge to “everyone else,” resulting in a relatively small group of people who were 8% of the users responsible for 85% of the activity on internet sites:

It turns out that these people have one thing in common: the nu-Internet audience is broke:

A February study from Starcom USA, Tacoda and ComScore found that click-throughs are dominated by “natural born clickers”–a mere 6 percent of online users who make about 50 percent of all click-throughs. Generally between the ages of 25 and 44, their household incomes are usually less than $40,000.

It turns out that they do not buy things, but that the internet is useful for raising awareness which makes it a perfect propaganda machine:

This means that your advertisements for fully-developed products are not very useful, but if you want to saturate the angry half of America with some kind of message, you can influence them indirectly and make them into an audience for your product.

By itself, this is not useful, but if you are also running a print campaign, you now have lots of people talking about your propaganda, product, service, or activity. This is why “social media influencers” are still important: they generate herds of crazed people excited about unimportant things.

They may not buy your product, but because they are constantly on the internet, they can generate activity which in coordination with your print and television advertising, makes your brand look more important than it is.

This is why social media depends on the vortex effect, or generating a whirlpool of drama. It is used to launch ideas which are then picked up by another advertising campaign that directs the rest of us to the product.

The useless half of America have become “useful idiots” for corporate America in that you can count on them to jabber on endlessly about the new iPhone, social justice, superhero movies, hip-hop, and other fascinations of the impoverished, lonely, or youthful.

They hope the rest of us will pick up on it because it is “popular” among an audience of weak minds, and their activity hypes up things that are otherwise useless to us, which gives consumerism a few more weak gasps as industry wonders what the next big thing will be.

This means that to succeed on the “new” post-2009 internet, you need to attract a group of fanatical zombie morons who are using the internet all of the time, and there is only one group that meets this category, the insane half of humanity.

When regular people are too hard to find, you gather together the misfits, losers, dropouts, weirdos, freaks, wimps, insane, deviant, lost, angry, failed, furious, and revengeful and make an army out of them. Call it the “French Revolution Strategy.”

These all tend to lean toward Leftism, because Leftism scapegoats nature for the problems that these people have. It is not that they are personally disorganized, mentally inept, and live like slobs, it is that the world is “unequal” and that is bad.

Luckily this means that Leftist media is in its final stage. The market is consolidating, and news outlets are fighting over the remaining fanatics, so it is playing to its audience and validating whatever crazy notions they have in their heads.

Although you will not hear this in public, the real “fake news” scandal is how much of regular mainstream news depends entirely on spin and selective attention to facts in order to make headlines that their users will click on.

The media market is dying; the audience has become divided between cable, internet, and radio and now no media outlet gets all the attention. Even big newspapers struggle. This means that middle America has defected from spending much time on the news.

Even more, advertising seems to have died. People are less interested in new products, and more focused on the basics that they already need. The whole edifice of consumerism has come tumbling down.

For Right-wingers, this means that we need to build our own media and starve existing media because it cannot survive on ad dollars from soyboys, baristas, Whole Foods checkers, mental disability recipients, and angry minorities alone.

Social media will continue to censor us because it wants to create a “safe space” for its audience, which means only things that tell them that their ideas are true and good and that they should just lie back and go to sleep.

We cannot expect any of these people to pay attention to us because we are not the target audience. When companies adopt Left-wing policies, they are showing us the audience that they want because it is the only one that they think they can get.

Who are we to second-guess history? Consumerism, media, and social media are going through the MySpace cycle. Part of that involves all the interesting people leaving, and only the useless remain, at which point the services implode. We want that too and should work toward it.