Twitter Goes To Stage Three Of “The MySpace Cycle”

Back in the second wave of dot-com boom and bust, there was a site called MySpace. It was a revolution, the media told us. No longer was big media in control. This was a new age where the old rules did not apply. Everything was different.

Except it was not, as you might have guessed. MySpace followed the cycle that every other consumer product does: it started out promising, but as margins declined and its userbase was “democratized,” its quality plummeted and anyone with any brains escaped it if possible. That left a ruined shell.

This gave us “the MySpace Cycle” which seems to apply to all online services:

Twitter has reached stage three: over the past two years, it has increasingly cracked down on non-conformists as a way to stop the “troublemakers,” a term it could never define so it fell back on easy definitions like trolls, non-Leftists, etc. This has caused not an exodus of users, but an exodus of content as people are unwilling to trust Twitter as the primary place to post new material; instead, they post it elsewhere and link to it on Twitter. 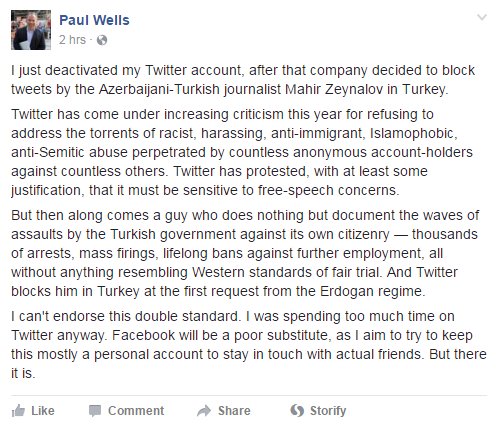 The crackdown having failed, and with its new userbase of SJWs and homeless not generating it much income, Twitter is looking for a sugar daddy. This is all but an admission that its business has failed. Luckily, it has found some captive idiots who think they can monetize the dying regime:

Twitter Inc. is expected to field bids this week, and Marc Benioff has been building a case to Salesforce.com Inc. investors and others that his company should be the buyer, according to people familiar with the matter.

Mr. Benioff is looking to make a splashy acquisition that would secure for Salesforce a treasure trove of data as well as a prized consumer brand, according to the people.

Mr. Benioff, whose recent approach to Twitter set off the bidding process, sees the social-media pioneer as an â€œunpolished jewelâ€ with untapped potential in advertising, e-commerce and other data-rich applications he regards as important to the cloud-software juggernautâ€™s next phase of growth, the people said.

We now see that those who make it in business are often lucky more than intelligent. He is hoping to, as the people who bought MySpace were, put more ads on the site and then sell the users to other services as potential customers. In other words, he is buying Twitter for its userbase, who are already disengaging and will further do so as more ads and intrusive policies appear.

Even more, he has missed the demographic change on Twitter. Back in the day, it was cutting edge and attracted power users: people who do interesting things and generate content. By endorsing safe spaces and censorship, Twitter has driven those away and replaced them with people who buy little and know little, and therefore are not worth advertising to or using to attract other users. This is a death spiral for the Twitter audience.

The illusion among dot-com boffins is that people flee from one service to another. The reality is that, like most things human or monkey, the audience simply flakes out. They stop logging in so frequently, or use the service less, or use it less deeply by giving it a cursory check-in and then going to something else.

The real competition among online services is not other services, but the wide world of other ways to spend leisure time at work. People can get away with watching videos on their phones, chatting to friends, shopping at ecommerce sites, or even playing video games. There is no reason they should stay within the realm of social media.

After the recent explosion of Twitter censorship against ideological non-conformists, it is gratifying to see the service failing exactly as was predicted. Censorship drives away quality users and replaces them with low-value users. And now Twitter has no option but to sell itself by the pound.