Victory Gin Is How You Get By In Clown World

by Jonathan Peter Wilkinson on January 7, 2021 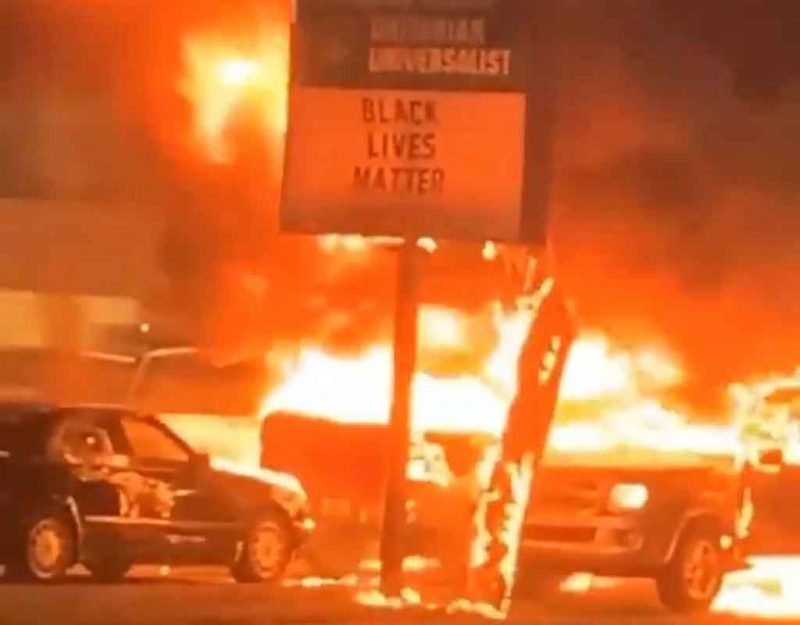 Reality these days. Yeesh. It’s a mind over matter. Once you stop letting the mind function, the stuff around you no longer matters. Or maybe that’s just backwards. If it mattered, worthwhile people would lean in hard and their minds would function on higher plane, with pure and rarified air.

The good news is that some people are leaning in really hard. The bad news is that they are the likes of Mitt Romney, George Soros, Stacey Abrams, Kamala Harris, and Lord forgive him, Poon-Hunter Biden. This is what these people produce when they don’t just mail it in. The dolphins and chimpanzees look more mentally engaged in comparison.

When you live in Clown World, it’s no longer funny when they send in the clowns. At least Pennywise would bring the circus down and put an emphatic end to the continuing forced fun. It’s pretense, Potemkin, and punting the heavy moral and mental lifting far enough down field so that they can be dead before the bills all show up in the mail.

Clown World reminds me of the old, philosophical chestnut involving an evil brain in a vat. Except you replace the pickling brine with something less preservative and the brain is not quite what you’d call an evil genius. Let’s make it a brain in a vat that is kind of thankful for the 200 points you get on an SAT section just for signing your name. The IQ Test might as well be binary in this case and the determinate variable returns from the function equal to zero.

Clown World resembles a half-way funny Keanu Reeves flick entitled The Replacements. This was about an NFL Scab Squad that played while the Prima Dona athletes were out on strike. Unlike the movie, none of the stars ever decide to return.

So how do the replacements get to take over? It requires calculated entropy. It has to stop mattering. It won’t just stop mattering. It has to be systematically putrefied until it no longer matters. Dadaism had a diabolical point. Art, pace Vlad Lenin, is a weapon. So is every institution that can be taken over.

We’ll give John Paul Sartre a partial thumbs up. He told us Hell was other people. He just wasn’t specific enough. Hell is a subset of people that turn decent places into Clown World. There are four types of people. Those who create value, those who consume it honorably, those who steal it, and those who just set it on fire like Joker in a Batman film. The first two people are tolerable and can peaceably coexist. The second two types are execrations. Put the execrations in charge and you get Hell.

So where do the good people go if they aren’t trying to fix an unfixable Hell? Let’s look at some optimistic scenarios. There’s a secret base in Colorado. It’s high in The Rockies. We could call it Galt’s Gulch. Competent and hard men go live there. It’s where you go away and hide when the places you used to live are annexed by Clown World and it’s all Funny Ha-Ha.

Or maybe Ayn Rand’s anti-clericalism reminds you of your local university’s Spartacus Society. She escaped Soviet Russia so she could treat the local padre with the same contempt as the Communist Revolutionaries in Spain. Oh well. Who’s John Galt?

If Galt doesn’t exist, we can go back to an escape route that really once worked. The cloistered monastery where the loyal could reach a half-way house between the prison of a fallen world and the Kingdom of Heaven. You debate, study, work, read, and most importantly, you get left the heck alone by the stupid High School bullies. It’s not the worst life — if you are too autistic to be impacted by vows of silence or poverty.

Optimism does not always equal realism. Let’s say there are no positive scenarios. Take the Black Pill and watch a few hundred spiders crawl along the ceiling. Preppers would think of a Galt’s Gulch or an Ave Maria Grotto as a GOOD* Plan. A lot of worthwhile people don’t have the swag or the time to formulate a GOOD Plan.

If you can’t GOOD when SHTF**, then you suck it up and SIP***. SIP is hard when you are riding out the not-so-funny long emergency known as Clown World. Anyone shut up indoors by a COVID overreaction could tell you it sucks. In Clown World, SIP has to be a long, daily, ongoing reality if you don’t want the stuff you value and believe in stolen to feed the parasitic maggots.

So I’m thinking the good and the great aren’t in a monastery or a hidden mountain base. They are around us, but are camoed up like an Army Ranger out patrolling Injun Country. They’ve hunkered down, bit their tongues, and are trying in quiet desperation to ride the demotic Feke Storm, currently coating the blades of the fan, which spins around in Clown World.

What gets you through all that infantile and extractive “Fweedom.” The Arnold Schwarzenegger Russian Cop from Red Heat replied. “Vodka.” People feel the pain of other people’s unending and frequently studied stupidity. They need a dose of something to make it go away. Just ask The Sacklers. They want to ice that pain. The best and brightest don’t shine right now. They medicate. Once you’ve taken The Red Pill, Clown World will make you need to take a few more.