The Problem With Conservative Humans Is Not Conservatism, It’s Humans 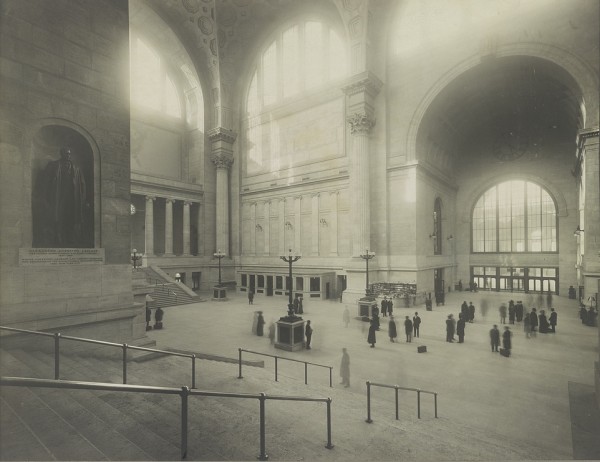 Everything has a weakness and a strength, and the two are usually the converse of one another. The internet echo chamber does a good job of putting its finger on the fears of modern people, and a terrible job at coming up with solutions, since what matters above and beyond all else is that its “solutions” be memetic. That means: simple, engaging, and emotionally satisfying.

Real life is different from how most people experience emotions: emotional satisfaction comes at the end of accomplishment. The farmer lighting his pipe, looking over the freshly-plowed fields, and thinking how proud and pleased he is; the artist looking over his creations, having finally spoken his muse. But on the internet, emotional satisfaction is what makes the crowd buzz, and it comes from the untested thoughts that seem to beat back those fears.

On Amerika the blog, I and other writers have taken a radical perspective: that conservatism is the root of all sane thinking about how to make society, and that our retreat from it has created “Amerika” the society: a Soviet-style system where a single path to success exists, and that is through using the ideology of the Crowd to please others and thus be selected as the most capable. All of our incompetent elites got ahead this way.

Conservatism takes another perspective. For method it chooses consequentialism, or results mattering more than methods, which includes the idea that performance comes after reward, which is the inversion of socialism. For goals it chooses a transcendental outlook, or the notion that we should aim for the best in all things, using consequentialism to figure out what works but then choosing what achieves excellence over the merely adequate.

Already this blog post is too complex for at least ninety-nine out of one hundred people on the internet. It will never achieve memetic status because it is both too complex and not emotionally satisfying. Over the wires, or in a crowd, it will be shouted down and replaced with an ikon of a cute bunny screaming SIEG HEIL.

But what people need to know is this: conservatism is the most extreme “ideology” of them all, mainly because it is not an ideology — a way around reality, based in what we wish were true instead of what is — but a look at Reality as our guiding force. Conservatism is extremist common sense. We are a species like any other; we must adapt to our environment; if giving choices between a good, better and best option, choose the best!

What has happened (as usual) is that humans cannot distinguish between essence and instance. The essence of conservatism is an idea; the instance is any person, group or product (books, movies, blogs) that claims to be conservative. The instance does not change the essence. It is the other way around: the essence determines what the instance should be.

And yet… our “conservatives” seem very far from any meaningful definition of conservative. “Conservatism has failed!” wails the internet hype machine. Or is it that our conservatives are simply not conservative, which means by definition that they are liberal, and that their failure is part of the vast decay of society through liberalism?

By Occam’s Razor and any other meaningful analysis, that explanation makes a lot more sense.

Most people do not realize that conservatism exists only because liberalism exists. Before liberalism, all was shades of conservatism, which has plenty of internal texture and variation. After the French Revolution, conservatives were those who arose to preserve the best of what had come before, in anticipation that — as de Tocqueville and others analyzed — the Great Liberal Experiment would collapse.

As lore has it, the conservatives sat on the Right and the revolutionaries on the Left in the French National Assembly. Thus Leftists and Rightists were born, with Rightists including both socially-acceptable conservatives and what I call “primal conservatives” who hung on to their aristocratic, manorial and tribal traditions. “Liberals” were the conservatives who believed in a slow retreat through libertarianism.

This gives us the four pillars of any sensible conservatism:

Our civilization is in decline. A thousand years ago, the above were recognized as common sense on the level of “do not defecate in your soup before eating.” Then again, the people who had to understand them were the top 1% of society by inner excellence, meaning intelligence and moral character. The herd has never understood anything and never will because it is biologically incapable of doing so.

Are the above fascist or Soviet? No: they are more extreme than fascism, and are honest methods unlike the Soviet approach which is to demand unrealistic ideals so that everyone must fall in line to obey the parasite State, which derives its power from having bought off the proles and thus harnessed The Revolution as a means to permanent tyranny. Fascism and National Socialism are degraded conservatism — hybridized with liberalism — just like libertarianism, neoconservatism and tankinis.

The common tropes of the nu-internet are that conservatism is dead and nationalism has taken over, or that conservatism is inferior to traditionalism. These are just posing. Nationalism and traditionalsm are subsets of the conservative idea. The point we must focus on is that if we remove the Leftist ideology, we are left with common sense, and from that flow all of the possibilities for good. Without it, we are left (heh heh) on the path to decline and fall.