Did Universal Education Destroy The West? 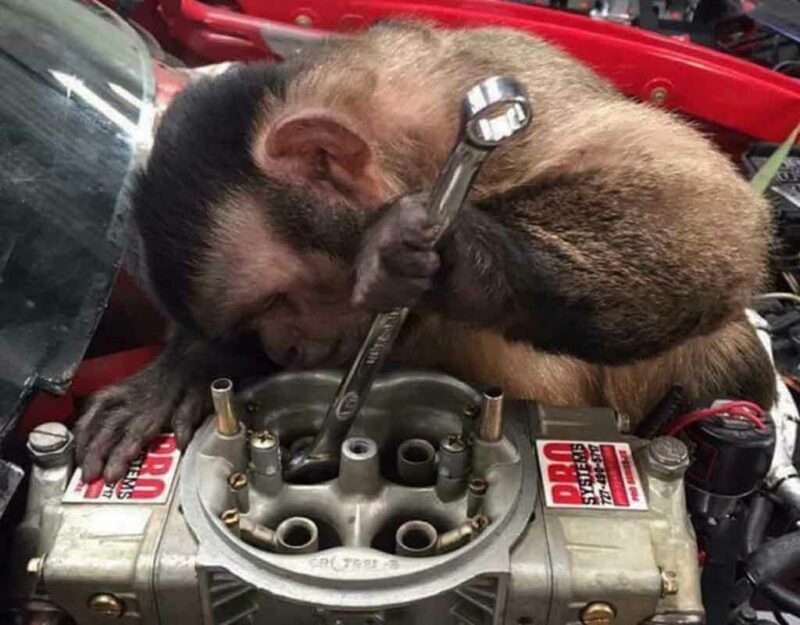 In the midst of a standard Leftist rant about how education is failing because the people who were not all geniuses before education are still not all geniuses, The New York Review of Books goes full greebo with a wishful thinking history of American public education:

Death may be the great equalizer, but Americans have long believed that during this life “the spread of education would do more than all things else to obliterate factitious distinctions in society.” These words come from Horace Mann, whose goal was to establish primary schooling for all children — no small ambition when he announced it in 1848. Others had already raised their sights higher. As early as 1791, exulting in the egalitarian mood of the new republic, one writer declared it “a scandal to civilized society that part only of the citizens should be sent to colleges and universities.”

How that part has grown is a stirring story. It begins in the colonial period with church-funded scholarships for the sons of poor families. It continued after the Revolution with the founding of public universities such as those of North Carolina and Virginia. In the midst of the Civil War, it was advanced by the Morrill Act, by which Congress set aside federal land for establishing “land-grant” colleges, many of which became institutions of great distinction. By the later nineteenth century, when most colleges still admitted only white men, the cause was advanced again by the creation of new colleges for women and African-Americans.

Hillary Clinton may have recently shocked people by referring to Bernie Sanders fans as “basement dwellers,” but in the quarter of the population that is above 115 IQ points — this is a terrible sign, by the way, when only one in four people in your nation can halfway make sense of even moderate complexity problems — it is not exactly a secret that most people are basement dwellers, greebos, geeks, or otherwise dummies. In fact, it is openly mentioned all the time.

The reason is that while the Dunning-Kruger effect limits what we can understand, and makes smart people cowed as a result, it also allows us to see what those dumber than us cannot, which is that their idiocratic solutions are laughable and insane. Society is a cascade, with the upper levels looking down on the lower and laughing, not out of malice but sheer absurdism. When you are not an idiot, what idiots do is usually slapstick because of the wide gulf between anticipation and reality.

Most of us bumble our way through life, stumbling onto working combinations more by accident than anything else. This is even more prevalent at lower intelligence levels, which is why those groups are even more rigidly conformist so that they can take advantage of what has worked for others in similar situations. The bizarre conventions of the ghetto or inbred isolated community seem odd to us, until we realize that in those groups, signaling normalcy is more important than trying to distinguish oneself, no matter how ludicrous the results (sagging pants, “No Fear” stickers, etc).

And so we have the Bell Curve — the standard mathematical distribution of intelligence that occurs in all populations, of the same shape but varying according to the mean on which it is centered — appearing yet again. To the people on the far-right side of the curve, the left side is inscrutable and vice-versa. To the people in the middle, the far-left is nonsense, but what the far-right goes on about is equally weird. Translation: most people oppose intelligence.

How to deal with this? The principle of equality is that we cannot agree on a direction, so we should pacify individuals by offering equal inclusions in society, ignoring the differences in capabilities and the bad decisions made by others. In order to keep that mythos of illusion alive, the new religion of education springs up: we will educate them, and then, everyone will be equal, or at least roughly so.

Modern citizens cling to symbols and education is one of them, along with book fetishism. External appearance is more important than reality as always. Are they capable of making intelligent decisions? What is the content of those books? These questions of actual importance are denied so that the illusion can keep functioning, and so we insist that educating the three-quarters of the Bell Curve who cannot be educated will mysteriously, magically solve the inner inequality of individuals.

This results in a large number of people memorizing what they do not understand, and applying it rigidly because in the absence of understanding, they have conclusions given to them by others which become assumptions that take on a religious role. One cannot question the orthodoxy because the orthodoxy is what allows most people to feel good about themselves, and like heroin addicts, they prize feeling good over being realistic.

In essence, education legitimates a lie. Those who can learn generally will do so on their own, by reading books, experimenting and thinking. Many if not most of history’s greatest contributors were autodidacts. But for the pretense of keeping the group together, this cannot be, and so education falls prey to control, or standardization in order to limit the role of each individual to a universal, abstract and pre-determined form.

As with all utilitarian systems, in order that education be universal, it is dumbed-down or reduced to the lowest common denominator. This means that in addiction to people parroting conclusions that they do not understand as if they were universal law, they are getting these with a removal of all nuance. They have no idea how to correlate details to a larger argument, so they memorize assumptions and interpret every detail according to those, which results in mastery of detail and utter obliviousness to any larger point, as if those could be understood.

One reason for this is that in Europe and America, the wise choices of our ancestors led to an overflowing of the lower castes who breed at higher rates than the upper castes. This means that we are awash in fools, and under democracy, they must be made to feel equal too or there will be unpopularity. As Vice observes about the composition of the American population and in turn, the excesses of its originating population:

Although your textbooks are silent about it, most historians agree that two-thirds of ALL whites came to the colonies in some form of bondage. Legal papers on both sides of the ocean referred to them as “slaves.”

We are taught early in life that education is essential to democracy. In fact, it is the reverse: democracy is what produces education, which is designed to remove intelligence from the process and replace it with factory-made assumption-spouting robots who cannot analyze anything for which they do not have a template. If you wonder why our leaders and functionaries are shockingly but blithely incompetent, the reason is found in that saint of liberal democracy, “education.”