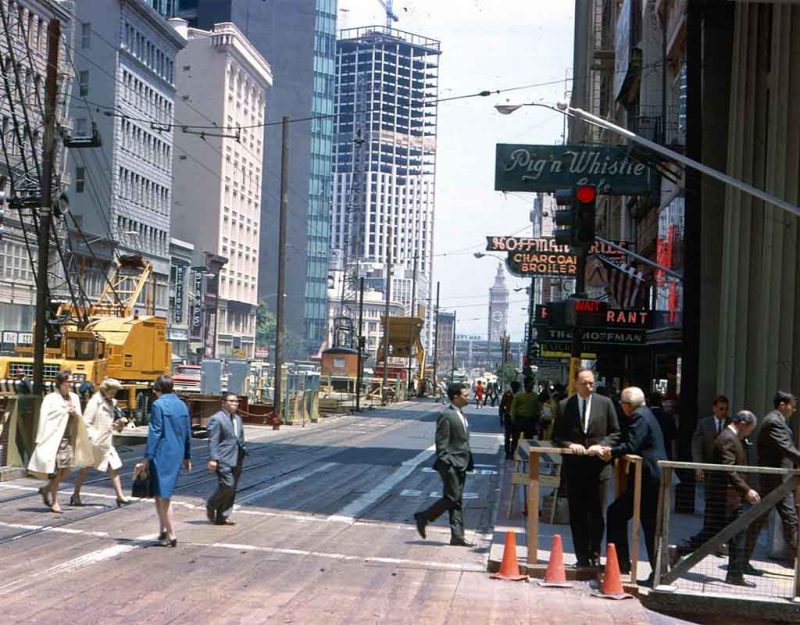 A friend of mine sold a property in town. His comment, when I congratulated him, was that he would have asked more if he had known about the taxes. Property taxes, capital gains taxes, licensing fees, and then income taxes on any rental he was paid before he sold.

Taxes make people greedy. When you know that there is a hidden cost to everything, you raise your price so that you are not the one left holding the bag, or in other words working solely to pay off taxes. Your goal contains the idea of not giving away your income to the tax man.

Before people get all uptight about this — as we are all taught, “love of money is the root of all evil,” usually by people who want our money for themselves — consider that most people are socking away for retirement.

When you retire, you either have a fat 401(k), a house or two you can sell, or not, in which case you are dependent on social security and whatever else you can crib together. Maybe your insurance covers expensive late-in-life issues, or maybe not. You need money to insulate you from horror.

Government built a “community center” a few miles away. Right on the inside of a nicer neighborhood that is next door to a sprawling mass of apartments and strip malls, it aims to serve the youth. Who? Mostly impoverished, homeless, and disabled people.

While it is a nice idea, if it went away, nothing would go wrong. These people would find some other place to congregate, and maybe get to know their neighbors. A couple dozen people would have to find other jobs. A bunch of land could have kept its trees.

When you look at our finances as a nation, three quarters of our budget goes to entitlements and we are still deeply in debt.

How did this happen? Obviously, money got thrown into holes, or dead end uses. Think of the Value Added Tax and how it accrues each time value is added to raw materials as they are made into products, wholesaled, and finally retailed; when that product is sold for the last time, that determines its final value.

Now consider what final value adds to the economy. People buying tools, land, businesses, vehicles, and stocks helps us; people spending at the convenience store, liquor store, hair salon, and movie theaters do not, really. The money dead-ends there. Our welfare programs make landlords and liquor store owners rich, but that money does not go any further than that; it does not grow the economy, or make life qualitatively better. It just buys off another problem.

That in turn requires more taxes, which they take out of people that they think we do not care about. “The rich” means local small businesses, doctors, and family farms. “Corporations” means big entities who simply raise the prices of their products which we require. We the consumers pay first at the tax office, and then every time we buy something.

In addition, our wages go down, because if you raise costs on a thin margin business, it has to take from several areas, starting with its most expensive, salaries. They also cut corners on their own infrastructure, waiting for insurance to pay off after the business vanishes in a fire after a decade.

When people look at this at the end of the month, they get a look on their face like the mark who gets swindled at the county fair by an optical illusion. The scam always works, and they never figure it out until the last moment, at which point they get mad.

In the same way, people do not really understand much of anything until they see the final figures, especially if they are over age sixty-five. At that point they realize that they were working their whole lives to pay taxes, even if they ended up fairly comfortable.

And what do we have to show for this? Mostly a ruined society, where we keep around a permanent underclass with monthly socialist-style payments in disability, welfare, and subsidized housing, healthcare, education, food, and bills. These people look miserable too, because they have enough to survive but never enough to live well.

Taxes make people hate life. They make people hate each other, because they know that their money is going to other people. They increase alienation between citizens and government, and make us wholly dispassionate and disinterested in the suffering of others.

The “yellow vests” pointed out all these things. The cost of saving everyone means that no one ever gets to really escape the system. You work until you die, doing nonsense so the economic figures look better, and then you have a lot less than you should have, so except for the top tenth of a percent, you live fairly meanly.

Humanity abolished the kings so that we could get away with this. People wanted the money to come to them, instead of being entrusted to aristocrats, but the problem is that then everyone has the same and that buys nothing, so we all work like slaves while pretending the system works.

Many things are falling in our time, so we will not find a single cause for the abandonment in their hearts of modernity by most people, but taxes factor in there. We are tired of hating our society and each other just because government takes from us to save us from ourselves.