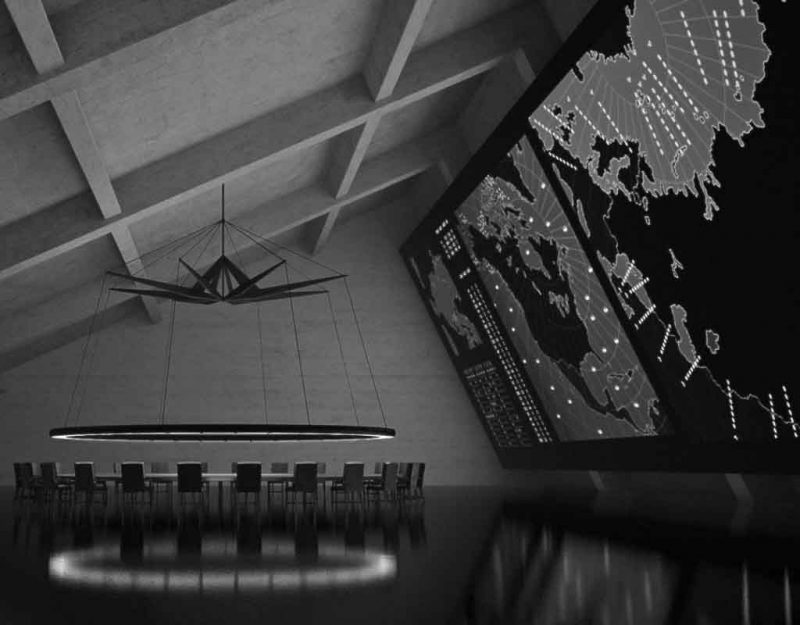 No one wants to face the grim truth of Western Civilization and its finances in AD 2019, but entitlements have made us broke. Given that three quarters of our budget goes to entitlements and only some of those programs have wracked up over $22 trillion in costs over the past fifty years, it would seem to stare us in the face.

However, humans have an infinite capacity for denial, and so we ignore that which goes against the narrative and agenda of our time, which is achieving symbolic equality for all people. This arises from the class warfare that started liberalization in the West long ago.

Unfortunately for us, the debt bomb has many tentacles, and they are all set to go off at once, creating a cascade of defaults. This will trash the value of currency, which is why people are converting it into real estate, companies that produce staples, and precious metals.

Let us look at some of the methods of our doom.

The federal government spent a record $3,727,014,000,000 in the first ten months of fiscal 2019 (October through July), according to the Monthly Treasury Statement released today.

Before this year, the most that the federal government had ever spent in the first ten months of a fiscal year was in fiscal 2009, when the Treasury spent $3,576,745,930,000 (in constant June 2019 dollars, adjusted using the Bureau of Labor Statistics inflation calculator).

In addition to that, it makes sense to look at state debt, adding up to a staggering figure:

Across America, elected officials, taxpayer groups, and other researchers have launched a forensic accounting of state and municipal debt, and their fact-finding mission is rewriting the country’s balance sheet. Just a few years ago, most experts estimated that state and local governments owed about $2.5 trillion, mostly in the form of municipal bonds and other debt securities. But late last year, the States Project, a joint venture of Harvard’s Institute of Politics and the University of Pennsylvania’s Fels Institute of Government, projected that if you also count promises made to retired government workers and money borrowed without taxpayer approval, the figure might be higher than $7 trillion.

Texas enjoys a reputation for budgetary restraint. Yet as Texas comptroller Susan Combs found to her dismay, the state’s towns, cities, counties, and school districts have racked up the second-highest per-capita local debt in the nation, behind only New York’s spendthrift municipalities. The total, nearly $8,000 per resident, is more than seven times higher than Texas’s per-capita state debt. Over the last decade, local debt in the Lone Star State has more than doubled, growing at twice the rate of inflation plus population growth. At the moment, Texas localities owe $63 billion for education funding—155 percent more than they did a decade ago, though student enrollment and inflation during that period grew less than one-third as quickly. The borrowing has also paid for a host of expensive new athletic facilities, such as a $60 million high school football stadium, complete with video scoreboard, in the Dallas suburb of Allen.

For more detail on how Texas — like many other highly diverse places — has spent itself into oblivion on the state level, see its state debt which has ballooned considerably.

Topping that off, many American cities are deep in debt:

Then we should look at personal debt:

Meanwhile, record American household debt, near $14 trillion including mortgages and student loans, is some $1 trillion higher than during the Great Recession of 2008. Credit card debt of $1 trillion also exceeds the 2008 peak.

Making that picture a bit more grim, we have rising corporate debt:

Total corporate debt has swelled from nearly $4.9 trillion in 2007 as the Great Recession was just starting to break out to nearly $9.1 trillion halfway through 2018, quietly surging 86 percent, according to Securities Industry and Financial Markets Association data. Other than a few hiccups and some fairly substantial turbulence in the energy sector in late-2015 and 2016, the market has performed well.

Then look at those in the context of global debt to make your heart race:

The world’s debt pile is hovering near a record at $244 trillion, which is more than three times the size of the global economy, according to an analysis by the Institute of International Finance.

The global debt-to-GDP ratio exceeded 318 percent in the third quarter of last year, despite a stronger pace of economic growth, according to a report by the Washington-based IIF released on Tuesday. That’s slightly below a record 320 percent of GDP in the same quarter of 2016.

Keep in mind that in most nations, most of this spending goes toward entitlements as well. During the postwar period from 1945 to the present, the biggest source of increase in national budgets has been entitlements, or direct payments or payments-in-kind to citizens.

When something hitches in the global economy, it will probably slam Asia first, which will destroy Europe, and then the disaster will come zooming across that wide ocean — at the speed of electrons — to crash into the USA.

This will set off a cascade of defaults, from towns, cities, corporations, and individuals to the federal government, causing the whole system to collapse like an accordion in a scenario reminiscent of the Great Depression.

In turn, banks and local stores will also start declaring bankruptcy as they find they have come to lack operating capital, and from that, big box stores and other essentials will start to suffer. How far it goes, nobody knows.

Adding fuel to the fire, there will be a value recapture from defunct industries and the Keynesian consumerist Quantitative Easing program, which added $3.5 trillion of fake money:

When conducting its quantitative easing programs, the Fed created brand new money out of thin-air (in digital form) and used it to buy Treasury bonds and mortgage-backed securities (MBS). These programs helped to boost the overall bond market, not just Treasuries or MBS. The chart below shows the growth of the Fed’s balance sheet since the Great Recession as it created over $3.5 trillion worth of new money. Each phase of QE caused stocks and bonds to surge. 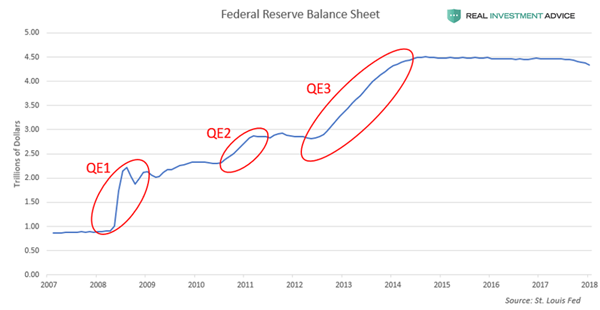 On top of that, over-valued industries like Big Tech will collapse, causing a market recapture of trillions in phantom value.

It might be a good time to dust off those tools, plant the backyard as a garden, and teach the kids to shoot squirrels. Years ago, when the oil market imploded, that is what people in Texas did to survive. Hope they have not forgotten how.