Tanya Gersh Lies About Her Actions That Caused The “Trollstorm” 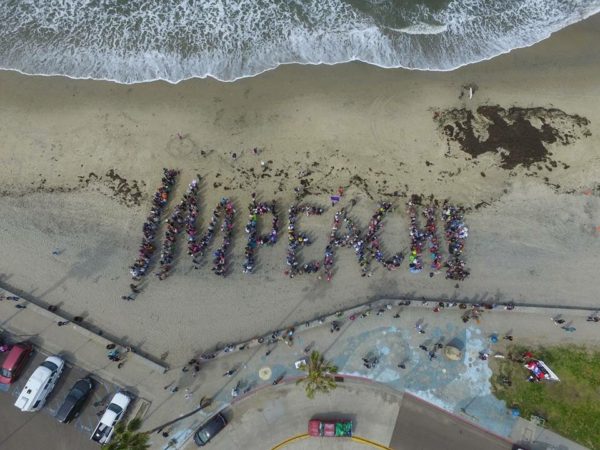 In perpetually-clueless The Guardian, Montana realtor Tanya Gersh — best known for her attempt to extort money from Richard Spencer’s mother — whines about how she has been made accountable:

The post on the Daily Stormer last December claimed I had been trying to extort and threaten the mother of Richard Spencer, a white nationalist whose family has a vacation home in our town. It had a photograph of me and contact information: phone numbers, email addresses, and links to social media profiles for me, my husband, my friends, my colleagues. It had my sonâ€™s Twitter handle. He is 12 years old.

…Do we tell our children that weâ€™re running in the middle of the night because weâ€™re Jewish?

There are too many lies so far, so we are going to stop there. First and foremost: are you running because you are Jewish, or because you committed the Federal crime of extortion in collusion with a Leftist terror group?

Here is the vital quotation from Richard Spencer’s mother:

On November 22, Gersh and I spoke on the phone. She relayed to me that if I did not sell my building, 200 protesters and national media would show up outsideâ€Šâ€”â€Šwhich would drive down the property valueâ€Šâ€”â€Šuntil I complied.

Tanya Gersh does not refute this statement anywhere. By doing so, she admits it is true. She spins it slightly different, but never refutes it.

However, she wants to shift the blame to anti-Semitism — admittedly a component of The Daily Stormer — instead of her own actions.

Jewish people may be as self-destructive as whites, which makes sense since Jewish people are just white people with an additional 2-5% of Semitic DNA.

Gersh, by denying the actual complaint and blaming anti-Semitism, is weakening every case of outrage at actual anti-Semitism. She broke the law. Deflecting from that will make people very angry. This is how Holocausts happen, just like the 40% participation in the Communist Party by 2% of the general population made it all too easy for people to buy into the anti-Semitism and go along with the raging mob.

Then, with no warning, Sherry Spencer published a post on Medium attacking me and telling a twisted version of our interactions.

Gersh seems to forget her own statements:

â€œShe (Sherry) is profiting off of the people of the local community, all the while having facilitated Richardâ€™s work spreading hate by letting him live and use her home address for his organization.â€

She contradicts herself and in doing so, proves that her statements in The Guardian are lies.

That being said, Amerika stands against anti-Semitism. Jews act in self-interest like every other group, and the solution as Theodor Herzl said is nationalism, or relocation of Jews to a land of their own where they are safe. (The last part is crucial; they are not “safe” while Palestinians, Syrians and others are raging around with homemade missiles and suicide attacks.)

We also do not take the position of The Daily Stormer, although we do not support the lawsuit against them either. The correct response to abusive and criminal realtors like Tanya Gersh is to submit a complaint to the regulatory board. Note: she has not been prosecuted for her extortion attempt.

Instead of acknowledging her own failings, Ms. Gersh and those who support her have embarked upon a disastrous lawsuit which can only end badly:

Andrew Anglin, publisher of far-right site Daily Stormer, has been sued in Federal Court today for $300,000, stemming from his reporting about Tanya Gersh, a Montana real estate agent who he accused of attempting to extort Richard Spencerâ€™s mother into selling a Whitefish, Montana property. In the lawsuit, Anglin is accused of creating a â€œtroll stormâ€ against Gersh that caused her emotional distress and anxiety.

…The lawsuit, filed in the U.S. District Court for the District of Montana, Missoula Division, seeks compensatory and punitive damages. It accuses Anglin of invading Gershâ€™s privacy and intentionally inflicting emotional distress. It also outlines how his campaign violated the Montana Anti-Intimidation Act.

If the courts approve of this suit, they are going to open the door to infinite frivolous lawsuits by people enraged at their clashes with others. After all, what did Gersh lose? She received threatening messages by phone, email and social media. She lost her job, but then again, she also committed a crime, so Gersh losing her real estate license or job is hardly Anglin’s fault. It is Gersh’s fault.

On the other hand, if the court refuses this case, they may open the door to more online harassment. Then again, one wonders if that cat can be put back in the bag, since too many people rely on online information as “true” and not enough realize that it is the new daytime television, i.e. of dubious truth value at best.

In the bigger picture, however, the truth is plain: Gersh is not a good actor here; in fact, she is committing what can only be viewed as extortion. American courts are unwilling to raise this case because they fear violating political correctness.

At Amerika, we both reject trollstorms and think Tanya Gersh belongs in jail. Sherry Spencer did not deserve this attack, which leveraged the threat of Leftist rioters against her, and Richard Spencer should be able to speak his mind without all of these puny, parasitic people attacking him.

All of this is more evidence that America the nation ended years ago. There was a chance for a nation here, but instead, we divided it up into special interest groups, and now they are warring it out in court, essentially passing the costs on to the rest of us. As Roosh V elaborates:

As for prudent measures to protect yourself, I recommend not criticizing or speaking against individual Jews in the United States, who can reach out to multiple organizations with deep pockets. Jews are a privileged group that can not be criticized like heterosexual men or white people can by the media or organizations like the SPLC, which came after me in 2012. This lawsuit proves that even a middle class Jewish woman in the middle of Montana has the full backing of the powerful Jewish lobbyâ€”with tens of millions of dollars in the bankâ€”to attack her enemies.

He’s right, but we should elaborate on this: Jews are only one of the many special interests dividing America. GMO foods, elderly pensions, women, military contractors, Hispanics, the pharmaceutical industry, minority races, minority religions and mothers against drunk driving all have their advocacy groups, donors and lobbyists. This is how democracy always ends, as a de facto oligarchy that becomes so chaotic it culminates in tyranny.

In the meantime, the actual problem remains unaddressed. Sherry Spencer should not have been persecuted for her son’s beliefs. Tanya Gersh (and others) did the persecution. We need to end the situation where people can be attacked for their beliefs alone, and grow up and accept differences in thought.

Happy HitLARP Holiday! | Richard Spencer Defeats The Establishment And Antifa In One Blow