by Jonathan Peter Wilkinson on December 6, 2017 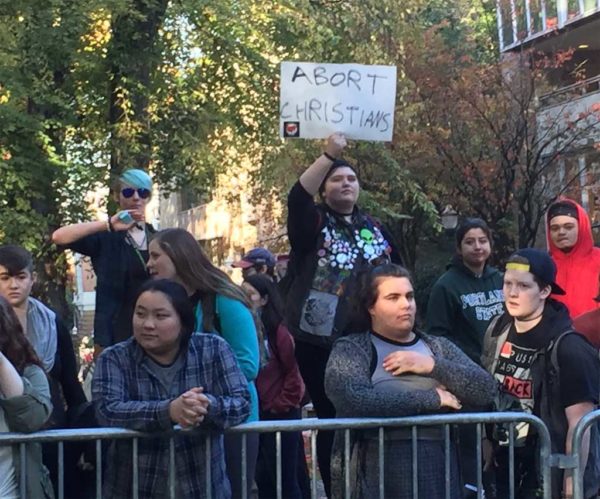 You can’t be a Real Conservative and still like Poland. Let me tell you all why the latest Polish Joke will forever render them a laughingstock of retrograde, Christianist thinking.

Polish MPs have approved a bill that will phase out Sunday shopping by 2020. Initially proposed by trade unions, the idea received the support of the ruling conservative Law and Justice Party, who want to allow workers to spend more time with their families. The Sejm, the lower house of Polandâ€™s parliament, passed the bill by 254 to 156 to restrict Sunday shopping to the first and last Sunday of the month until the end of 2018, only on the last Sunday in the month in 2019, and to ban it totally starting in 2020. It will still be permitted, however, on the Sundays before major holidays such as Christmas. Some bakeries and online shops will also be exempt.

You see Poland fails to worship Â¡THE MARKET! You can’t be a Real Conservative and not worship money and work. If you take Sunday off, and are on your knees doing anything other than sucking a fat one, Modernity will teach you that it is a jealous god. Poland rebels. Poland looks at Black Friday and realizes, perhaps, that in Amerika NFL stands for Not For Long. A nation that tolerates this sort of garbage does not legitimately qualify as a nation. This Black Friday incident fairly close to where I live brings home what happens when Â¡THE MARKET! gets prioritized over the culture.

Poland has priorities. The Poles get that a market is a distribution system. It is not a god. You do not worship Walmart. You buy your consumer non-durables there when it is convenient for the pervading and more important culture and religion to allow Wal-Mart to serve its necessary but limited function.

Nobody should feel that they have to take a third shift 11PM Sunday to 7AM Monday at minimum wage to avoid getting fired. Work should not be that important a part of a balanced and successful life. If that means The Rational Consumer loses marginal utility having to buy his baloney sandwich fixings at 9AM Monday or later, than maybe; just maybe, The Consumer should just damn well tie she/he/its guts to its shirt. Convenience is not the most important thing in life.

There are three things that can keep a nation unified at the end of any day ending in “Y”. They are all more important than the false and ultimately self-defeating whims of the market. A common cultural heritage, a common language and a common religious faith. Christianity provides Poland with two out of the three. That gives Poland a whole lot more to base itself upon than Germany, Great Britain and Amerika, whatever those things still are. Poland fights back against the rot of diversity, consumerism and robotic replacement of its people. Poland will ultimately laugh last and laugh loudest.

Those who tell dumb pollack jokes apparently lack the deeper understanding of life Poland and its government are putting on display. They get that Sunday shopping wasn’t just an option or a convenience. It was a destructive surjection of Modernity over a vital part of national identity. Jesus may have gathered sustenance on The Sabbath, but he also knew when it was time to chase the moneychangers out of the temple.

And said unto them, It is written, My house shall be called the house of prayer; but ye have made it a den of thieves.

What we learn from both the Polish and the verses I’ve cited above is that the economy of a nation is a necessary but not sufficient condition to its greatness. That also the economy must exist on an Aristotelean balance between The Socialist Deathcult and the heresy of the soulless Homo Economicus. We need a functional economy to give us this day our daily bread. We cannot, however live by that daily bread alone.

The culture and the people are more important than the economy. The economical organization is merely a tool or an algorithm that must be controlled and maintained in proper proportion tot he greater societal good that it serves. Poland has chosen the greater societal good and managed to walk along the beam of proper Aristotelian Balance. Only the fools would make jokes about the dumb pollack today.