The Failure Of Laissez-Faire As An Organizational Principle 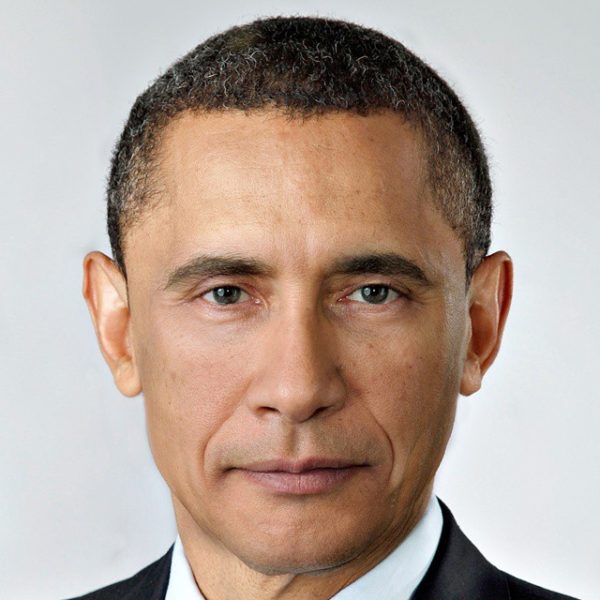 I grew up as a sort of late-comer in a large achiever type family, who managed things over my head, allowing me to simply go about my business.

Growing up like that was nice because the reliability of â€œmyâ€ society was fantastic. I mean things like family Sunday-lunches, family holidays happened regularly without any input from me. I literally never asked for anything or â€œmanipulatedâ€ my parents because I knew â€œitâ€ was going to happen. However, I do remember being bored enough during some holidays to wish for schools to start-up again.

Later in life I married and divorced when my girls were in primary school. I was devastated and tried to take custody but the Court said that unless I could prove my wife to be a bad mother, it was not going to happen. She was not a bad mother, so I had to move on. Later I married a single mother who came with a matriarchal mother-in-law assuming many of the duties to â€œlook afterâ€ the young man destined to become my step-son.

I knew going in that this was going to be a difficult assignment. Having come from a society where people did nice things for one another so that they could increase the quantum of niceness in their local community, I adopted a position of accommodating the needs of these three new additions. I would have been a fringe father figure anyway as I was not a biological dad in this case, so I abdicated my fatherly responsibilities in order to allow the mother-in-law and mother to have the control they sought. It was the nice thing to do.

Some days later, I stumbled across this definition of Laissez-Faire, which is the principle that replaced top-down hierarchy:

2: a philosophy or practice characterized by a usually deliberate abstention from direction or interference especially with individual freedom of choice and action…[it comes from the] French laissez faire, imperative of laisser faire “to let (people) do (as they choose).”

Living on the southern point of Africa, I am not the only one being â€œlaissez-faireâ€ because the native tribal culture in the area around me is the same. In fact many commentators might say the entire Africa is â€œlaissez-faire.â€ One native language term for it is (and this will be controversial) â€œemisebenziâ€ which Google translates as â€œjobs.â€ In this context a descriptive explanation might be that â€œwe want jobs,â€ but that itâ€™s OK if those come tomorrow.

Ten years after I became a fringe father figure, I saw the essence of SJW-type culture when three generations of family members attacked me with an accusation of being abusive. I had thought that honesty was important, and that people who did nice things should be rewarded in kind, but SJW-culture is different. It operates on pure opportunism: if they can get something from you by using one of their carefully-crafted categories of victimhood, the truth does not matter. Only what they want.

Naturally the allegations fell apart but here, now, I saw the face of laissez-faire: if you tell people to do whatever they want, you have opened the door to the lowest common denominator of behavior, since all behaviors are now equal. What people need to hear instead is a trinity: x behavior will be rewarded, y behavior will be punished, and anything else falls in z which gets neither punishment nor reward.

I may be in control now, but somehow I canâ€™t prevent myself from wanting to be nice, hence I remain a â€œlaissez-fareâ€ father. Only this time I can see mistakes in real time.

One group I worked with came up with a managerial technique which uses â€œvaluesâ€ as a performance measure to align employees of any orientation. The practical outcome is that financial performance improves as adherence-to-values improve.

The same can be done with SJWs despite their lies. When applied as moral pressure, adherence to values determines whether a person is included in the group or not. It immediately becomes clear that some values should come before others. For example trustworthiness is important to become part of a group, even in criminal gangs. If you trust someone, you will listen to that person. This means you will be trainable and changeable, which means that knowledge can be passed on through the group.

That however implicates another important value: honesty. To achieve the desired outcome in training, the person being trained must be honest in admitting what succeeded and what failed. This is not just necessary for training, but happiness. Someone who approaches success and failure honesty is actually integrated with the task, and when he attains victory, will be able to take pride in his achievement because the impetus came from within. If his only celebration is more money or prestige, there is no personal component and so trainability is limited to technique, not goals or understanding.

The group affirms its values with every victory. Once you have achieved something, your group will acknowledge your achievement, which will lead you to have to acknowledge similar achievements by others. This bonds the group to its values. It is a mistake therefore to assume that people adhere to values if there is no reward or punishment involved. Achievement rewards, and the group bonds; but if they are not punished for failing to perform according to the values, they get to be in the group and experience that benefit without having done anything to merit it. This creates a parasitic and resentful psychology.

I realized the same rules apply in a family, which like a corporation, gang, military unit or tribe in the wilderness needs to bond itself through values. Being nice as a father exacerbates the lack of values in children because they are given membership in the family without having to do anything of their own, from an inner impetus, to contribute to it. When being good and being bad have the same consequences, it is more efficient to be bad, because you get the same benefits and can do whatever you want too.

Failing to punish activity outside of values will result in the entire societal environment rotting away. As clients using the method described above demonstrate, if values go down, the company eventually goes bankrupt. In a family, because financial solvency is not derived from the operations of that family, what collapses is trust and even enjoyment of your fellow family members.

The other side of this coin is that leaders must lead by positive example. A child will notice when you are busy and will leave you be, by playing on his own. However, if you sit behind a computer, all bets are off, because it looks the same as if you are sitting behind a television. Sitting behind a television appears to the child that you are doing nothing. Children speak the truth; televisions are literally â€œnothing.â€

Young children learn survival from their parents, they want to sleep, go to the toilet, eat and drink. Anything that disrupts that will be cried over because itâ€™s a threat. If you tell the child to keep quiet because you are watching television, the television becomes the threat. Later in life he will watch television and tell you to shut it.

A local sociologist expressed concern about an increase in teenage boys abusing and killing their mothers. Like SJWs, these people are showing the effects of dark organization created by a lack of clear values.

Instead of being â€œactiveâ€ examples — washing floors, mowing lawns, washing cars — parents have become passive examples. This leads to the problem of promises. For example, a parent will watch television and to avoid an â€œimportant bit,â€ they will promise the child something like â€œjust wait dear, we will take you to the playground/movies tomorrow.” This turns children into master manipulators.

Children learn from you. Little children raised on the “tomorrow plan” will learn to do the same to you. They will, long before they can tell time or read a calendar, ask you what you will be doing tomorrow. Through this they learn to persuade and eventually manipulate their parents as a way of working around the unclear values of “do as I say, not as I do” implied by a parent prioritizing doing nothing over interacting with the child.

Master manipulators live in the future by ignoring anything you tell or teach them. They have only one goal: the expectation they have in their brains — a “want” or “need” — regardless of the consequences. For them, consequences do not exist because without a clear values system, all that matters is whether they get what they want or not.

The failure to consider the consequences of actions planned and executed is a problem because the situation will turn violent and vicious if the expectation is not met. The (by now) well-known effect of a SJW â€œmob-attackâ€ based on â€œwordsâ€ is a clear example of the threat to some unknown future â€œexpectation-loss.â€ The SJW, having grown up without values, knows only what they want and how to argue for it, and when they are denied it feels like a denial of their existence itself.

Parents have to manage children just as surely as we manage employees or soldiers. The grim, socially unpopular and thus suppressed truth is that laissez-faire leadership produces sociopaths. The mistake a laissez-faire father makes is to fail to be an example of engaging threats, because the engagement of bad things is necessary to enforce what is good and therefore, to give the child a target larger than his own expectations.

Children instinctively expect their fathers to make war against threats, whether a rattlesnake in the rose bed or criminals lurking around the back porch. They also expect their fathers to make internal war against bad behavior, both in the child and in the father, so that if the child needs attention and the father is watching television, the father stands up and turns off the device to instead affirm the positive values of the family itself by engaging with his child.

In a democratic society, the inability to enforce these values creates waves of alienated sociopaths like SJWs. A father and his son drive by a mosque on the way to church, and the son asks why they are not going to the mosque instead of the church. Pluralism does not provide a values-based answer, but an expectation-based one; saying “we just like this better” reduces an important life-choice to a triviality like which condiment one puts on french fries.

In that situation, the father has to either speak up the plain truth and say that Islam is not desired whether because it is foreign or bad, or he has to tacitly endorse the mosque and destroy values systems. If he says Islam is bad, he reveals himself to be cucked, because if it is really bad, he will be making war against it. His failure to do so affirms moral equivalence — good and bad are the same — in the mind of the child.

There is much more that one can say on this subject, but I do not actually have answers as to how things should be. All I know is, I am a laissez-faire father and it irks me.