Metaphor For Modernity: The Ring of the Lydian Gyges 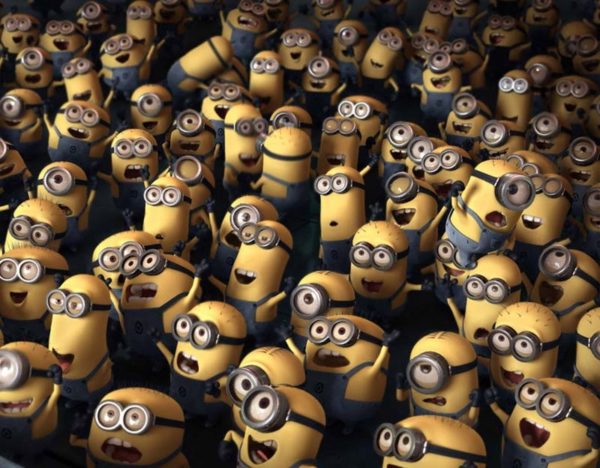 Modernity presents a paradox to us: a collective, formed of individualists, acting for equality, so that each individual can have the power of the crowd but the anonymity of the mob. It conceals its core, which is a focus on the desire of the individual to never fall short of a social standard, and therefore to be “equal” despite outcomes, or in other words, not accountable for the results of his actions.

This reverses the principle that makes any society great, which is “good to the good and bad to the bad,” or rewarding people by outcome. Those who do great things have great rewards, where those who do not achieve anything good are not rewarded, much as is the case in the order of nature. It resembles natural selection and our tendency to esteem those who demonstrate proficiency.

Naturally the herd rebels against this. Most people do not distinguish themselves, so in any large group, the lowest common denominator wins out. They want to be recognized for something other than real-world activity, namely their social activity, and they insist on this to the point that everything else might as well be destroyed so they get what they want.

Humans find it hard to describe this process conceptually. On one level, they seek power, but even more, they want power to contradict obvious reality and common sense needs of civilization and the individual. This means they want to control perception and through that, force other people to accommodate their non-realistic and non-necessary “needs.”

Control proves to be a seductive virus. It says: the rules do not apply to you, and you come before everything else. When disguised as something altruistic through the theory of equality, this notion becomes irresistible to most humans, resembling a virus or parasitic infection.

Plato gave us an even more powerful metaphor: the ring of the Lydian.

Plato uses this metaphor to argue that where anonymity — as one experiences in a crowd — exists, there will be no honest people. To be a God among men would seduce just about anyone. In that sense, by hiding the individual, the ring reveals the individual, or how much tendency they have toward good.

Modernity is like this ring because we are atomized, or isolated as individuals, and therefore only have power in groups, for which we are not accountable. We vote anonymously, supporting a party instead of standing for its decisions. In the city, we are part of a faceless herd, much as we are at a carnival or large party. We act invisibly on a social level and are able to deny accountability.

Immanuel Kant raised the intensity of this metaphor by arguing, as did the Hindu and pagan thinkers, that the inner spirit is where we must focus in order to be able to do what is right and good. He offered us a simple idea, namely that everyday evil is the most pervasive form, and that any violation then conditions the heart, and encourages more. Kant’s concept of radical evil informs our knowledge of inner discipline:

Unlike original sin, which Christian belief has understood as inherited, radical evil is self-incurred by each human being. It consists in a fundamental misdirection of our willing that corrupts our choice of action. In Kant’s terminology, it consists in an “inversionâ” of our “maxims,” which are the principles for action we pose to ourselves in making our choices.

Instead of making the rightness of actions — i.e., the categorical imperative — the fundamental principle for choice, we make the satisfaction of one of our own ends take priority in the willing of our actions. We thus inculcate in ourselves a propensity to make exceptions to the demand of the categorical imperative in circumstances when such an exception seems to be in our own favor.

To steal a candy bar, then, is to interrupt the principle in our minds that we ought not to steal because we are taking from someone else a part of his wealth and through that, his time; this literally drains away his life, because time is the only irreplaceable commodity in life. Even more, a single theft conditions us to see the world through a lens in which theft is acceptable.

In order to escape modernity, we need to answer the ring of the Lydian with a strong statement of radical good. That is, our actions are measured by their ends. A theft or murder that leads to a good result is a good thing, and should be rewarded, much as it was in the ancient pagan texts like The Odyssey. If the result is bad, or out of context in the natural order and hierarchy, then it is worse than bad in a social context, because it is an insult to the gods and therefore to reverence of life itself.

Humanity struggles to find a moral order in this time of horrors. One theory suggests that people have different abilities to perceive what is good, and that those who desire good would do good in results even if by using evil methods like theft and murder. While this offends the universalist idea of a set of moral rules to which all are subject, it seems to more accurately describe the quest for human thriving.

Free Speech Reddit Alternative Voat Is Under Assault By Leftist DDOS Attacks | When Did Music Become So Cretinoid?