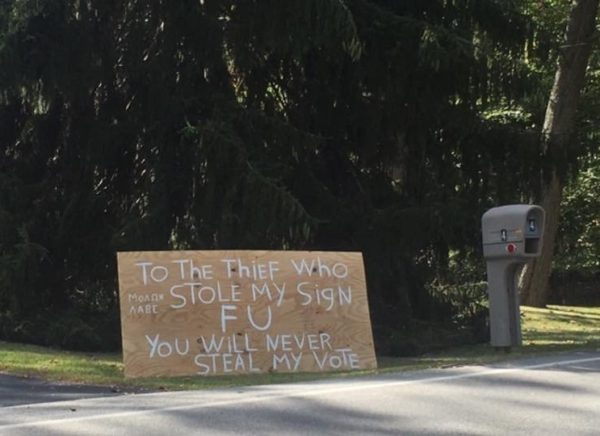 William S. Burroughs famously said, “Language is a virus.” It seems that social science has finally caught up with him, and the idea of mental viruses spread by social contact has gone mainstream:

We are used to the idea that diseases can be passed down from person to person. One gets ill and gives the sickness to everyone he meets, and so on till you have an epidemic. But what about ideas? Can ideas infect societies like viruses?

“Memes should be regarded as living structures, not just metaphorically but technically,” writes Dawkins in “The Selfish Gene”. “When you plant a fertile meme in my mind, you literally parasitize my brain, turning it into a vehicle for the meme’s propagation in just the way that a virus may parasitize the genetic mechanism of a host cell. And this isn’t just a way of talking — the meme for, say, ‘belief in life after death’ is actually realized physically, millions of times over, as a structure in the nervous systems of people all over the world.”

The important idea here: the virus makes you like it because it seems to make you look good in a social context, but it is using you for its own ends. Its goal is to live on.

In addition to William S. Burroughs and Richard Dawkins, noted cultural commentatory curmudgeon Tom Wolfe has also spotted language as a virus, or at least a nexus of control:

Evolution came to an end when the human beast developed speech! As soon as he became not Homo sapiens, “man reasoning,” but Homo loquax, “man talking”! Speech gave the human beast far more than an ingenious tool. Speech was a veritable nuclear weapon! It gave the human beast the powers of reason, complex memory, and long-term planning, eventually in the form of print and engineering plans. Speech gave him the power to enlarge his food supply at will through an artifice called farming.

…One of Homo loquax’s first creations after he learned to talk was religion. Since The Origin of Species in 1859 the doctrine of Evolution has done more than anything else to put an end to religious faith among educated people in Europe and America; for God is dead. But it was religion, more than any other weapon in Homo loquax’s nuclear arsenal, that killed evolution itself 11,000 years ago. To say that evolution explains the nature of modern man is like saying that the Bessemer process of adding carbons to pig iron to make steel explains the nature of the modern skyscraper.

Language is power, and language is seductive. It knows no master but itself. We have all been warned. Not only that, as Immanuel Kant would note, we now know what evil is and the burden has fallen on us to avoid it. Perhaps the greatest evil is to tell a lie or a partial truth, knowing that the words used will program someone else, and lead to consequences in physical — and perhaps metaphysical — reality.